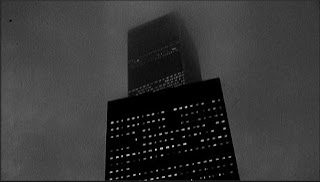 All right, so there is this movie playing at Real Art Ways in Hartford starting tomorrow (Friday, June 10, 2011).  It looks cool.  I have only seen the trailer so far.  I’ll definitely watch it. Perhaps I’ll see you in Hartford.  Perhaps you’ll get one of these pairs of passes I have to give away.  The passes are good for the entire run – so you don’t need to go to a particular showing of it. To get a pair of free passes email redscroll@gmail.com with the subject “Blank City Passes” and answer this simple question: What band was this Mr. Thurston Moore involved with at the tail end of the initial No Wave movement?  Super easy really. The first couple people to email the right answer (I mean, c’mon, really easy) will get these.
[Some press material for the film follows – check it out y’all.]
Blank City Official Trailer from Celine Danhier on Vimeo.
Blank City A film by Céline Danhier
USA • 2010 • 94 MINS. • INSURGENT MEDIA