Hey all, we got new T-Shirts in today. They are super limited (we had 50 in total – some have been sold already; S-XXL only and we’ll not be reprinting these three color works of art). Printed on Next Level brand shirts (they’re nice) and merely $15!  We’ll put some for sale on the internet (on our website) in the next couple days for those out of range interested. For those in the area I’d suggest coming by and rocking this with regularity.

I first heard this Gainesville, Florida punk quartet on Fat Wreck’s “Protect” benefit compilation in 2005: several months ago, they finally released their third album. Their name may induce giggles, but for this album’s thirty-five-and-a-half minute running time, the Grabass Charlestons are all about solid, spirited sunny-day punk (with a hint of classic rock,) like a more melodic and less “hardcore” Dillinger Four. The album appears to have a theme of being reborn as “The Careeners” singing about characters Dale and Cassandra struggling through drug addiction: a subject that I wouldn’t expect from such a feel-good sound.  My favorites include the beaming opener urging to “shine on” through “Stormy Weather,” as well as mid-tempo “Apocalypse Whenever,” with shouted verses that reminded me of Against Me!’s style.
[Reviewer: Mark]

Lustmord The Word As Power
(Blackest Ever Black) 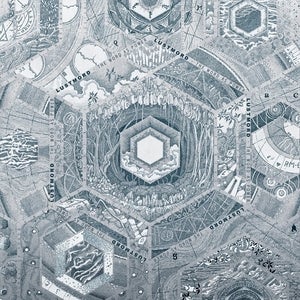 Bleak atmospheres with lush soothing feminine singing. If you grew up Catholic you might even feel nostalgic for you (though not directly). I grew up Catholic. This is soothing and cathartic and not actually Catholic in any respect.
[Reviewer: Rick]

Formed in Olympia, Washington in 1995, this currently Portland, Oregon-based experimental band plays a dizzy mix of noise rock, art rock and no wave. This album is a reissue of their 1997 debut, which also includes eleven songs in their original four-track recorded versions. Old Time Relijuns’s members at the time were Arrington de Dionyso (5-string guitar, vocals, bass clarinet, alto saxophone, etc.) with Aaron Hartman on string bass and Bryce Panic on percussion. Their raw, funky brand of avant-garde kicks off with “Sabertooth Tiger,” using a memorable beat and bass melody, with Dionyso’s jagged, drifting voice bringing it all together. Another track, “Fig,” moves into straight-up jazz territory with both cool bass plucking and screeching sax. The whole experience is certainly an interesting ride for those who like uneasy listening.
[Reviewer: Mark]