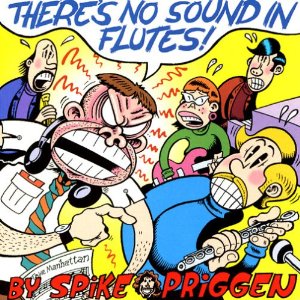 (Volare)
This upstate-New York-based singer-songwriter and recording artist plays lively, sunny and jangling pop rock. Priggen cites influences such as power pop, New Wave and 80s punk, with the resulting sound flowing as an easy-going mixture of those styles, plus more (including country rock) to sound more unique. His primary duties include – but aren’t limited to – vocals and guitars, and with the help of plenty of guest musicians handling strings, chimes, organs and tambourines (to name a few,) Priggen’s sound breathes like a summer day. For example, the subject of relationships takes an unexpected spin: beaming opener “I Know Everything” acknowledges that while he loves “everything” about someone, it may be “wrong to be right.” Also, songs with self-explanatory titles such as “Everyone Loves Me But You” and “I’m So Glad You Broke My Heart” sound like graceful emergences from bad experiences.
[Reviewer: Mark]

Vår (War) No One Dances Quite Like My Brothers 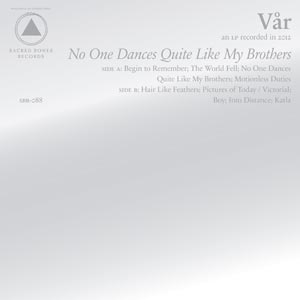 (Sacred Bones Records)
Elias Rønnenfelt of Iceage and Loke Rahbek of Sexdrome & Lust For Youth (among others for both mentioned) started this lo-fi pop project a couple years back and have since added a couple members and upped the pop a bit. This thing is infectious (thing = album). Cold infectious pop. That actually sums it up quite nicely, but I’ll use a few more descriptors here: moody, melancholic industrial dance fun.
[Reviewer: Rick]


As ever, if you’re viewing from a non-drivable distance please check what we have for sale (these titles and more) at http://www.discogs.com/seller/Redscroll. 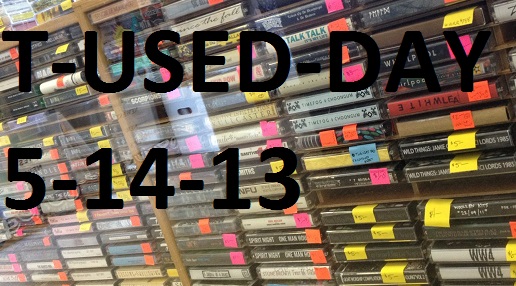 Here are some of the latest used arrivals at the shop. Keep in mind this doesn’t include any of the CDs or many of the LPs in the general rock/pop/jazz/anything-in-the-back-room that we get in.  These are the in-store prices – if you’d like to find any of these online please visit us here: http://www.discogs.com/seller/Redscroll 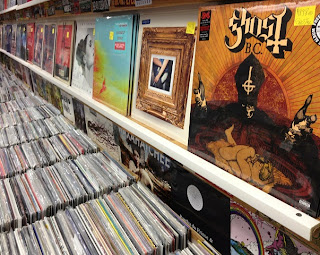 HAPPY BIRTHDAY TO US! We are 6 years old today. We opened our doors on April 12, 2007 and it has been pretty incredible to see what this store has become with all of your support. So, thank you and we’ll continue to keep pushing to be better each year than we were the year before (or today better than yesterday even).
Nate Even Made Us Some Birthday Cards! 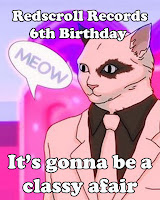 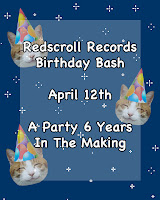 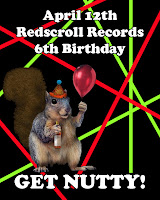 [The party in question is the ongoing party that is our store! So, you know, not formal and only occasionally raucous.] 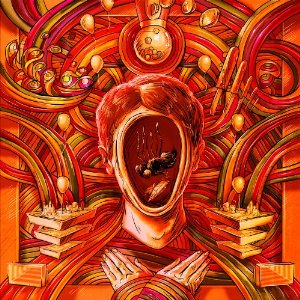 (Hometapes)
A well-known figure in Philadelphia’s music scene, Michael Johnson uses his second full-length to expand on the late-80s/early-90s neo-psychedelia sound, which included bands like Mercury Rev and The Boo Radleys. He uses a rotating lineup of musicians to build up a wall of melodic synth, with the resulting songs drawing elements from genres such as psychedelic rock, alt-rock and New Wave. In addition to sunny risers such as opener “A New Low! It Sucks Itself!” and “Cocaine & Guns ASAP,” the comfortably cool 80s-flashback songs are my personal favorites. The drifting ambient dream “Beneficiary (Don’t Blame Me)” and richly radiant memory “Weak in the Teeth” made me feel the most at home, almost like I was reliving an era I was too young to remember.
[Reviewer: Mark] 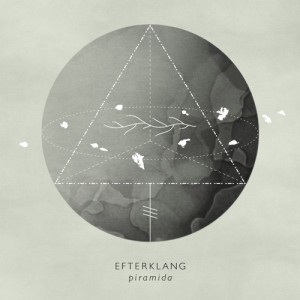 (4AD)
To get inspiration for their fourth album, this Danish indie-rock group spent nine days at an unexpected location: the former Russian coal mining community of Pyramiden, located on Norway’s northernmost archipelago and active for most of the 20th century. They captured over a thousand field recordings there, which they later expertly interspersed with instruments such as synth, piano and brass to create a subdued but very emotion-rich, moody sound. Right from the start of the haunting opener “Hollow Mountain” is an ancient-sounding melody created by lightly tapping a huge, hollow metal cylinder found on the settlement, soon joined by a mournfully angelic dirge, Casper Clausen’s far-reaching baritone, and synth and brass to complete the feeling. The lost-love lament “Apples” continues with a more dramatic, personal direction, telling someone to “run away” to be forgotten. One particular surprise is “Between The Walls,” starting out electronic as elegant-sounding glitch and swelling into a grand synth/brass ensemble.
[Reviewer: Mark]

The Story So Far What You Don’t See 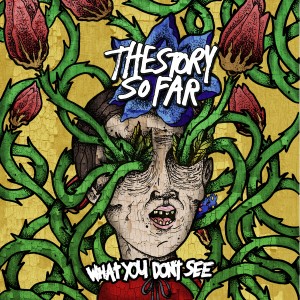 (Pure Noise)
On their sophomore release, The Story So far have progressed their musical ability and sound as a band. What You Don’t See is a logical progression musically from their previous release, which is a breathe of fresh air for listeners who feel like bands change their sound too much between albums. This record is an honest confession by vocalist Parker Cannon and how he feels. Unlike many bands in the pop punk genre who sing about generic break-ups and skateboarding, The Story So Far provide a genuine and personal feel about how it feels to be in a band at their level of success, while also singing about love and loss that listeners can relate to. The Story So Far are swiftly rising in popularity in this new wave of pop punk bands including The Wonder Years and Man Overboard. After the release of their previous album, Under Soil & Dirt, this band has blown up in this scene and listening to their sophomore album it is easy to tell that this is not a fluke.
Suggested Tracks: Stiffled, Right Here, Empty Space, All Wrong
[Reviewer: Nate] 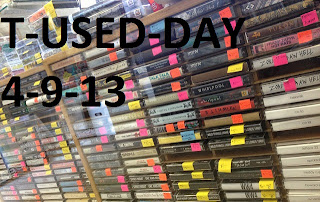 Here are some of the latest used arrivals at the shop. Keep in mind this doesn’t include any of the CDs or many of the LPs in the general rock/pop/jazz/anything-in-the-back-room that we get in. These are the in-store prices – if you’d like to find any of these online please visit us here: http://www.discogs.com/seller/Redscroll

We also got a slew of 7″s/45s (Bargains – All less than a buck). You’ll have to come in and look through those to see which ones.