Our upcoming shows this week include Kimya Dawson at Space Ballroom and Old Crow Medicine Show at College Street Music Hall. We also just announced that Sean Rowe will be returning to Space Ballroom on November 1st! 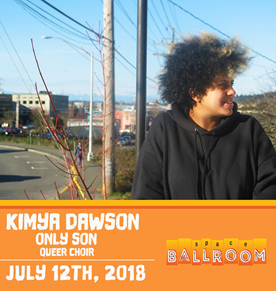 INFO: Kimya Dawson is a celebrated writer and singer of songs and an all-purpose force for good in the world. First making her artistic mark as half of the anti-folk duo the Moldy Peaches, Kimya soon turned to solo work, where the twisted punchline poetry of the Peaches was deployed in the service of Dawson’s gem-like personal narratives, creating such singular works as I’m Sorry That Sometimes I’m Mean (2002), My Cute Fiend Sweet Princess (2004), Hidden Vagenda (2004), Remember That I Love You (2006), and Thunder Thighs (2011), and earning her a 2009 Grammy for her work on the soundtrack for the film Juno. More recently, she joined forces with hip-hop artist Aesop Rock to form the Uncluded, whose debut record Hokey Fright was released to critical acclaim in 2013. She frequently tours the world, often with her kid Panda by her side.
LIMITED AMOUNT OF TICKETS ONLINE & AT THE DOOR TONIGHT: http://ticketf.ly/2IM5Twr 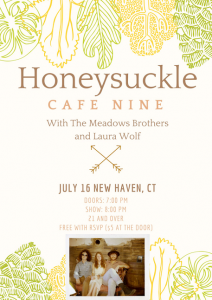 INFO: Honeysuckle is a progressive folk act that blends older influences and traditional instrumentation with modern effects and inspiration. Comprised of Holly McGarry, Benjamin Burns, and Chris Bloniarz, the trio can frequently be found performing in the Boston area and surrounding cities in the Northeast, playing alongside bands like Drive-By Truckers, The Ballroom Thieves, Boy & Bear, Sam Moss, The Western Den, The Novel Ideas, Shook Twins, John Craigie, Grey Season, Damn Tall Buildings and others. In 2015, Honeysuckle performed at Newport Folk Festival, was chosen as a Converse Rubber Tracks artist, and was nominated for Best Folk Artist of the Year, and Best Americana Artist of the Year at the annual Boston Music Awards.
FREE WITH ADVANCE RSVP ($5 at the door): https://ticketf.ly/2KT37q0 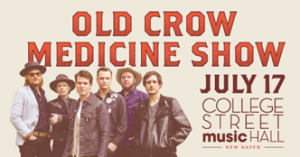 INFO: Old Crow Medicine Show started busking on street corners in 1998 New York state and up through Canada, winning audiences along the way with their boundless energy and spirit. They eventually found themselves in Boone, North Carolina where they caught the attention of folk icon Doc Watson while playing in front of a pharmacy. He invited the band to play at his festival, MerleFest, helping to launch their career. Shortly thereafter the band was hired to entertain crowds between shows at the Grand Ole Opry in Nashville, TN. And the rest is history….
TICKETS ON SALE NOW: http://ticketf.ly/2IBkz17 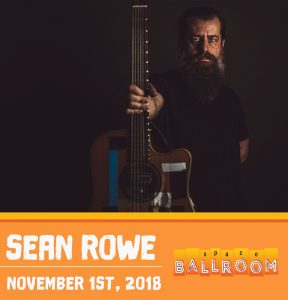 INFO: Though Rowe has often made his hometown of Troy, New York and its surrounding areas his creative base, New Lore brought a new environment, and a new producer. Appropriate to his love of folk-blues legends like Howlin’ Wolf, he ventured to Sam Phillips Recording studio in Memphis to work with Matt Ross-Spang (Jason Isbell, Margo Price). They tapped into the history of the legendary space to hone a sound that is at once rich and stark, putting Rowe’s deep and dynamic rage at the forefront. Because if high notes can shatter windows, Rowe’s low and guttural ones can meld sand into glass.

New Lore also ushered in a career shift – this time, after several years on Anti-, Rowe launched his own label, Three Rivers Records, and will release his LP as a collaboration with the Anti- family. He also embraced a new way of funding his work, using a wildly successful Kickstarter campaign to make the Memphis dreams a reality, and embarked on a series of house shows to reconnect with his fans at the most basic, intimate level.

TICKETS ON SALE FRIDAY AT 10AM: https://ticketf.ly/2txS5PV