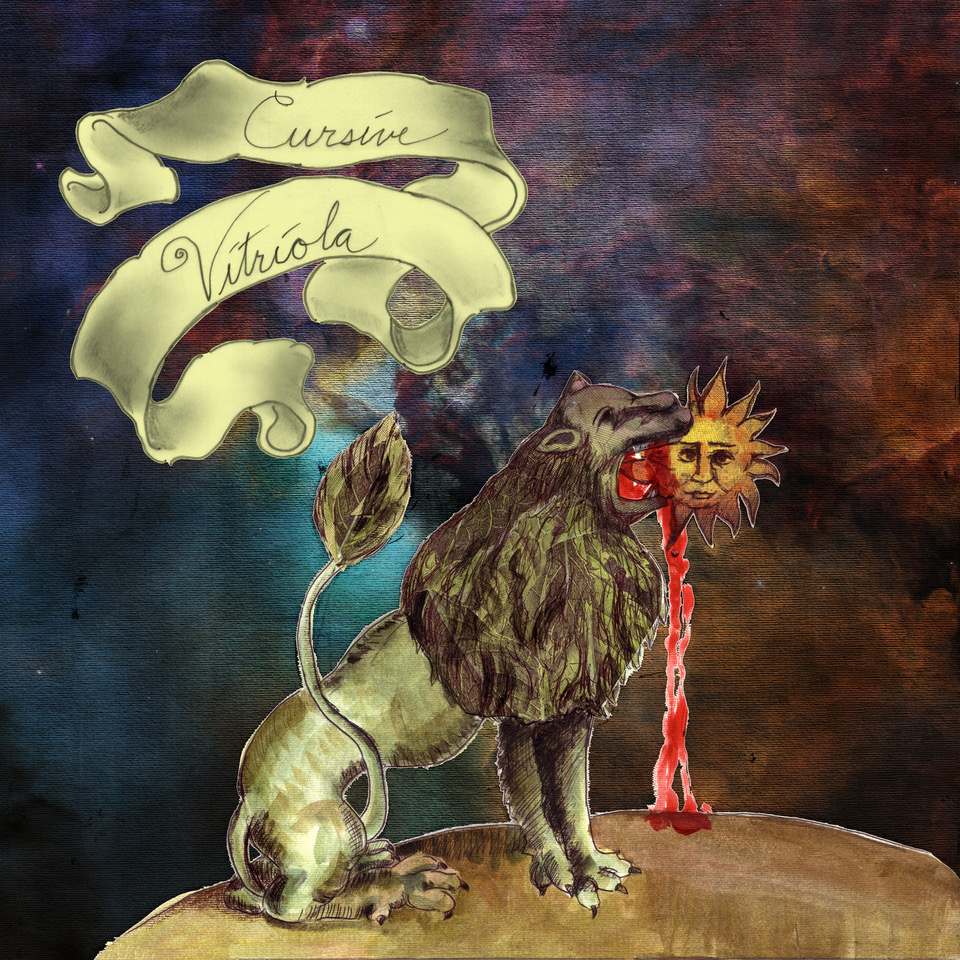 Welcome to this week’s edition of the Manic / Premier Update! We have quite a few show announcements as well a jam-packed week of awesome shows.

Just announced at College Street Music Hall is Atlanta indie psych rockers Deerhunter on (2/23) and at Wall Street Theater in Norwalk, we have French-Canadian Genesis cover band The Musical Box on (5/31).

This week’s awesome show lineup starts TONIGHT (11/02) with Live Dead & Riders ‘69: Electric Harvest Tour (members of Grateful Dead, Hot Tuna, RatDog) plays Wall Street Theater in Norwalk and Caroline Rose headlines at Space Ballroom with And The Kids. We’ve got two great shows this Saturday (11/03): Elle King with Cordovas at College Street Music Hall and The Dodos with Palehound at Space Ballroom. Tickets to Elle King are selling fast, so get them while you still can! Finishing off the week this Sunday (11/04), Ghost of Paul Revere and Charlie Parr co-headline at Space Ballroom.

This week’s Manic Monday (11/05) at Cafe Nine features Jounce with Marvelous Liars and The Right Offs. It’s free if you RSVP before 2PM on day of show or $5 at the door. Finally on Wednesday (11/7), we have Nashville folk trio The Wood Brothers at College Street Music Hall and A collaboration between Uniform & The Body with Space Camp and Ore Miner at Space Ballroom. Start your month off right with our great shows!

CONTEST TIME! Enter for your chance to win an autographed Cursive poster and an autographed copy of “Vitriola” on vinyl!
Enter Here: https://goo.gl/forms/9EzH7NJCvjuRRsNv2 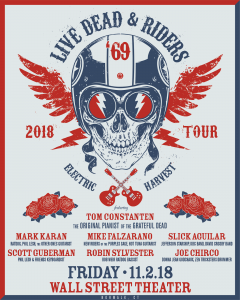 Comprised of:
– Tom Constanten, original Grateful Dead pianist who played all the keyboards on the “Live Dead” recording, inducted into The Rock & Roll Hall of Fame in 1995 and was essential to Grateful Dead’s first ambitious/ experimental studio recordings “Anthem of The Sun” and “Aoxomoxoa,” and tours.
– Mark Karan, lead guitarist with Bob Weir’s Rat Dog, The Other Ones & Phil & Friends.
– Slick Aguilar who played lead guitar with Paul Kantner, Jefferson Starship & KBC for 26 years and with David Crosby Band before that.
– Robin Sylvester, bassist with Bob Weir’s Rat Dog.
– Mike Falzarano, guitarist vocalist with The New Riders of The Purple Sage for 15 years and Hot Tuna before that.
– Scott Guberman, keyboardist with Phil Lesh & Friends.
– Joe Chirco, drummer with Donna Jean Godchaux, Zen Tricksters & Terrapin Flyer with Melvin Seals.
TICKETS AVAILABLE HERE: https://ticketf.ly/2MkKkI1 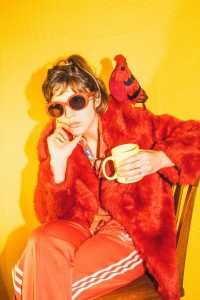 INFO: An obsession with money, an unfaithful lover, a friend’s accidental pregnancy, misogyny, loneliness, death… This is just some of the lighthearted subject matter that make up LONER––the darkly comedic second album from songwriter/producer Caroline Rose. Armed with an arsenal of new instruments and equipment, an ever-growing sense of “ahhh fuck it,” two years of exploration, and a wicked sense of humor, Rose delivers a set of serious songs wrapped in a sprightly, angsty pop burrito. Because, as Rose puts it, “Sometimes sad songs just need a cocktail.”
TICKETS AVAILABLE HERE: https://ticketf.ly/2APYpZl 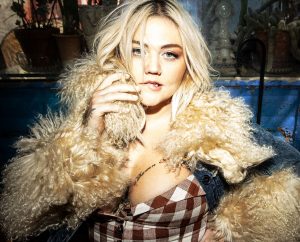 INFO: When it came time for Elle King to choose a title for the follow-up to her 2015 gold-certified debut album Love Stuff, she thought, “How do I sum up ‘The year I lost my fucking mind’ in an album title?’” she says. “Because that’s really what this record is about. I decided to call it Shake The Spirit because I was shaken to the core over the last year and half. I was literally talking to ghosts. But making this album not only changed my life, it saved my life. It’s like when you see somebody who is struggling, what do you want to do? You want to shake them! Putting this record out is like shaking myself awake.”
TICKETS AVAILABLE HERE: https://ticketf.ly/2M7PcMg 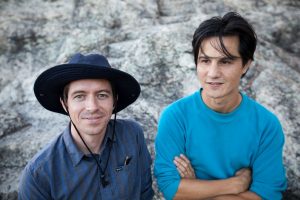 INFO: The sophomore album from the Boston trio Palehound, A Place I’ll Always Go, is a frank look at love and loss, cushioned by indelible hooks and gently propulsive, fuzzed-out rock.

Ellen Kempner, Palehound’s vocalist, guitarist, and songwriter explains, “A lot of it is about loss and learning how to let yourself evolve past the pain and the weird guilt that comes along with grief.”

Kempner’s writing comes from upheavals she experienced in 2015 and 2016 that reframed her worldview. “I lost two people I was really close with,” she recalls. “I lost my friend Lily. I lost my grandmother too, but you expect that at 22. When you lose a friend — a young friend — nothing can prepare you for that. A lot of the record is about going on with your life, while knowing that person is missing what’s happening — they loved music and they’re missing these great records that come out, and they’re missing these shows that they would’ve wanted to go to. It just threw me for a loop to know that life is so fragile.”
TICKETS AVAILABLE HERE: https://ticketf.ly/2OR3vYf 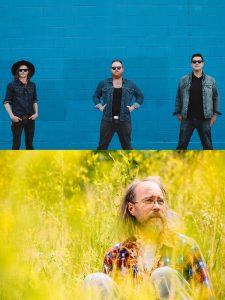 INFO: “We grew up listening to Radiohead and the Beatles and Led Zeppelin and Pink Floyd,” says Griffin Sherry, guitarist/singer in The Ghost Of Paul Revere. “Everyone assumed we were a bluegrass band because we were playing these traditional instruments, but we weren’t writing traditional music. We were just writing songs with the instruments we had.”

The result is a sound that the Portland, Maine-based band describes as “holler folk,” not because it involves a lot of hollering, per se, but because it invokes the rich communal tradition of field hollers, with their call-and-response melodies, sing-along hooks, and densely layered harmonies. That sense of musical camaraderie is essential to everything The Ghost of Paul Revere does, and nowhere is it more evident than their sophomore album, ”Monarch.’
TICKETS AVAILABLE HERE: https://ticketf.ly/2PsDu1S 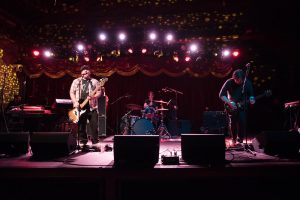 INFO: Punk Infused Anthemic Rock Music – JOUNCE is an East to West Coast band centered in Brooklyn, NY. An ever evolving post punk and 90′s rock hybrid. A product of a well defined generation only re-imagined. Nearly impossible to describe but easily digested. Danny and Matt have been friends since childhood, even through Dan’s bi-coastal lifestyle while he was Nickelodeon’s “Little Pete.” We like to think Pete Wrigley would dig the Jounce.
RSVP HERE: https://ticketf.ly/2QlRBGm 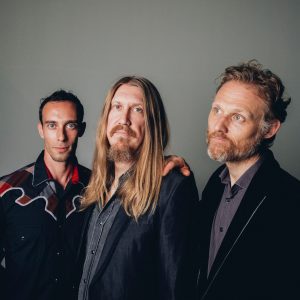 Indeed, The Wood Brothers’ sixth outing, ‘One Drop of Truth,’ dives headfirst into a deep wellspring of sounds, styles and influences. Whereas their previous outings have often followed a conceptual and sonic through-line, here the long-standing trio featuring brothers Oliver and Chris Wood along with Jano Rix treat each song as if it were its own short film. The plaintive, country-folk of the album’s opening track “River Takes The Town” gives way to the The Band-esque Americana soul of “Happiness Jones.” The wistful ballad “Strange As It Seems” floats on a cloud of stream of consciousness, standing in stark contrast to “Sky High”—a Saturday night barnburner built upon stinging slide guitar funk. “Seasick Emotions” is rife with turmoil, yet “Sparking Wine” is jaunty and carefree. The end result is undeniably The Wood Brothers’ most dynamic recording to date.
TICKETS AVAILABLE HERE:  https://ticketf.ly/2sS4BcJ

INFO: Uniform: Uniform formed in New York City in late 2013 when old friends Ben Greenberg (Hubble, The Men, Pygymy Shrews) and Michael Berdan (York Factory Complaint, Drunkdriver, Believer/Law) realized they lived on the same street. Their impulsive collaboration quickly yielded Our Blood / Of Sound Mind and Body single. The six tracks that comprise the equally abrasive but more refined Perfect World have been coming together between tours and work ever since.

The Body: On No One Deserves Happiness, The Body’s Chip King and Lee Buford set out to make “the grossest pop album of all time.” The album themes of despair and isolation are delivered by the unlikely pairing of the Body’s signature heaviness and 80s dance tracks. The Body can emote pain like no other band, and their ability to move between the often strict confines of the metal world and the electronic music sphere is on full display throughout No One Deserves Happiness, an album that eludes categorization. More than any of their genre-defying peers, The Body does it without softening their disparate influences towards a middle ground, but instead through a beautiful combining of extremes. No One Deserves Happiness is an album that defies definition and expectations, standing utterly alone.
TICKETS AVAILABLE HERE: https://ticketf.ly/2PpN59v 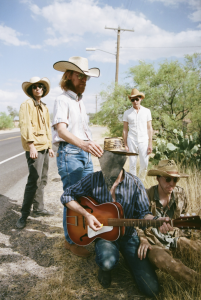 INFO: How do you describe an album out of time, concerned with the disappearance of culture, of humanity, of nature, of logic and emotion? Why make this album in an era when attention spans have been reduced to next to nothing, and the tactile grains of making music have been further reduced to algorithms and projected playlist placement. Why wake up in the morning? Why hasn’t everything already disappeared?

Deerhunter’s eighth LP forgets the questions and makes up unrelated answers. It gets up, walks around, it records itself in several strategic geographic points across North America. It comes home, restructures itself and goes back to bed to avoid the bad news.
TICKETS ON SALE FRI. 11/02 @ 10AM: https://ticketf.ly/2yKruSt 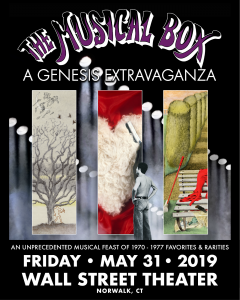 INFO: In an all out performance of live visual signature stunts, a museum-worthy array of vintage instruments and a dizzying pace of iconic tracks and stage rarities, THE MUSICAL BOX indulges for the 1st time in its 25 year existence in an intense trip into the world of early GENESIS.

From its unique perspective as the only band ever licensed and supported by GENESIS and PETER GABRIEL, TMB presents a new, never performed show featuring the music of TRESPASS, NURSERY CRYME, FOXTROT, SELLING ENGLAND BY THE POUND, THE LAMB LIES DOWN ON BROADWAY, A TRICK OF THE TAIL and WIND & WUTHERING.
TICKETS ON SALE FRI. 11/02 @ 10AM: https://ticketf.ly/2yHzy6r