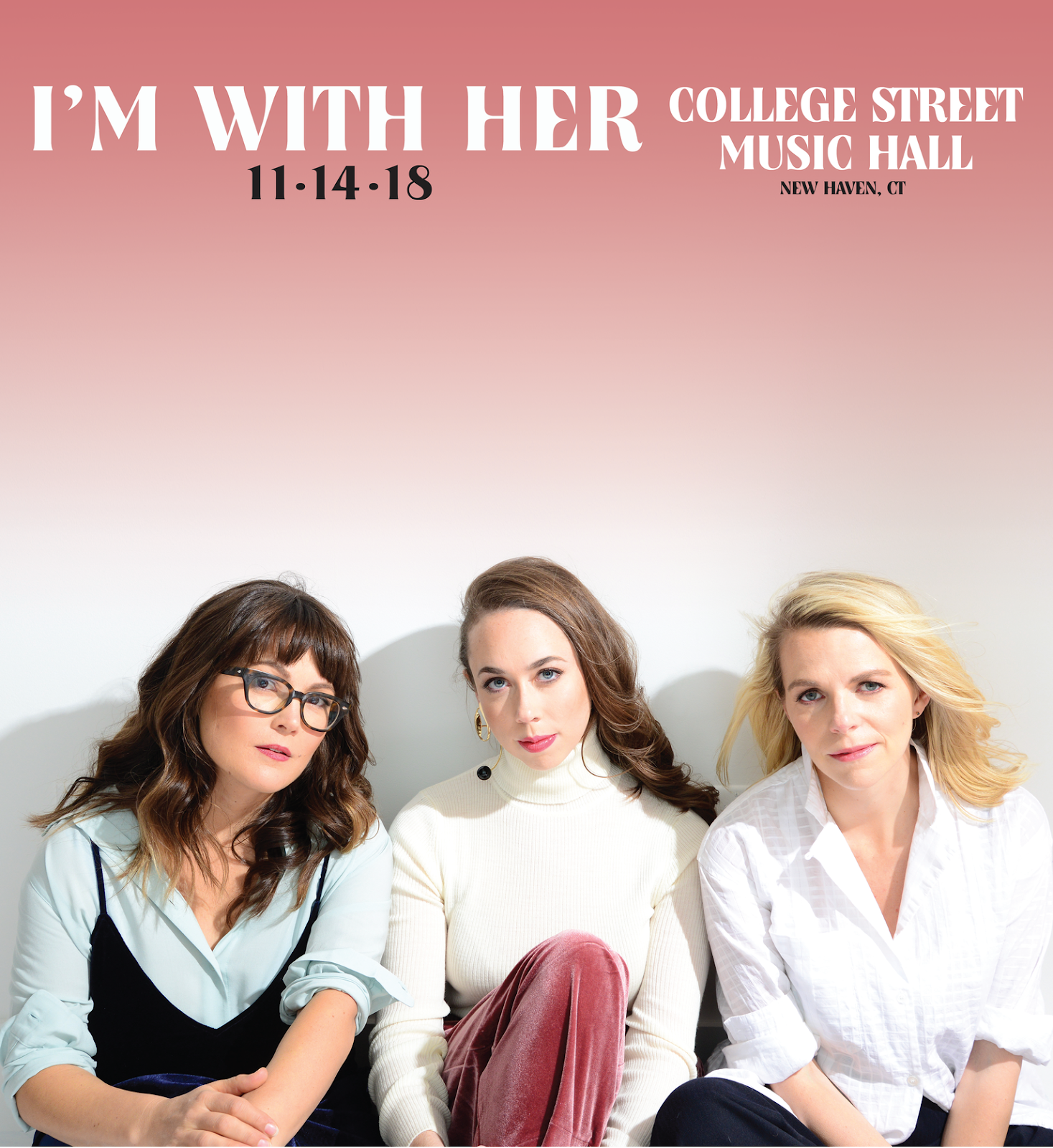 Update – Houndmouth at College Street Music Hall has been rescheduled to Saturday, (2/16). All tickets purchased for the November date will be honored and tickets are still on sale.

We have a packed week of shows starting TONIGHT with rock guitarist and Frank Zappa’s son, Dweezil Zappa (11/8) at College Street Music Hall and a solo acoustic set by Ty Segall at Space Ballroom with special guest William Tyler! The fun continues Friday (11/9) with Lucinda Williams and her band Buick 6 at College Street Music Hall and Omaha emo-tinged post-hardcore band Cursive at Space Ballroom with Meat Wave and Campdogzz. Be sure to get your tickets ASAP, these shows are selling out fast!

As a part of our weekly emerging artists series Manic Mondays at Cafe Nine, we have electro-pop band The Blow: Energetic Strategies Tour (11/12). Our monthly HaHa Hamden Comedy Series at Space Ballroom continues on (11/12) with Howie Mason as the headliner. Finally, on (11/14), we have folk supergroup I’m With Her featuring Grammy nominated Sara Watkins, Sarah Jarosz, and Aoife O’Donovan at College Street Music Hall.

CONTEST TIME! Enter for your chance to win a pair of tickets to I’m With Her and a copy of  See You Around on CD!
Enter here: https://goo.gl/forms/0ybM3Elk9Qbg5WVP2 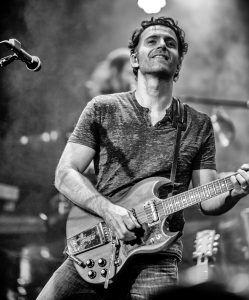 INFO: With the release of his third album Confessions in 1991, Dweezil began to branch out musically, blending his heavy rock approach with touches of his father’s distinct compositional insignia. Guest appearances on this album pointed the way toward the future for Dweezil, including contributions from Nuno Bettencourt , Gary Cherone and Pat Badger of Extreme and legendary guitarists Warren DeMartini, Steve Lukather and Zakk Wylde as well as Frank Zappa sidemen Mike Keneally and Scott Thunes. Both Moon and Ahmet Zappa also added vocals to the album. Dweezil conceived and directed 2 videos from the album, ‘Gotta Get To You’ and ‘Vanity’ both of which featured Robert Wagner as a guest star. Robert Wagner has appeared in 4 of Dweezil’s videos as well as the “Music For Pets” infomercial spoof.
TICKETS STILL AVAILABLE HERE: https://ticketf.ly/2JcaVWS 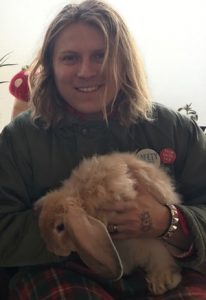 INFO: Ty Segall has made whole records that wrestle with realities – fighting against some, pulling mightily to bring others into being. His new self-titled record – the next record after Emotional Mugger, Manipulator, Sleeper, Twins, Goodbye Bread, Melted, Lemons and the first self-titled album that started it up in the now-distant year of 2008 – is a clean flow, a wash of transparency falling into a world that needs to see a few things through clearly, to their logical end. It’s got some of the most lobe-blasting neckwork since the Ty Segall Band’s Slaughterhouse (from way back in the long, hot summer of 2012), but it also features a steep flight of fluent acoustic settings.
LIMITED TICKETS STILL AVAILABLE HERE: https://ticketf.ly/2KDyfKh 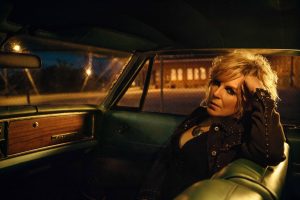 Lucinda Williams and her band Buick 6

INFO: On This Sweet Old World, Williams is supported by her touring and studio band: guitarist Stuart Mathis, bassist David Sutton, and drummer Butch Norton. Longtime collaborator Greg Leisz – who participated in early sessions for the 1992 album, and co-produced Williams’ most recent studio releases, The Ghosts of Highway 20 (2016) and Down Where the Spirit Meets the Bone (2014) – contributes spectacular guitar work.
TICKETS AVAILABLE HERE: https://ticketf.ly/2Bsqeav 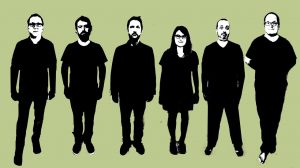 INFO: Over the past two decades, Cursive has become known for writing smart, tightly woven concept albums where frontman Tim Kasher turns his unflinching gaze on specific, oftentimes challenging themes, and examines them with an incisively brutal honesty. 2000’s Domestica dealt with divorce; 2003’s The Ugly Organ tackled art, sex, and relationships; 2006’s Happy Hollow skewered organized religion; 2009’s Mama, I’m Swollen grappled with the human condition and social morality; and 2012’s I Am Gemini explored the battle between good and evil. But the band’s remarkable eighth full-length, Vitriola, required a different approach — one less rigidly themed and more responsive as the band struggles with existentialism veering towards nihilism and despair; the ways in which society, much like a writer, creates and destroys; and an oncoming dystopia that feels eerily near at hand.
LIMITED TICKETS STILL AVAILABLE HERE: https://ticketf.ly/2APjS4M 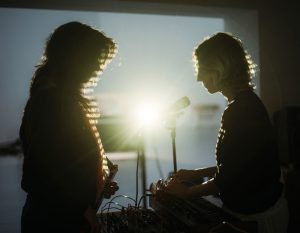 INFO: It’s funny, trying to find words to describe music, isn’t it, because the point of music is that it’s something other than words. Music, at its best, is something better, hanging out in a mystery dimension with its cool friends, sex and drugs, each of them outdoing each other with their refusal to be reduced into sentences. But we will try to describe it anyways.

The Blow is Khaela Maricich and Melissa Dyne. We made a new Blow album, called The Blow. It happened like this: we met in Portland in 2004, hooked up in 2006, started itching for new surroundings and moved to New York City in 2008. Around that time we started performing together live as The Blow, with Khaela onstage and Melissa working from behind the audience, manipulating the visual and aural elements. After a few years of swapping ideas and watching them grow and breed new ones, we decided, “Fuck it, why not record a record together?” So we went together into the wordless realm and were there for a couple of years, fusing together the landscape of sounds and samples and waves and sensations that make up The Blow.
RSVP HERE: https://ticketf.ly/2OjJKbk 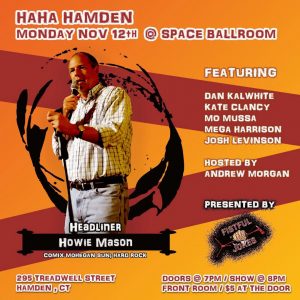 INFO: Presented by Fistful of Jokes.

TICKETS AVAILABLE AT THE DOOR 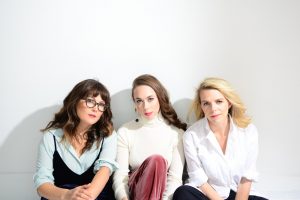 I’m With Her w/ The Brothers Brothers

INFO: A band of extraordinary chemistry and exquisite musicianship, I’m With Her features Sara Watkins, Sarah Jarosz, and Aoife O’Donovan. Collectively, the multi-Grammy-Award-winners have released seven solo efforts, co-founded two seminal bands (Nickel Creek and Crooked Still), and contributed to critically acclaimed albums from a host of esteemed artists. But from its very first moments, their full-length debut See You Around reveals the commitment to creating a wholly unified band sound. With each track born from close songwriting collaboration, I’m With Her builds an ineffable magic from their finespun narratives and breathtaking harmonies. The result is an album both emotionally raw and intricate, revealing layers of meaning and insight within even the most starkly adorned track.
TICKETS AVAILABLE HERE: https://ticketf.ly/2Jcujmo 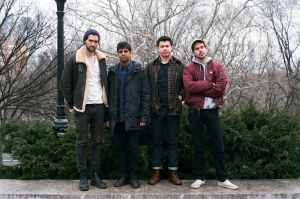 INFO: Brendan Finn, Joe Galarraga, Amar Lal, and Carlos Salguero Jr. met whilst learning about specifications of Cat 5 cables in New York City. Shortly after, they formed a band. Big Ups blends punk, post-punk, metal, and indie rock into a salty mash that gets stuck to the roof of your mouth. Big Ups released their debut 11-track LP, Eighteen Hours of Static in the beginning of 2014, followed by Before A Million Universes in early 2016, and culminating with this spring’s Two Parts Together. After almost 9 years and 450 shows, Big Ups will give their last performance in Connecticut on January 11, 2019 at the Space Ballroom.
TICKETS ON SALE FRI 11/9 @ 10AM: https://ticketf.ly/2yRJPgD 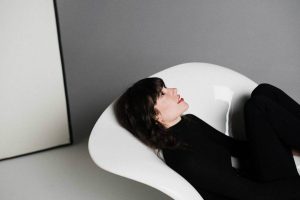 INFO: The songs were written, the band was ready, and the studio was booked. Fans and critics alike were eagerly awaiting the follow-up to Natalie Prass’s 2015 self-titled breakout album, a collection hailed by NPR as “a majestic debut,” but perhaps no one was more eager for record number two than Prass herself. She’d waited what felt like a lifetime to release that first album and then toured the world relentlessly behind it, sharing bills with the likes of Fleet Foxes and The War on Drugs on her way to becoming one of the year’s most talked-about artists. By the time recording sessions were scheduled to begin, she was absolutely dying to launch the next chapter, which made what happened next all the more shocking: she scrapped the whole thing.
TICKETS AVAILABLE HERE: https://ticketf.ly/2yLD7bQ 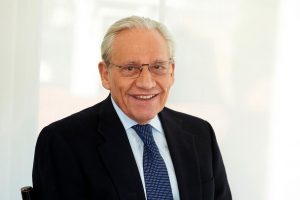 INFO: As a speaker, Woodward pulls the curtain back on Washington and its leaders to captivate audiences with stories that are sometimes surprising, at times shocking, and always fascinating. He blends stories that are both up to the minute and from the past (to provide historical context). Woodward speaks as he writes – crisp and concise – and helps people get behind the spin to understand what’s really going on in the halls of power in an age of 24-hour news, social media, and snarky politics.

Professionally, Bob Woodward is currently associate editor for The Washington Post where he’s worked since 1971. He has won nearly every American journalism award, and the Post won the 1973 Pulitzer Prize for his work with Carl Bernstein on the Watergate scandal. In addition, Woodward was the main reporter for the Post’s articles on the aftermath of the September 11 terrorist attacks that won the National Affairs Pulitzer Prize in 2002. Woodward won the Gerald R. Ford Prize for Distinguished Reporting on the Presidency in 2003.
TICKETS AVAILABLE HERE: https://ticketf.ly/2yMcHqe 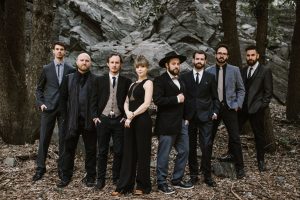 INFO: Dustbowl Revival is an Americana Soul band with eight full-time members who mash the sounds of New Orleans funk, bluegrass, soul, pre-war blues, and roots music, into a genre-hopping, time-bending dance party that coaxes new fire out of familiar coal. Dustbowl is touring behind their self-titled, fourth studio album which spent three weeks on Billboard charts, hit #1 on Amazon Americana-Alt-Country, #2 on Amazon Folk, and spent 16 weeks on the Americana radio chart peaking in the Top 20.

The band was founded in 2008 in the bohemian enclave of Venice Beach, California. Over the last five years Dustbowl has become known for their free-flowing and joyous live shows, combining their funk rhythm and brass section with a fast-picking string band section – opening for bands as diverse as Lake Street Dive, Trombone Shorty and The Preservation Hall Jazz Band, touring China as a guest of the state department and headlining festivals like Delfest, Floydfest, Hardly Strictly Bluegrass, and recently Bergenfest (Norway) and Tonder Festival (Denmark).
TICKETS AVAILABLE HERE: https://ticketf.ly/2yLDdQK 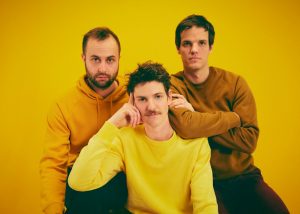 INFO: In late 2011, Matt Myers, Zak Appleby and Shane Cody started playing music together in a historic home in New Albany, Indiana dubbed “The Green House.” Its rooms were adorned with relics from times past, so it was no surprise that songs such as “Penitentiary” bounced off the walls. Nostalgic sounds from their first album seemed to serve as a welcome escape for listeners from the relentless demands of the digital age. But if you asked any one of the guys, they were ‘just having fun.’

Houndmouth signed with legendary indie label Rough Trade Records in 2012. From The Hills Below The City landed them on several world-famous platforms such as fellow lovable Hoosier, David Letterman’s stage. When vocalist, guitarist, and songwriter Matt Myers first spoke with big-name producer Dave Cobb prior to working together on their sophomore LP Little Neon Limelight, the two laughingly agreed to “not make another fucking boring Americana record.” A natural sounding album captured in a familiar fashion came together, except this time with a #1 adult alternative radio single in “Sedona.” “I never once thought of us as an Americana band,” says drummer Shane Cody. “The four of us were just a rock band, but some of us had Southern accents,” he laughs.ALL TICKETS PURCHASED FOR THE NOVEMBER DATE WILL BE HONORED
TICKETS AVAILABLE HERE: https://ticketf.ly/2wKew5k