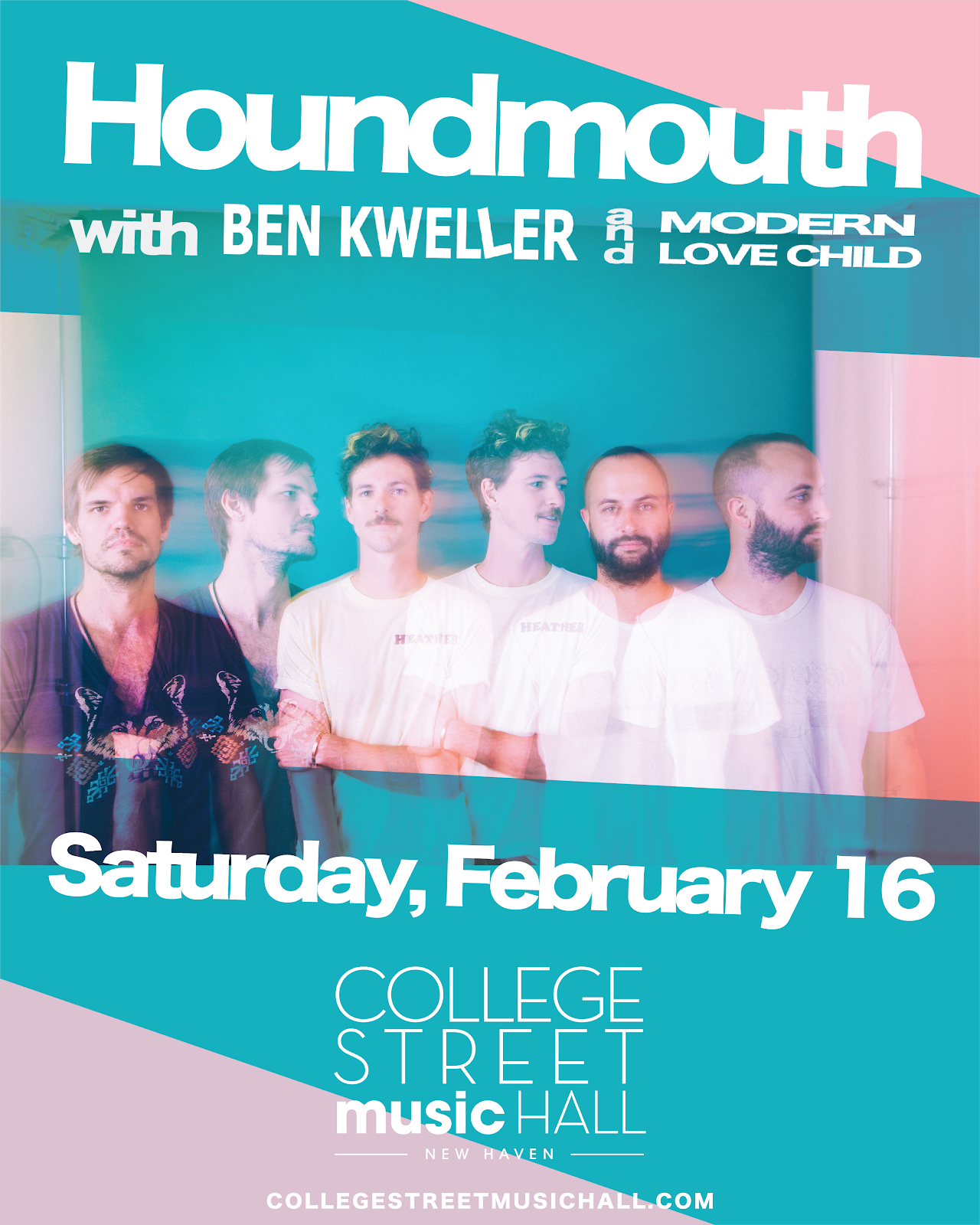 Welcome back the weekly edition of the Manic Presents Redscroll Blog! As usual, we’re here to share our exciting show announcements and remind you of the great shows happening this week. Just announced at College Street Music Hall: Sunn O))) on (4/26), India.Arie on (6/1), and King Gizzard & The Lizard Wizard on (8/27)! At Space Ballroom, Into Another on (3/23), Rubblebucket on (4/28), EYEHATEGOD on (5/8)!

This week’s show schedule begins TONIGHT (2/7) with Tim Reynolds & TR3 at Space Ballroom. The jam-packed weekend at Space Ballroom continues with Upsate (formerly Upstate Rubdown) on Saturday, (2/9) and Dysrhythmia on Sunday, (2/10). And lastly, on Monday (2/11) as part of our weekly Manic Monday series at Cafe Nine we have Del Water Gap. Don’t forget to grab your tickets and RSVP today!

CONTEST TIME! Enter for a chance to win a pair of tickets to Houndmouth on Saturday, February 16th and a copy of their album “Golden Age” on vinyl!
Enter here: https://goo.gl/forms/VnZoj59KU8dGChoK2 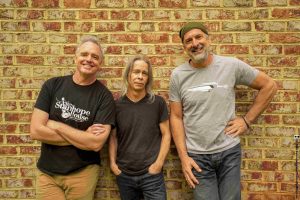 INFO: With a musical career spanning more than thirty-five years, guitarist, sonic innovator, and two time Grammy nominee Tim Reynolds is known for his masterful command of melody and timing and for his uncanny ability to improvise on any instrument he touches. Having explored most musical styles, from rock, jazz and blues to classical and reggae, Reynolds’ wide-ranging musical versatility is evident each time he picks up his electric or acoustic guitar. Technically brilliant, yet emotionally honest, Reynolds’ music is inspired and authentic.

It was in the mid 1980s in Charlottesville, VA, when Reynolds founded his breakthrough electric power trio, TR3 (Tim Reynolds Trio), known for their fusion of funk, rock, and jazz. He toured with TR3 during the 1980s and 1990s, using a rotating cast of musicians. It was at this time he befriended Dave Matthews and their ongoing musical collaboration began. Tim eventually decided to relocate to Santa Fe, NM, and pursue a solo career. His musical progression continued throughout his many years on the road as a solo guitar wizard, playing for packed houses and to crowds who quickly determined that Reynolds is one of the most talented and thoughtful musicians on the circuit today.

After a number of years in New Mexico, Reynolds relocated to the Outer Banks of North Carolina in 2007. After a chance meeting with two talented musicians, bass player Mick Vaughn and drummer Dan Martier, a few rehearsals later and several stealth appearances throughout North Carolina, Reynolds decided to resurrect the electric TR3 and they’ve been touring ever since. TR3 released their first double live CD, “From SPACE and Beyond” in June 2011. In 2009, their first studio CD “Radiance” was nominated for Home Grown Music Network’s Album of the Year. Electric, funky, operatic, edgy…their show is a mix of updated Reynolds’ classics to wild covers of everything from James Brown, Led Zeppelin, King Crimson and Focus to TR3’s ever-evolving catalogue of new material.
TICKETS AVAILABLE HERE: https://ticketf.ly/2yWZ2N9 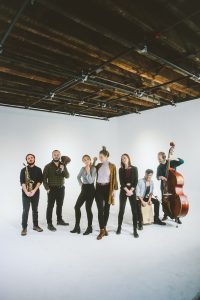 INFO: “The last few years have been about learning who we are,” says Upstate bassist Harry D’Agostino. “We’ve been knocking off milestone after milestone on the road, and as the touring’s snowballed, I feel like we’ve really come into our own. It’s been a process of discovering our identity.”

It’s an identity that’s undergone a radical evolution in the last few years, as Upstate’s sound, lineup, and even their name have all been through a metamorphosis. Those changes have culminated in the band’s dazzling new album, a collection that showcases both their remarkable growth and their adventurous blend of folk, R&B, jazz, gospel, and rock and roll. The record is the sextet’s first release with new member Allison Olender (vocals), their first with four contributing songwriters, and their first since shortening their name from Upstate Rubdown. It’s also their first project to be produced by Wood Brothers percussionist Jano Rix, who helped the group embrace their transformation without sacrificing any of the gorgeous three-part harmonies, eclectic arrangements, and unforgettable performances that have defined the band since their earliest days.
TICKETS AVAILABLE HERE:  https://ticketf.ly/2G4JHAp 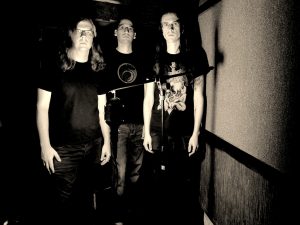 INFO: The band was formed in August 1998 by guitarist Kevin Hufnagel and bassist Clayton Ingerson, who were joined six months later by drummer Jeff Eber. The band entered the studio in early 2000 to record their debut album, Contradiction, which was recorded, like every other Dysrhythmia album to follow, completely live with minimal overdubs. Shortly thereafter, the band reentered the studio in 2001 to record the No Interference record. The new album helped to define and expand the band’s sound, and was followed by extensive touring. In 2002, the band released two split albums, a 10″ vinyl record with Thoughtstreams and a 7″ split with Technician.

The band signed to Relapse Records in October 2002. Entitled Pretest, their first album with Relapse was released May 13, 2003 to positive critical acclaim. Metal Hammer Magazine named Pretest one of the Top 10 Essential Mathcore albums of all time,[2] while Revolver Magazine ranked the album among the top 20 albums of 2003 alongside of records by Radiohead, Metallica and others.[3] The band began touring with bigger named acts such as Mastodon, Cephalic Carnage and The Dillinger Escape Plan, and playing large music festivals including the 2003 and 2004 Relapse Contamination tour, the Relapse Records South by Southwest showcase in Austin, Texas, and the New England Metal and Hardcore festival, where the band was profiled by both MTV2 and Fuse. Ingerson left the group in November 2004.

To replace Ingerson, Dysrhythmia recruited Colin Marston, a member of the group Behold…The Arctopus (in which he plays a 12-string Warr guitar). Dysrhythmia next embarked on tours with Isis and These Arms are Snakes. They recorded and released their fourth full-length album, Barriers and Passages, at B.C. Studios in Brooklyn with engineer Martin Bisi, who had previously worked with John Zorn and Sonic Youth. Barriers and Passages was released on May 2, 2006 in North America and May 9 internationally. The band continued touring throughout 2006 and 2007, and released a split album with Rothko in late 2007.

Dysrhythmia stayed relatively quiet in 2008 as Hufnagel and Marston pursued their own individual projects. Marston continued recording and touring with Behold…The Arctopus and Krallice, while Hufnagel released a full-length solo album entitled Songs for the Disappeared via his own imprint Nightfloat Recordings. Both Hufnagel and Marston also joined the long-standing technical death metal band Gorguts.

After the short break, Dysrhythmia entered their own Menegroth Studios in Queens, New York to record their fifth full-length release, Psychic Maps. The album was engineered and produced by Marston and was released July 7, 2009 in North America and July 13 internationally via Relapse. They began touring in October 2009 in support of the new album.[4] Tours included their first European run in June and July 2010, and a U.S. and Canadian tour following shortly after, supporting Cynic, and Intronaut. In May 2012 the band entered Marston’s studio again to record their sixth full-length studio album entitled Test of Submission, released on August 28, 2012 on Profound Lore Records. Their seventh full-length album The Veil of Control followed in 2016, also released on Profound Lore Records.
TICKETS AVAILABLE HERE: https://ticketf.ly/2FWfHGI 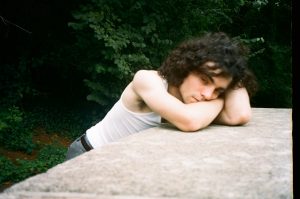 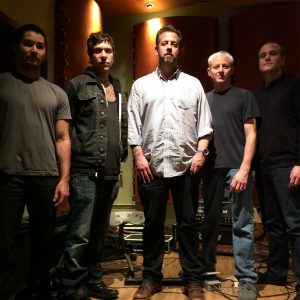 Into Another w/ Beyond, Death Ray Vision 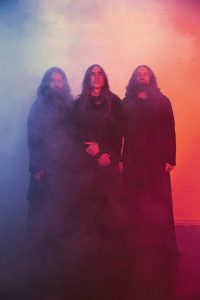 INFO: Formed in March 1998 Sunn O))) have been challenging the ways we think about music in the twenty years since. A synthesis of diverse: drone, metal, minimalism/maximalism verging on the edge of pure sonic ecstasy, meditation and trance through the power, beauty and colour of sound pressure emanating from their legendary Sunn O))) backline and their earth shaking tectonic compositions of existence, dedicated to the mysteries of life and the cosmos.

O))) has two core members : Stephen O’Malley and Greg Anderson, supported by a tribe of collaborators. From 1999’s The Grimmrobe Demos to 2018’s Downtown LA Rehearsal/Rifftape; from their now classic albums Black One (2006), Monoliths & Dimensions (2009), Soused (2014) & Kannon (2015) to their forthcoming to-be-revealed-but-recently-completed two 2019 album epics, founders Stephen O’Malley and Greg Anderson have forged paths and connections between the worlds of Metal, contemporary art, drone, new music, jazz and minimalism with startling results while remaining true to the eternal principles of volume, density, elasticity of time, blossoming of saturation viable only to the disciples and fetishists of electric guitar, synthesis, multiple gain stages and some of history’s greatest pure valve amplification.

The current concert line-up extends around duo of Stephen O’Malley (Guitar), Greg Anderson (Guitar) aside selected special guest. Together they relentlessly pursue their exploration and elaboration of Sunn O)))’s legendary experiments with the physicality of sound in instrumental based live performances with remarkable events at some of their favourite venues, as well as concerts in singular events and spaces such as Italy’s impressive cultural complex Labrinto Della Masone, Germany’s Ruhrtriennale Festival of Arts, Royal Festival Hall & The Barbican in London, Bergen’s Dømkirke and Manchester International Festival being a few emblematic examples.

Rejoin them in their glorious pursuit of the monumental heaviness.
TICKETS AVAILABLE 10AM FRI 2/8 HERE: https://ticketf.ly/2GpKDh5 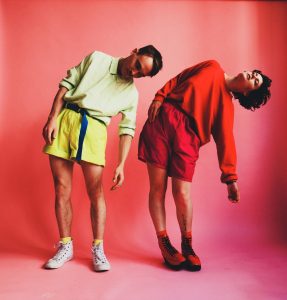 INFO: In summer 2015, after finishing a year of intense touring, Rubblebucket’s Kalmia Traver and Alex Toth began the process of bringing their next record to life. As an experiment, Kalmia asked Alex (her longtime romantic partner) to move out while they worked on the album, then accepted the marriage proposal he made during a recording session just a month later. Although Alex soon moved back in,their 11-year relationship ended when the two chose to ‘consciously uncouple’ the following spring — a decision they honored by ceremoniously giving each other matching triangular daisy tattoos (a nod to the title track from Rubblebucket’s 2010 EP). But despite all the sadness brought on by their breakup, Kalmia and Alex kept on writing and recording together, ultimately creating Rubblebucket’s most transcendent album to date.
TICKETS AVAILABLE 10AM FRI 2/1 HERE: https://ticketf.ly/2GcuMU6 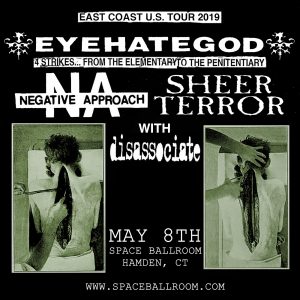 INFO: EYEHATEGOD (also known as EHG) is an American rock band from New Orleans, founded by Jimmy Bower and a different line up in 1988. Soon after the group formed, Mike IX Williams became the 2nd vocalist and Joe LaCaze became the 2nd drummer, followed by Brian Patton on guitar. The band solidified in sound and style except for a revolving bassist position. Gary Mader joined in that capacity for a Japanese tour in 2002 and has remained there ever since. As one of the most influential bands to come from NOLA, they have noted Black Flag, The Melvins and Black Sabbath as a domineering and significant influence to their sound today. That combined with the sound of Southern Rock, Blues riffs and Hardcore Punk has made EYEHATEGOD one of the most reputable and distinctive bands ever, even defining a brand new genre now known as Sludge, though the band strays away from being labeled as such.

Drummer Joey LaCaze died on August 23, 2013 from respiratory failure. Earsplit PR issued a press release on the life and death of LaCaze. The release states, “Doctors confirmed to family members that the cause of death was respiratory failure. He also suffered from long term asthma.” He had recently come back from a European tour and had celebrated his 42nd birthday.

On October 31, 2013, the band announced that Aaron Hill would be taking LaCaze’s place as drummer.
TICKETS AVAILABLE 10AM FRI 2/8 HERE: https://ticketf.ly/2LX6NrJ 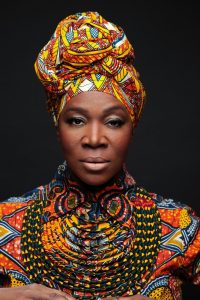 INFO: It’s no secret to India.Arie fans that the word ‘worthy’ has been an empowering expression of self-love for her and her audience over the years. Faithfully repurposed as the title and theme of her brand new 16-track album, including 13 songs and 3 interludes, India’s first full-length offering in five years is set to impact a world finally attuned to the kind of empathic sea-change the humanitarian singer/songwriter has embraced her entire career.

Recognized as a major influence for a new generation of socially aware artists, India is both ahead of her time and of it – an evocative creative force on a mission to spread healing, peace, love and unconditional self-acceptance through the power of words and music.
TICKETS AVAILABLE 10AM FRI 2/8 HERE:  https://ticketf.ly/2GvsNcC 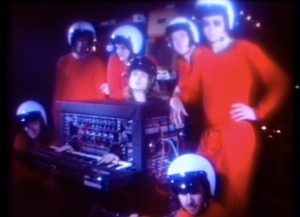