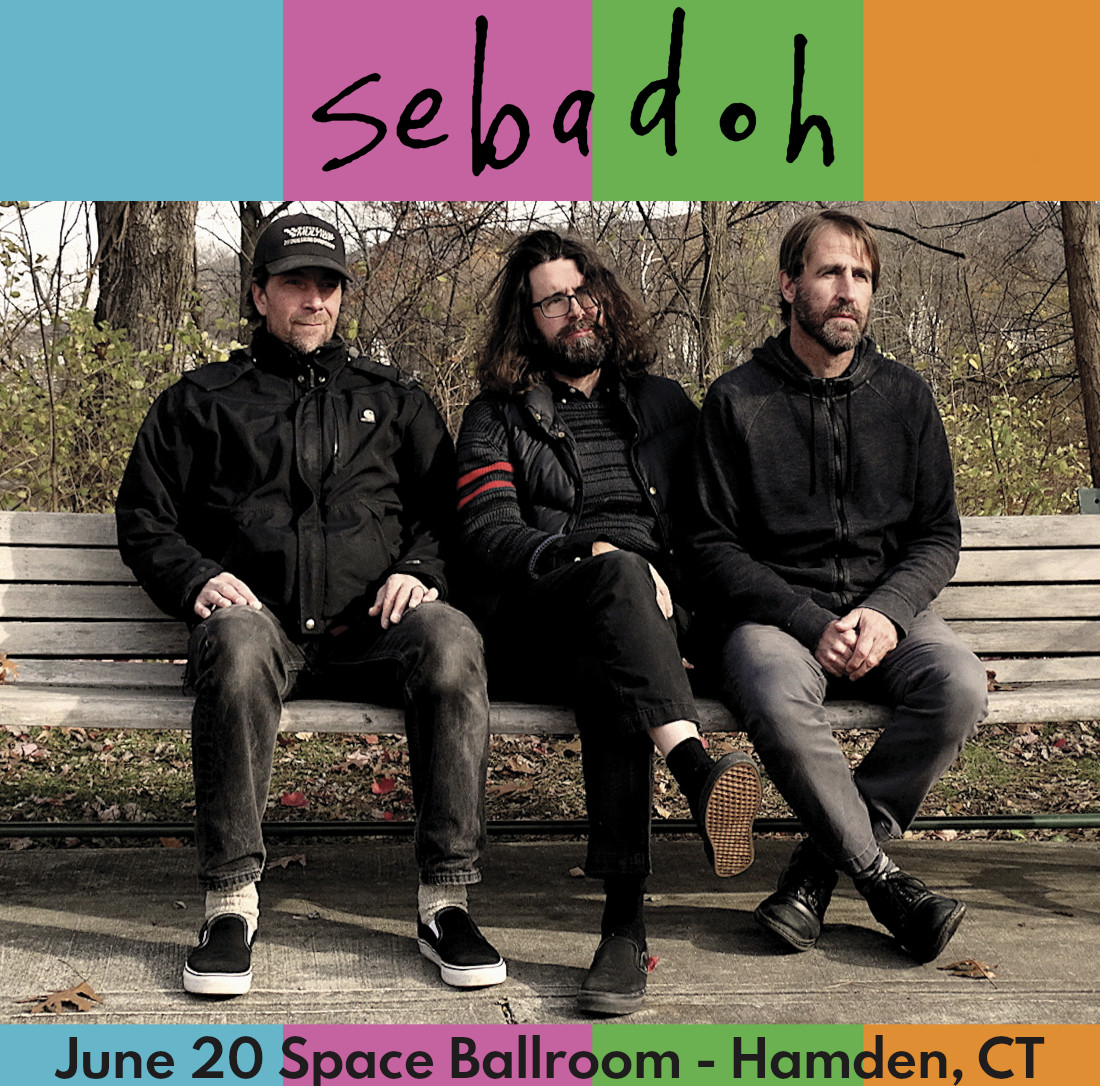 The Manic Presents Redscroll Blog is back, and we’ve got some exciting announcements this week! Just announced at College Street Music Hall – Comedian and Saturday Night Live cast member Leslie Jones on (9/7) and Singer-songwriter and winner of America’s Got Talent season eleven Grace VanderWaal on (9/14)! At Wall Street Theater we have multi-instrumentalist and singer-songwriter Kishi Bashi on (11/1)! Just announced at Space Ballroom – An Evening With Anthony Fantano of The Needle Drop on (8/25), Philadelphia indie-rock outfit Slaughter Beach, Dog (Jake Ewald from Modern Baseball) on (9/20) with Cave People and Early Animator, comedian/actor/writer Brian Posehn on (10/12), and indie-pop project Yoke Lore on (10/29)! Be sure to grab your tickets!

This week’s show schedule begins TOMORROW Friday (6/14) with a SOLD OUT Death Cab for Cutie at College Street Music Hall with Jenny Lewis! On Saturday (6/15) instrumental artist William Tyler (of Silver Jews, Lambchop) invades Space Ballroom (Front Room) with Dan Greene (of Mountain Movers) and on Sunday (6/16), another SOLD OUT show as Providence’s recently united noise-rock band Daughters takes Space Ballroom with openers Bambara and Eye Flys! Monday (6/17) Cafe Nine will host Sketch tha cataclysm as part of our Manic Monday music series with support from Sotorios, AQMNI Kings and DJ Mo Niklz. Wednesday (6/19) is a jam-packed night, as College Street Music Hall welcomes The Milk Carton Kids with Twain, and the Space Ballroom presents Thank You Scientist with Bent Knee and Head With Wings! Get your weekly dose of live music at one of our awesome shows!

CONTEST TIME! Enter for a chance to win a pair of tickets to Sebadoh at Space Ballroom on Thursday, June 20th as well as a CD copy of their 2013 record, “Defend Yourself.” Their latest album “Act Surprised” will be available for sale at the show so enter today!
Enter here: https://forms.gle/tYSdbLFVRKAgEWhH9 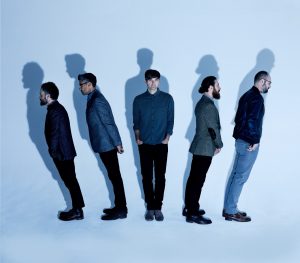 INFO: Thank You for Today is the sound of Death Cab for Cutie both expanding and refining; a band twenty years into its evolution, still uncovering new curves in its signatures, new sonic corners to explore. The Seattle band’s ninth studio album, recorded in Los Angeles with producer Rich Costey in late 2017 and early 2018, stands alongside classic Death Cab for Cutie albums including their 1998 debut Something About Airplanes and 2003’s masterful Transatlanticism as a definitive collection — ten tracks that are by turns beautiful and dynamic and darkly anthemic and bittersweet. “I realized early on in the process that I wanted to write a record that is very much who we are,” says singer and guitarist Ben Gibbard. “I wanted to go more inward, and create something more personal.” On songs such as the kinetic “Gold Rush,” “Northern Lights” and “You Moved Away,” Gibbard ruminates on the flux going on in his hometown, and weaves a thread throughout the album about how interconnected geography is with memory, and how hard it can be to hold onto places, and to people, too.
SOLD OUT 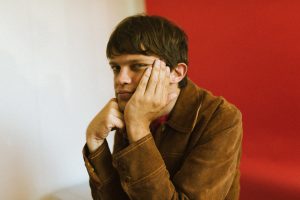 INFO: Guitarist William Tyler was born and bred in Nashville and has played with Lambchop, Silver Jews, Bonnie ‘Prince’ Billy, Charlie Louvin, and Candi Staton. He currently resides in Los Angeles, most recently released Modern Country, his fourth full-length album, on Merge in 2016. This entirely instrumental recording features an ensemble backing group consisting of multi-instrumentalist Phil Cook (Hiss Golden Messenger, Blind Boys of Alabama), bassist Darin Gray (Tweedy, Jim O’Rourke), and percussionist Glenn Kotche (Wilco). Modern Country is a collection of songs about the vanishing America that still exists on back roads, in small towns, on AM radio stations. Tyler doesn’t offer optimism or pessimism but rather a calm and measured commentary in our age of anxiety.
TICKETS AVAILABLE HERE: http://bit.ly/2XVpfWK 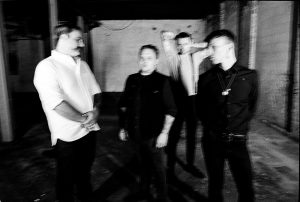 INFO: Daughters is vocalist Alexis Marshall, guitar player Nick Sadler, drummer Jon Syverson and bass player Sam Walker. Following the release of their 2010 self-titled album, the band took an indefinite hiatus, returning in 2013 for a pair of sold out hometown shows in Providence, and a subsequent smattering of live dates in the intervening years, including joining Dillinger Escape Plan for their final live outings in December of 2017. Daughters have been hailed for their visceral performances, both live and on record, with Pitchfork describing them as “manic” and “pummeling” and Punk News pointing to their “frantic energy” and “spastic urgency.”
SOLD OUT 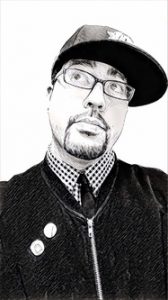 INFO: Sketch tha cataclysm is the pen name of Waterbury, CT born MC/Producer/Poet Armando Acevedo II. Through 14 projects of artful indie hip-hop, he’s unleashed torrents of multi-syllabic introspection and emotional release over canvases of funk, rock, salsa, and more. Whether solo, backed by a dj, or a full band, the stage show is always a dynamic and full bodied experience seeking to connect and move audiences all around.
RSVP HERE: https://ticketf.ly/2MGCbyJ 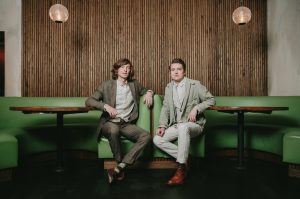 The new project marks the first time that acoustic duo Joey Ryan and Kenneth Pattengale have brought a band into the studio with them. “We wanted to do something new,” Pattengale says. “We had been going around the country yet another time to do the duo show, going to the places we’d been before. There arose some sort of need for change.”

Though they didn’t approach the new album conceptually, a theme of shattered realities began to emerge out of the songs that sparked to life. Recent events provided a bruising background for the record, yet the project is somehow bigger than any personal grief. Two-part harmonies ride acoustic guitars high above the haunting landscape created by the presence of the band, as if Americana went searching for a lost America.
TICKETS AVAILABLE HERE: https://ticketf.ly/2st3EY2 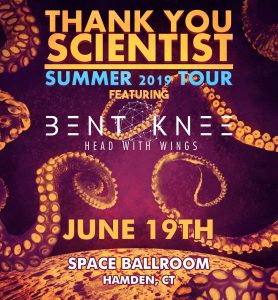 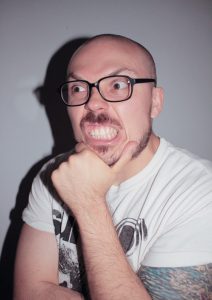 An Evening With Anthony Fantano of The Needle Drop

INFO: Anthony Fantano of The Needle Drop aims to explore modern music and have some laughs along the way.
TICKETS AVAILABLE 10AM FRIDAY 6/14 HERE: https://ticketf.ly/2K8bPnc

INFO: Leslie Jones has completed her 3rd season on Saturday Night Live – her work on the long standing sketch show has garnered her an Emmy Award nomination and inclusion on the Time 100 list. Leslie has covered the most recent summer and winter Olympics for NBC and was the host of The 2017 BET Awards. She is currently recording one of the lead roles in Angry Birds 2 for Sony Pictures. 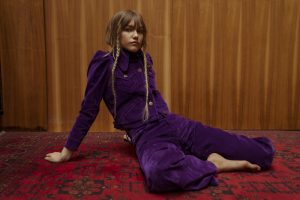 INFO: Award-winning singer, songwriter, actress, model, philanthropist, high school freshman—Grace VanderWaal contains incredible multitudes. Following the release of her best-selling EP, Perfectly Imperfect, and full-length album, Just The Beginning, the America’s Got Talent winner is back with new music for 2019. Described as a “mature songwriter” and “pop natural” by The New York Times, VanderWaal’s new song, “Stray,” debuts a moody, searching sound that’s a departure from her signature airy ukulele riffs while considering “the exhilarating fear and freedom of growing up” with all the introspection and vulnerability that have become hallmarks of her songwriting. Always evolving and keen on expanding her artistry, VanderWaal recently tackled the title role of Stargirl, a film adaptation of Jerry Spinelli’s best-selling young adult novel set to debut in 2020. Meanwhile, she’s currently attending school in her hometown and looking forward to prom. As VanderWaal puts it: “Being on stage and being at school, it’s just two different parts of my personality.”
TICKETS AVAILABLE 10AM FRIDAY 6/14 HERE: https://ticketf.ly/2KanLF3 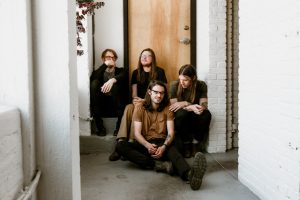 INFO: Across the previous Slaughter Beach, Dog albums, Jake Ewald has crafted a specific sound. It’s one that incorporates pop music, indie-rock, folk, and just the faintest dash of punk in order to create something that’s accessible but still artistically rich. With Safe And Also No Fear, the band’s third album, Ewald has abandoned his usual practices in service of creating something that, try as one might, isn’t so easy to describe.
TICKETS AVAILABLE HERE: https://ticketf.ly/2Go04G7 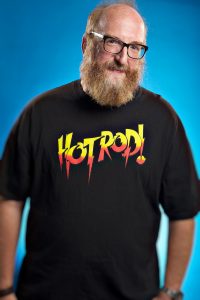 INFO: Comedian/actor/writer Brian Posehn always has a full plate in front of him. He released his debut memoir, Forever Nerdy, in 2018. Brian is constantly touring as a stand-up comedian in the best comedy clubs and rock venues in the country. 2013 marked the release of his first hour long special, The Fartist, through Netflix. His latest specials “25×2” and “Criminally Posehn” can be seen on SeeSo. He has a popular podcast, Nerd Poker, on the Earwolf Network.
TICKETS AVAILABLE 10AM FRIDAY 6/14 HERE: https://ticketf.ly/2K2xKwi 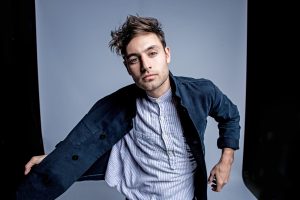 INFO: “A ‘yoke’ is something that holds things together. ‘Lore’ means a set of stories or a collection of ideas about an event, time, or culture,” explains Adrian Galvin, when asked about the meaning behind his musical moniker Yoke Lore. New York indie pop project Yoke Lore is the solo musical venture of Adrian Galvin, previously of Yellerkin and Walk the Moon. Yoke Lore layers the harmonies of Panda Bear, the soulful beats of M83, and the modern pop of Blackbird to tell “the stories of how we are bound.” Galvin’s songs combine echoing waves of banjo, vocals, and percussion to create arresting pop music with tactile candor and conviction. Galvin continues, “I want to tell stories about how memories, relationships, apprehensions, and big dreams hold us together. I think that exploring universal experiences both emotional and spiritual are best conveyed through the potency of personal stories. And music wields a power to render the very personal, epic.”
TICKETS AVAILABLE 10AM FRIDAY 6/14 HERE: https://ticketf.ly/2MEy06I 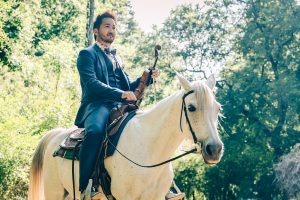 INFO: Imagine being forced from your home. Imagine being sent to a prison camp with no trial, and no promise of release. Imagine all this happened simply because of the language you speak, the shade of your skin, or the roots of your family tree. For over 120,000 Japanese-Americans this was a reality during World War II. It’s a reality that Kishi Bashi seeks to reckon with on his latest release Omoiyari.

Omoiyari is Kishi Bashi’s fourth album — following the acclaimed 151a (2012), Lighght (2014), and Sonderlust (2016), which have garnered serious acclaim from outlets including NPR Music, The Wall Street Journal, and The Guardian — and his most important yet. Many of the songs were initially inspired by history and oppression, and he deftly weaves tales of love, loss, and wanting to connect listeners to the past. Channeling the hard-learned lessons of history, Omoiyari is an uncompromising musical statement on the turbulent sociopolitical atmosphere of present-day America.

While the theme of Omoiyari is rooted in 1940s America, the album’s message is timeless. In exploring the emotional lives of the innocent Japanese-Americans who were unjustly incarcerated, Kishi Bashi hopes to nurture a sense of empathy, or omoiyari, in all who hear the album.
TICKETS AVAILABLE 10AM FRIDAY 6/14 HERE: https://ticketf.ly/2K9OIsA