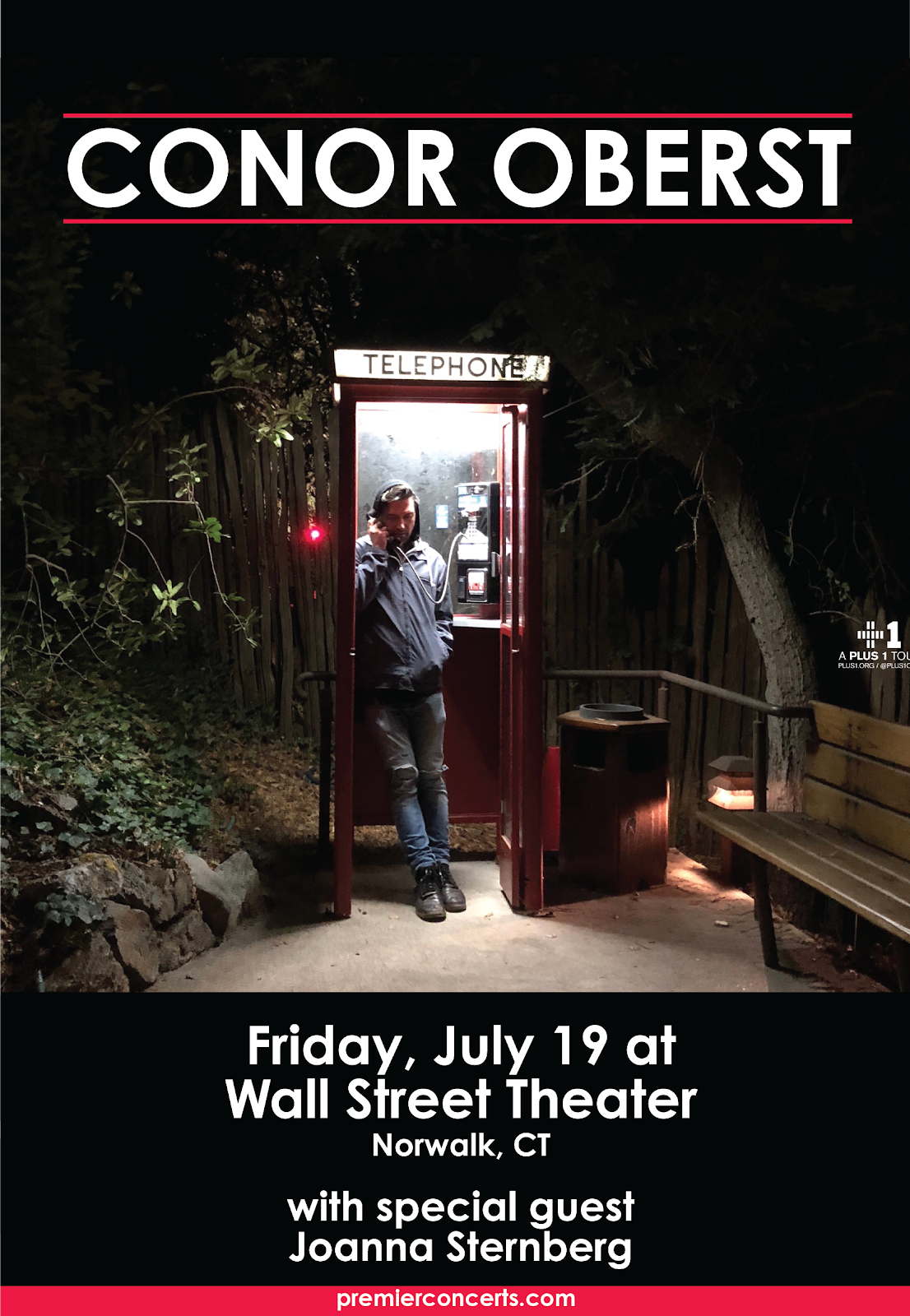 We’re back with our weekly Manic Presents Redscroll Blog! As usual, we’re here to share some exciting show announcements and remind you of the great shows happening. Just announced at College Street Music Hall – electronic pop duo, Phantogram with Bob Moses on Wednesday (9/4) and jazz and soul-influenced pop band Lake Street Drive on Tuesday (10/8). At Space Ballroom – SNL cast member and comedian Pete Davidson performs an intimate show on Saturday (7/27), LGBTQ+ podcast Food 4 Thot Live! on Friday (8/2), electronic musician Com Truise on Wednesday (9/18), the brainchild of Kevin Barnes, of Montreal, with Locate S,1 on Saturday (10/26), and Nashville-based singer-songwriter Liza Anne in the Front Room on Tuesday (11/12). And lastly and as part of as part of our weekly Manic Monday series at Cafe Nine – psychedelic afro-soul revivalists The Gentleman Brawlers with Thabisa and Ro Godwynn on (8/12). Don’t forget to grab your tickets and RSVP today!

This week’s show schedule begins with Low Cut Connie with Jelani Sei on Sunday (7/14) at Space Ballroom. On Monday (7/15) Nashville via Havana neo soul band Sweet Lizzy Project with Esor Rose and Fernanda and The Ephemeral come to Cafe Nine as part of our Manic Monday music series. On Tuesday (7/16) Little Steven and the Disciples of Soul featuring founding member of Bruce Springsteen’s E Street Band, Steven Van Zandt, come to College Street Music Hall. And finally, on Wednesday (7/17), post/progressive rock band Covet with Vasudeva and Holy Fawn come to Space Ballroom. Be sure to get your tickets today!

CONTEST TIME! Enter for a chance to win a pair of tickets to Conor Oberst at Wall Street Theater (Norwalk) on Friday, July 19th and a 7” vinyl of No One Changes!
Enter here: https://forms.gle/cHsqjn1dxE2KyZf37

Keep an eye out for more announcements and we’ll see you back here in two weeks! 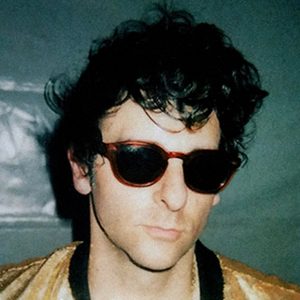 INFO: Since Low Cut Connie’s debut record Get Out the Lotion (NPR’s Fresh Air Top 10 albums of 2011), they’ve firmly established their reputation as one of the most exciting live shows in the US, with Greg Kot (Sound Opinions / Chicago Tribune) exclaiming they are “the essence of what rock n roll should be” and The New York Times stating, “Low Cut Connie’s word-of-mouth legend is built on live shows like this one.” Sweat-drenched, piano-pounding songwriter and frontman Adam Weiner’s writing has been described as “Seventies Stones (but dirtier), the New York Dolls (but tighter) and Jerry Lee Lewis (but Westerberg-ier)” (Rolling Stone).
TICKETS AVAILABLE HERE: https://ticketf.ly/2uLLCRY 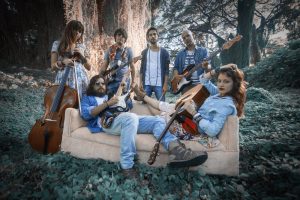 INFO: Sweet Lizzy Project, one of the most culturally significant bands to emerge from Cuba in recent years, has a distinctive sound imbued with overtones of classic American indie pop-rock suffused with an intoxicating Latino flair. Sweet Lizzy’s songs, all original and penned in English, are reflective of the members’ wide range of ages, from their 20´s to 40´s. SLP has attracted international attention with its high-energy, genre-defying live performances.
RSVP HERE: https://ticketf.ly/2LYQzC3 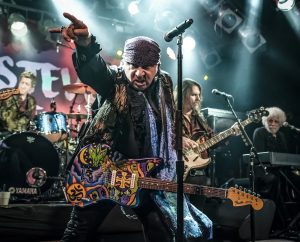 Little Steven and the Disciples of Soul 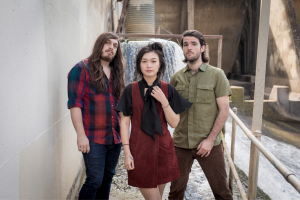 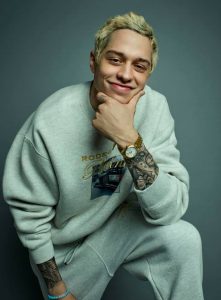 INFO: Stand-up comedian Pete Davidson returns to “Saturday Night Live” for his fifth season. Davidson, 25, is the youngest member of the current cast, as well as the first “SNL” cast member to be born in the 1990s. Davidson shot his first one-hour stand up special for Comedy Central in 2016 and was named one of Forbes’ 2016 “30 Under 30.” He made headlines as one of the featured comedians on the 2015 Comedy Central “Roast of Justin Bieber.” Davidson can be seen in the Netflix comedy “Set It Up,” the independent film “Big Time Adolescence” and Paramount Players’ “What Men Want.” Most recently, he was in Netflix’s Mötley Crüe biopic “The Dirt.” Davidson is from Staten Island, N.Y., and his birthday is Nov. 16.
TICKETS AVAILABLE HERE: https://ticketf.ly/2xAL2rF 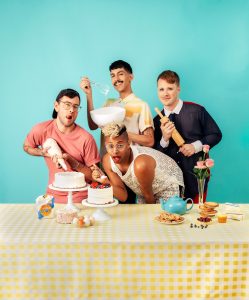 INFO: A new podcast discussing sex, relationships, race, identity, what we like to read, & who we like to read. Dennis, Fran, Joseph, Tommy forged a beautiful friendship over their shared love of literature, rosé, and butt-stuff. This round-table podcast is a recipe from all their brains, discussing (and sometimes disagreeing) on everything at the intersection of queerness and brownness—from Beyoncé to Borges, politics to peen sizes, Nietzsche to 90s R&B—combining the best of literary intellect with absolute trash. Like The View, but not terrible.
TICKETS AVAILABLE HERE: https://ticketf.ly/2xqjKUu 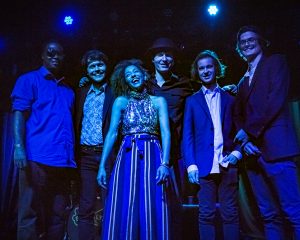 INFO: Gentleman Brawlers, a Brooklyn 6-Piece, are psychedelic Afro-soul revivalists known for their spooky, stylized tunes drenched in analog tape echo and spring reverb. Drawing influences from throwback electronica and acid rock into their funk-based compositions, the ‘Brawlers deliver a live show with plenty of heat, crackling energy, and butt-shaking whomp. While working on the tracks for their next full-length LP (due October 2019), the ‘Brawlers have honed their live show on college campuses and the festival circuit. Notable performances took place at Brooklyn Bowl, Princeton University, Sarah Lawrence College, The McKittrick Hotel (home of Sleep No More), Bethlehem’s Musikfest, The Greene Space, Knitting Factory, and recently an in-studio appearance on WBEZ Chicago (home of NPR’s Wait Wait . . . Don’t Tell Me and This American Life). Adventurous art-pop experimenters by trade, the band recently expanded their lineup and narrowed their focus to create a live music project dedicated to just one of the sonic ventures hinted at on previous recordings—the Lagos-by-way-of-Brooklyn Afrobeat sound of their single My Theory—and began performing in NYC jazz & world music clubs as the Gentleman Brawlers Afrobeat Project.
RSVP HERE: https://ticketf.ly/2RLkFbu 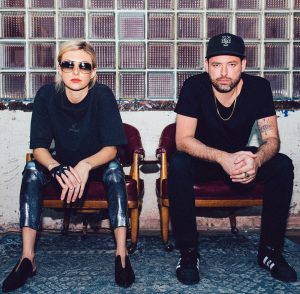 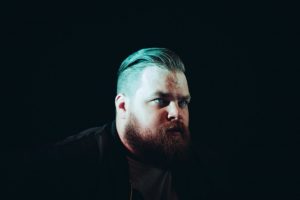 INFO: “Repetition is a form of change,” reads one of Brian Eno’s Oblique Strategies. Seth Haley knows the concept well, and his style of technicolour synth-wave takes the mantra as a challenge — how much emotion can one man convey through his machines? Six years ago, Galactic Melt introduced space traveller Com Truise and his journey through far-flung galaxies, before mini-epics Wave 1 and Silicon Tare expanded the story in further cosmic detail. And now Iteration concludes this sprawling saga. True to its name, the album is built on Com Truise hallmarks: neon-streaked melodies, big drums, robotic grooves, bleary nostalgia. But Iteration is also the most elegant and streamlined that Haley’s music has ever sounded.
TICKETS AVAILABLE HERE: https://ticketf.ly/2S8kCGX 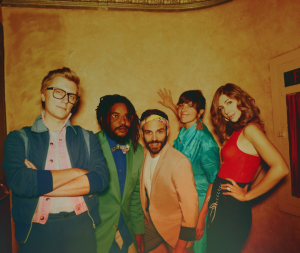 INFO: The title of Lake Street Dive’s Free Yourself Up is both an exhortation to listeners and a statement of purpose for the band. The songs have an infectious swagger, even when dealing with awkward breakups or the unsettled state of our world. Free Yourself Up is Lake Street Dive’s most confident album yet, seriously soulful and exuberantly rocking. And, in many ways, it is Lake Street Dive’s most intimate and collaborative, with the band itself taking over the production reins and working as a tightly knit unit to craft these ten songs. In addition, the quartet drafted touring keyboardist Akie Bermiss to join them in the studio, literally freeing the band up to explore a wider range of instrumental textures, construct more full-bodied arrangements, and build stacks of lively background harmonies.
TICKETS AVAILABLE HERE: https://ticketf.ly/2S2kBV8 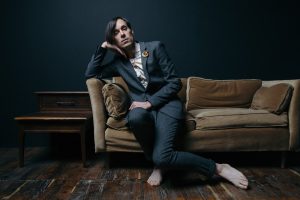 INFO: Two important events occurred during the making of White Is Relic/Irrealis Mood. I became “Simulated Reality” paranoid and I fell in LOVE. Well a lot more happened during the process of writing and recording, but those are the two big ones. I also reached a healthy point of self-forgiveness for my failed marriage and became deeply educated in the lies of America the Great. I feel like a switch was recently turned on in my brain and now I’m beginning to see through the lies that have been fed to me my whole life by the masters of media and by those who control and manipulate the narrative of our cultural identity and social order.
TICKETS AVAILABLE HERE: https://ticketf.ly/2F6A3KZ

INFO: “Growing up, people would always say I was too happy to be depressed, or too social to have anxiety,” says Liza Anne Odachowski, the critically acclaimed songwriter better known these days by her stage name Liza Anne. “In their eyes, because I was one thing, I couldn’t also be something else. I think we all exist in duality, though. I can be everything and nothing all at once.” “This album gave me space to find my voice,” says Liza Anne. “In the end, I always want to make art that’s provocative and that challenges the stereotypes of what women are supposed to be or how they are usually experienced. Songwriting isn’t just fun for me, it’s necessity. It’s my way of escaping my body and inhabiting it at the same time.”
TICKETS AVAILABLE HERE: https://ticketf.ly/2RIGRTQ