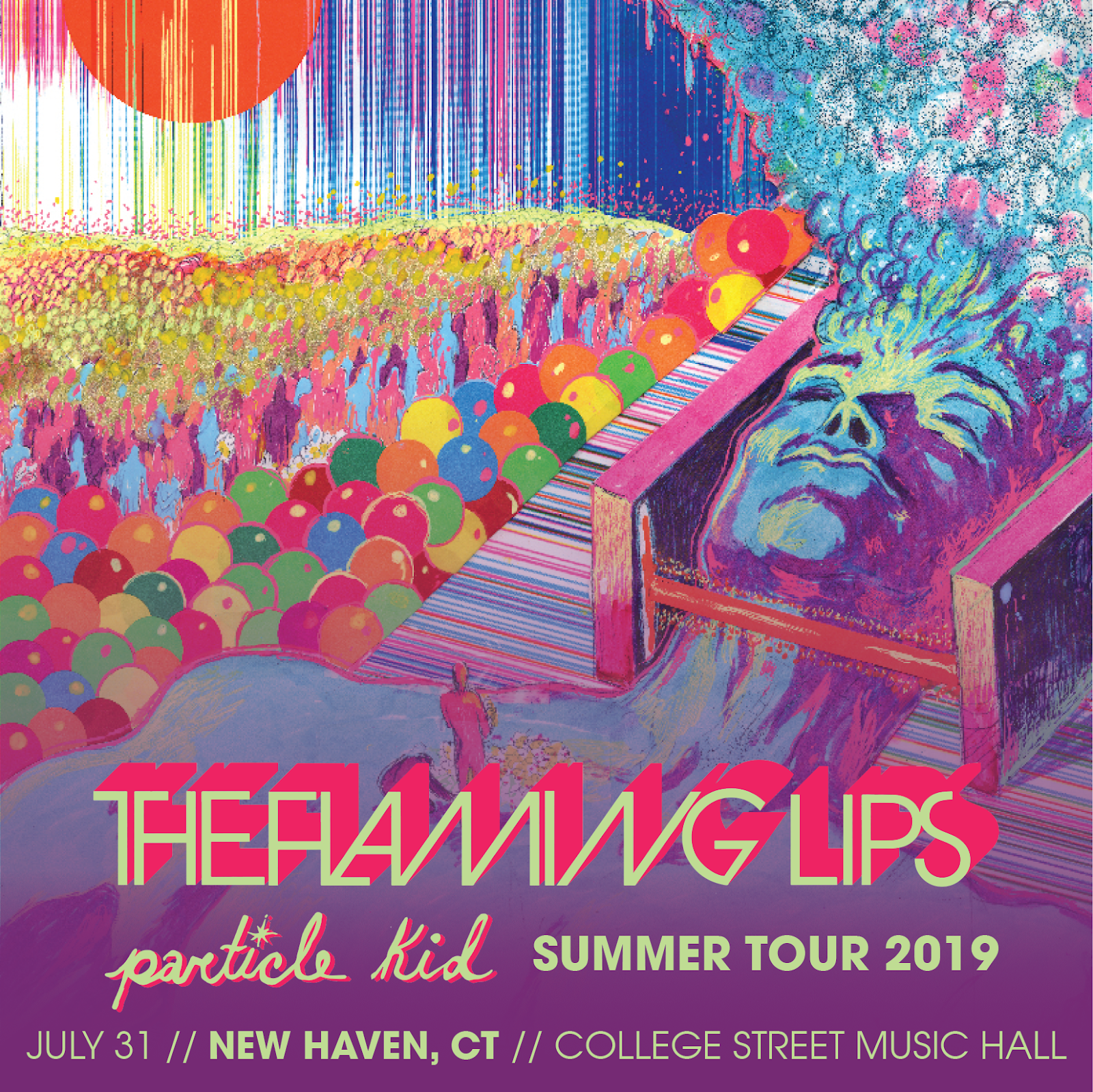 CONTEST TIME! Enter for a chance to win a pair of tickets to The Flaming Lip at College Street Music Hall on 7/31 and “A Part Of A Day In The Flaming Lips Life”, a special meet and greet which includes ~
– Meet & Greet w/ Wayne Coyne & other band members
– Soundcheck Access
– One Exclusive Signed Custom Pillbox Art Print
– Early Entry
– One Commemorative VIP Laminate 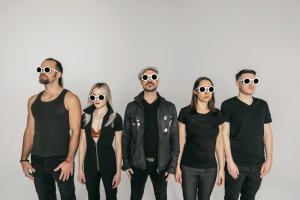 INFO:  Ghost Light’s brilliant debut album, ‘Best Kept Secrets,’ functions much like the band itself, drawing beauty and strength from both its complementary pairings and its unexpected juxtapositions. Formed in 2017, the group brings together five consummately talented artists from across the musical spectrum—guitarists/singers Tom Hamilton and Raina Mullen, pianist Holly Bowling, and drummer Scotty Zwang—and thrusts them into a wholly new context. The result is a record that transcends the sonic contributions and background of any single member, a collection that’s at once gritty and refined, sprawling and restrained, straightforward and psychedelic. Though the performances on the album are laser focused, the group’s live shows are a far looser affair, with tracks frequently blossoming into extended improvisational journeys dictated by the emotional temperature of the room on any given night. Songs turn into wordless conversations between all five members, a tide-like give-and-take that makes each show wholly engrossing and utterly unique.
TICKETS AVAILABLE HERE: https://ticketf.ly/2FkJx5m 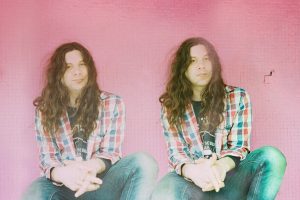 INFO: As Vile prepares for another round of lengthy tours and countless shows, these songs should prove good company, reminders of the love and responsibility he has toward those he leaves at home and those he meets along the way. That makes the sentiments resonate more strongly and lends his newest album, Bottle It In, an emotional weight. “It’s like that moment on the airplane,” Vile says, “when you’re on your way somewhere and you have that burst of panic. When you’re terrified of dying, that’s when you want people to know you love them.”
TICKETS AVAILABLE HERE: https://ticketf.ly/2Im8mjj 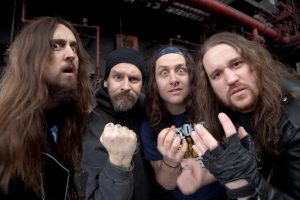 INFO: The Fatal Feast, the fifth studio album by Richmond, Virginia’s cross-over kings MUNICIPAL WASTE, not only ponders the type of moral dilemma faced in the title track but also tackles earthly issues that consistently plague humanity (“Covered In Sick/The Barfer,” “Repossession,” “Standards And Practices,” “12 Step Program,” “Crushing Chest Wound”). These 37 minutes of new music consolidate the best of everything the band has to offer: their utmost respect for headbang-inducing riffs, their trademarked aggression, their tongue-in-cheek sense of humor, and their talent for extracting meaning out of the absurd.
TICKETS AVAILABLE HERE: https://ticketf.ly/2Xr3IZe 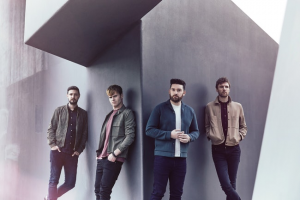 INFO: Irish quartet Kodaline return this year with their third album, quietly confident that it is the best of their career. “We took our time, we did our own thing, we made sure we got everything to exactly where it needed to be,” insists the soft spoken Steve. “We gave ourselves room to get out of our comfort zone and experiment, to try things we might have shied away from before. But the songs were always the foundation: the structure, the lyric, the melody. If you get that right, production can only make it better. It’s like sprinkles on top of the cake.”
TICKETS AVAILABLE HERE: https://ticketf.ly/2ISr9Dg 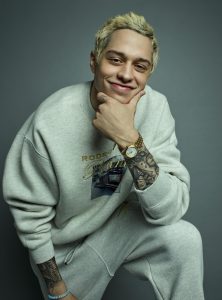 INFO: Stand-up comedian Pete Davidson returns to “Saturday Night Live” for his fifth season. Davidson, 25, is the youngest member of the current cast, as well as the first “SNL” cast member to be born in the 1990s. Davidson shot his first one-hour stand up special for Comedy Central in 2016 and was named one of Forbes’ 2016 “30 Under 30.” He made headlines as one of the featured comedians on the 2015 Comedy Central “Roast of Justin Bieber.” Davidson can be seen in the Netflix comedy “Set It Up,” the independent film “Big Time Adolescence” and Paramount Players’ “What Men Want.” Most recently, he was in Netflix’s Mötley Crüe biopic “The Dirt.”
LATE SHOW TICKETS AVAILABLE HERE: https://ticketf.ly/30ykp2H 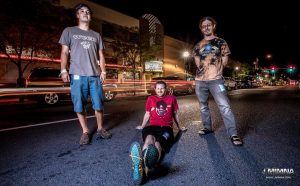 INFO: Cycles epitomize the power-trio format with ripping guitar, fat bass grooves played out through furious slapping, and dynamic drum beats flowing over intricate tempo changes. Each member wields a unique take on their instrument that when played together, forms a truly fresh and cohesive sound. Patrick Harvey commands the guitar with speed and precision reminiscent of Jimmy Herring while using his loop pedal virtually as its own instrument, a skill unique only to him. Michael Wood has subtly forged a drum style that showcases his rare ability to mashup funky hip-hop beats with frenzied rock riffs and only displays flashy technique when necessary while implementing the creative use of various sound-modulating drum triggers. At the heart of the band lies Tucker McClung’s dominant slap-bass chops that captivates audiences and pumps the musical blood through the band.
RSVP HERE: https://ticketf.ly/2SwznUp 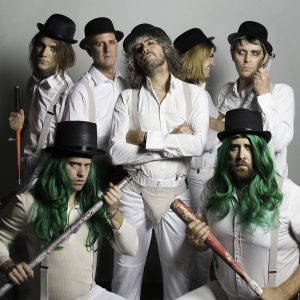 INFO: The Flaming Lips are an American rock band, formed in Oklahoma City, Oklahoma in 1983. Melodically, their sound contains lush, multi-layered, psychedelic rock arrangements, but lyrically their compositions show elements of space rock, including unusual song and album titles—such as “Psychiatric Explorations of the Fetus with Needles”, “Free Radicals (A Hallucination of the Christmas Skeleton Pleading with a Suicide Bomber)” and “Yeah, I Know It’s a Drag… But Wastin’ Pigs Is Still Radical”. They are also acclaimed for their elaborate live shows, which feature costumes, balloons, puppets, video projections, complex stage light configurations, giant hands, large amounts of confetti, and frontman Wayne Coyne’s signature man-sized plastic bubble, in which he traverses the audience. In 2002, Q magazine named The Flaming Lips one of the “50 Bands to See Before You Die”.
TICKETS AVAILABLE HERE: https://ticketf.ly/2IRFcsy 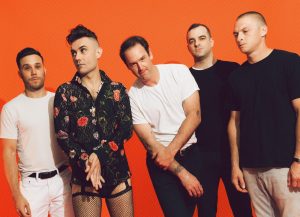 INFO: Ceremony’s lead guitarist Anthony Anzaldo doesn’t want to talk about the fact that his band has been around for over ten years. Or that their sixth album will mark four years since the iconic punk band has released any new material. These things aren’t really important. What matters is that In the Spirit World Now is Ceremony’s most driving, intelligent collection of songs to date. In the Spirit World Now grows with each listen, balancing Yip’s pop sensibilities with Greenberg’s noise-punk influence through dramatic, shining synthesizer hooks and a mature vocal strategy. Drummer Jake Casarotti and bassist Justin Davis power through the 11-tracks as a strong yet sparse backbone that interlocks with guitarists Andy Nelson and Anzaldo to create a pop-centric, post-punk canvas for frontman Ross Farrar to expel the most vulnerable parts of himself. (And, thankfully, there are many.)
TICKETS AVAILABLE HERE: https://ticketf.ly/2Lx2aHx 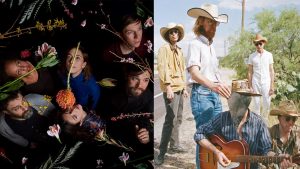 INFO: Deerhunter: From Atlanta, Georgia, the origins of Deerhunter can be traced back to when frontman Bradford Cox first met guitarist Lockett Pundt at high school. Years later Bradford met Moses Archuleta and started jamming together. Other contributors to Deerhunter since its establishment in 2001 include Josh Fauver, Colin Mee and Whitney Petty. The current incarnation consists of Cox, Pundt and Archuleta plus bassist Josh Mckay and guitarist Frankie Broyles. Produced by Nicholas Vernhes and Bradford Cox and recorded in the dead of night, Deerhunter’s new longplayer Monomania finds the group recalling its scrappy punk aesthetic; a perfect nocturnal garage rock album full of the layered and hazy vintage guitar sounds that define them.

Dirty Projectors: THE NEW SELF-TITLED ALBUM does everything we want and expect from Dirty Projectors — but in a way that we never could have imagined or anticipated. In a career of surprising conceptual gambits, unexpected stylistic shifts, and continually changing lineups — this is, as DJ Khaled says, “ANOTHER ONE”! A PROTEAN, SHAPE-SHIFTING CHAMELEON, Dave Longstreth, the founding member and sole constant Projector, goes where the music is: he builds his band and arrangements around the songs he’s writing in that moment. ‘Dirty Projectors’ is a BREAKUP ALBUM. These songs, coming out of a place of heartbreak & depression, began as private gestures of catharsis & healing. DL couldn’t see any future for Dirty Projectors, much less imagine these as Dirty Projectors songs, until he went to LA, where Rick Rubin urged him that this is exactly what they are.
TICKETS AVAILABLE 10AM FRI 7/26 HERE: http://bit.ly/DeerProjectorsCT 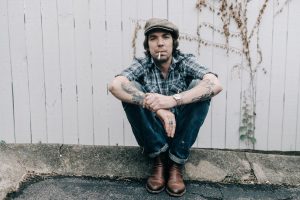 INFO: Justin Townes Earle has done a lot of living in his 37 years. For starters, there’s the quick-hit bullet points about his childhood that seem to get dredged up in every interview, article or review about the singer-songwriter and guitarist: Born the son of Steve Earle, who was largely absent during Justin’s childhood; struggles from a young age with addiction and numerous stints in rehab; long stretches of itinerancy and general juvenile delinquency; a youth he once said he was “lucky to have gotten out of alive.” It’s a seemingly bottomless well of material for a singer-songwriter to mine out of just three decades or so of life. And Earle at times has—most recently on his 2017 album, Kids in the Street, which the artist calls “one of the more personal records I’ve ever made.” But when it came to his newest effort, The Saint of Lost Causes, Earle, these days sober, married and father to a baby girl, chose to focus his gaze outward. “Maybe having a kid has made me look at the world around me more,” he says.
TICKETS AVAILABLE 10AM FRI 9/20 HERE: https://ticketf.ly/2ROR7d1 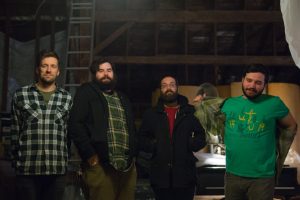 INFO: Pile’s songs often function as direct and relatable expressions of frontman Rick Maguire’s interior life – at turns anxious and chaotic, but imbued with a self-effacing humor and moments of bracing clarity. On their latest LP, Green and Gray, the songwriting is no less densely packed with ideas, both musical and lyrical, and Pile don’t pull back from either of the extremes that have defined their sound, but spend more time between the two poles. The effect is to give the album the feel of a contiguous whole, which combined with it’s almost orchestral sonic palette, serves to heighten its emotional resonance.
TICKETS AVAILABLE HERE: https://ticketf.ly/2RMGvLS