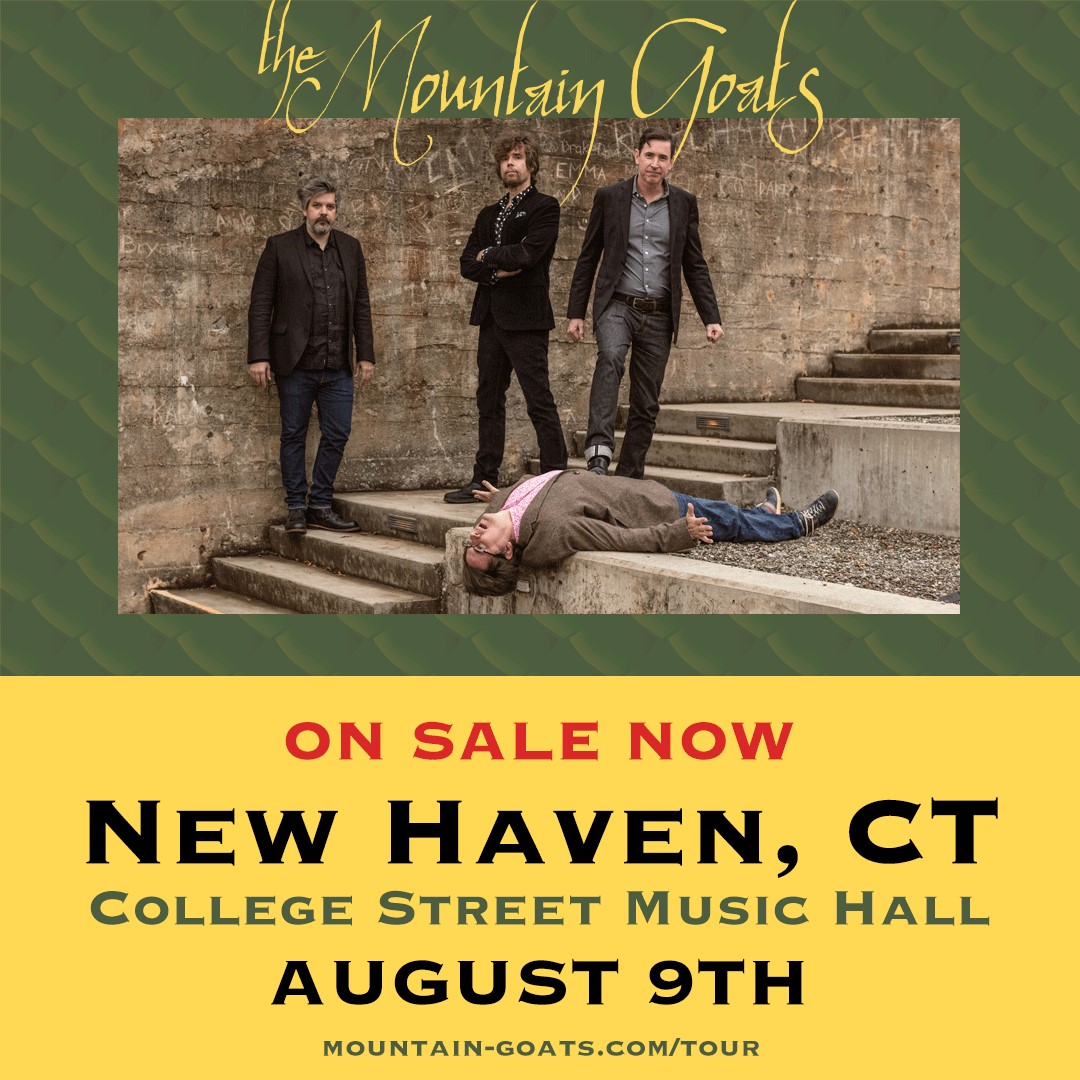 The Manic Presents Redscroll Blog is making another appearance, and this week we’ve got a ton of exciting announcements! Just announced at College Street Music Hall – Baltimore funk jam band Pigeons Playing Ping Pong on (11/2)! Just announced at Space Ballroom – Baltimore synth pop outfit Future Islands on (9/3), CT native singer/songwriter and bandleader Sammy Rae & The Friends on (9/5), CT indie pop duo Mates of State will perform their debut album ‘My Solo Project’ on (10/4), and Katie Toupin (formerly of Houndmouth) arrives on (10/30)! Just announced at Cafe Nine – Denver based live-electronic trio Nobide on (9/23) and lastly, singer/songwriter and vocalist of The Movielife and I Am The Avalanche; Vinnie Caruana on (10/21).

This week’s show schedule kicks off on Sunday (8/4) with Philadelphia rock quartet Swearin’ invading the Space Ballroom alongside Mike Krol and Laundry Day! On Monday (8/5) atmospheric indie pop act Hibou takes the stage at Cafe Nine with The Penniless Wild and Big Fang as part of the Manic Monday music series! Lastly, Tuesday (8/6) will see Reignwolf perform at Space Ballroom with support from The Parlor Mob. Get your weekly dose of live music at one of our awesome shows!

CONTEST TIME! Enter for a chance to win a pair of tickets to The Mountain Goats at College Street Music Hall on Friday, August 9th as well as a signed vinyl copy of their newest record, “In League with Dragons.” 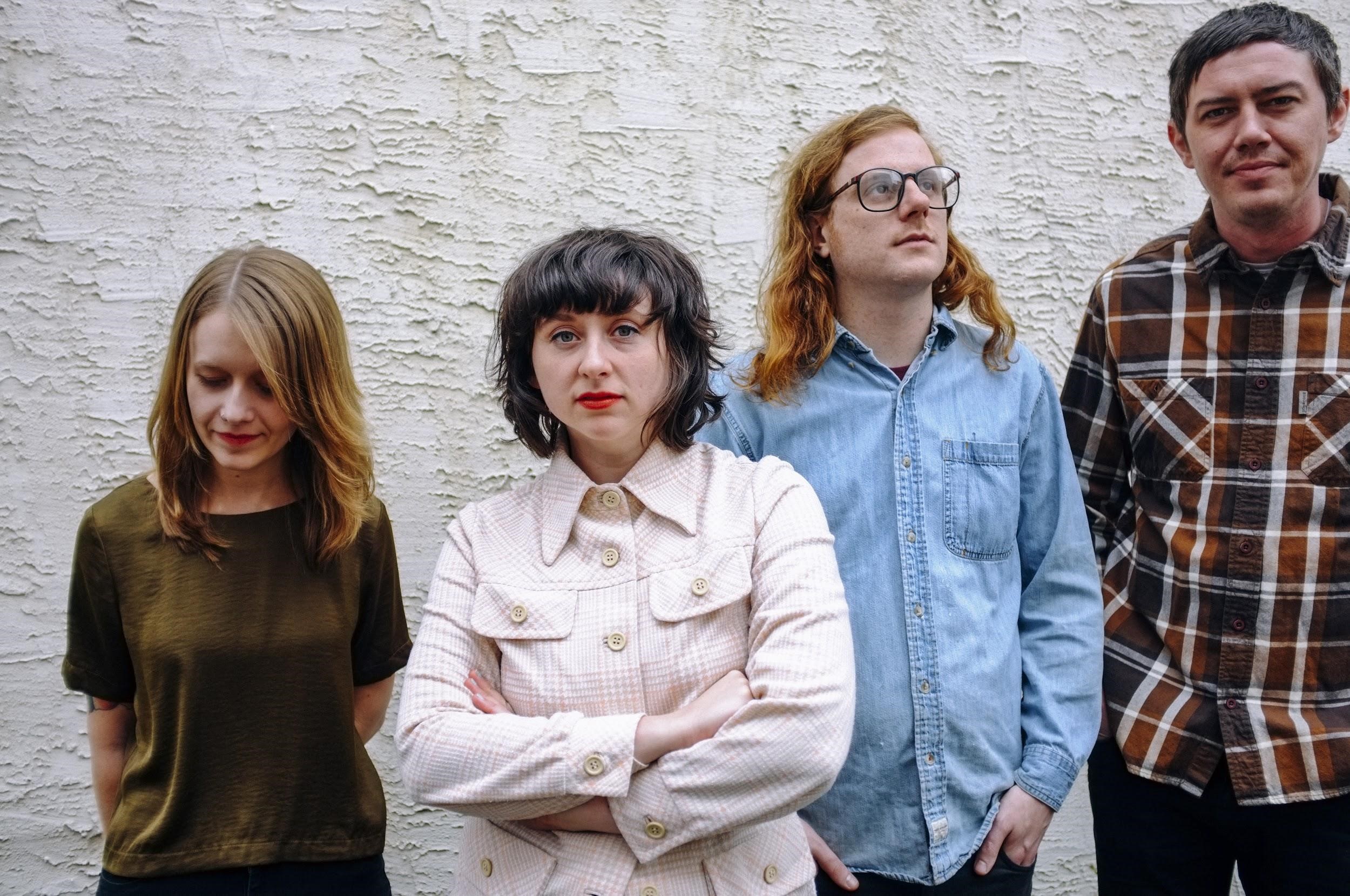 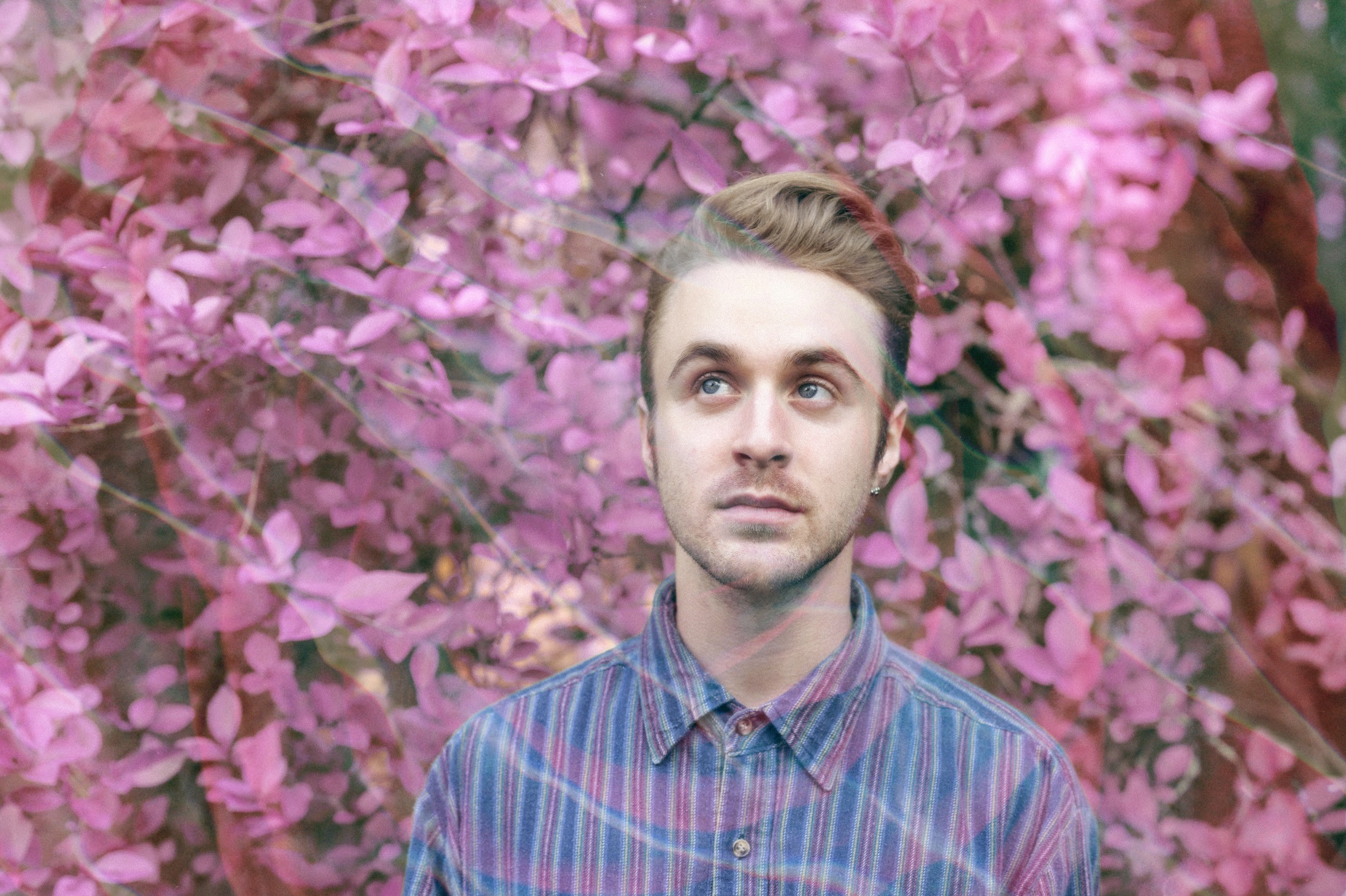 INFO: Amidst an atmosphere of melancholia, Peter Michel has thrown himself into a lifetime’s worth of writing, recording and touring belied by his young age. At just 17, the Seattle-based musician toured extensively with dream pop outfit Craft Spells, and most recently met critical acclaim with his personal project, Hibou. In ‘Halve’, Hibou’s third full length album, Michel creates a characteristically ethereal record addressing the dichotomies between childhood and adulthood, self and society, authenticity and superficiality. The outcome is a work filled with swooning, hazy reflections on loss, love, nostalgia, and joy from a 10,000 foot view. Michel’s vocals comfortably twist from echoing whispers to punkish accusations; his guitar from dizzying surf hooks to lush 80s-inspired chords. Control—and the lack of it—reverberates throughout the album, and the consequence is a set of ten deeply vulnerable songs that will find you romanticizing your own childhood, your own teenage years, your own morning. 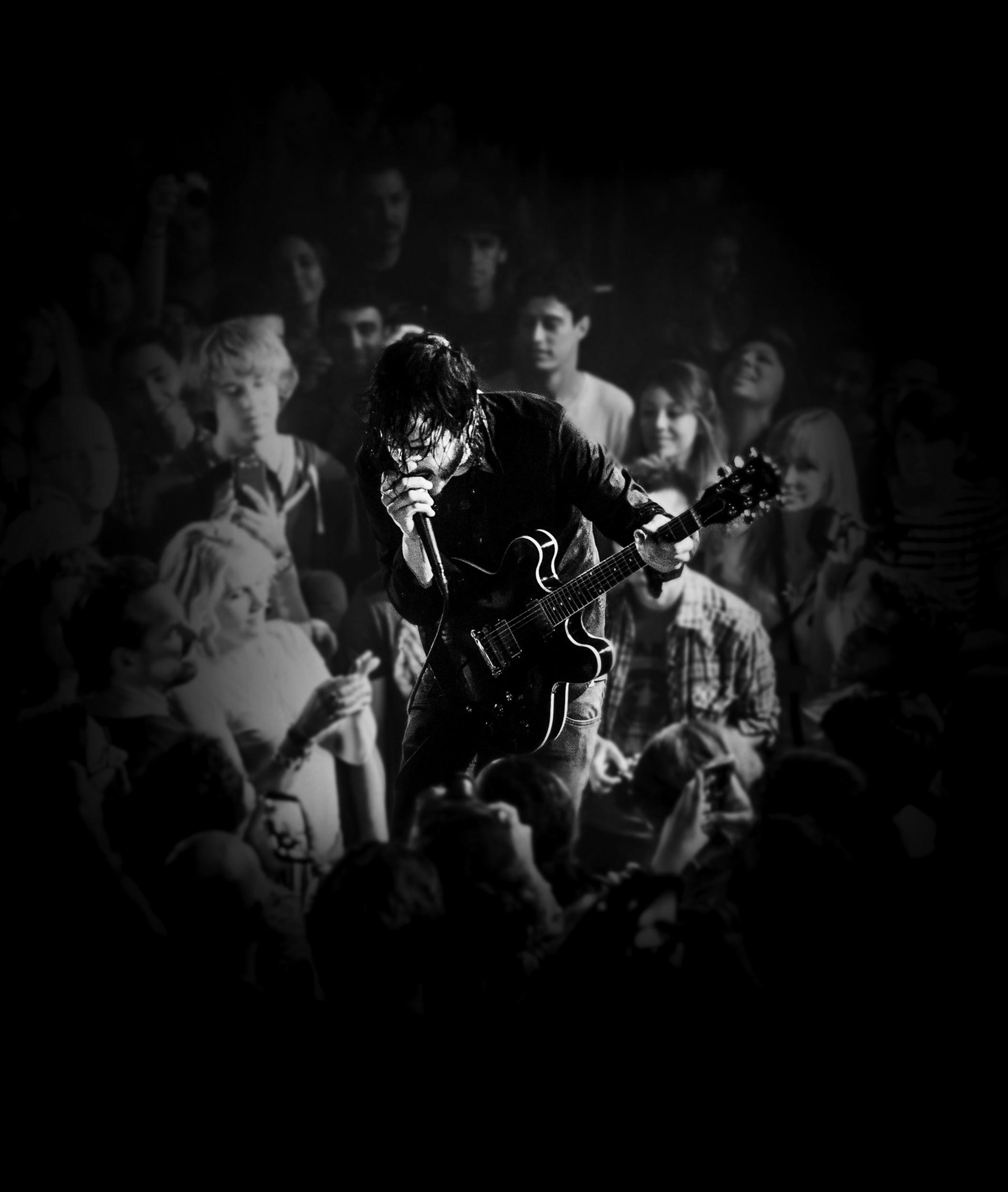 INFO: Reignwolf originated in 2012 and within two short years they toured the world, performed at almost every major festival across the globe and were handpicked to open up for Black Sabbath without even releasing a record. 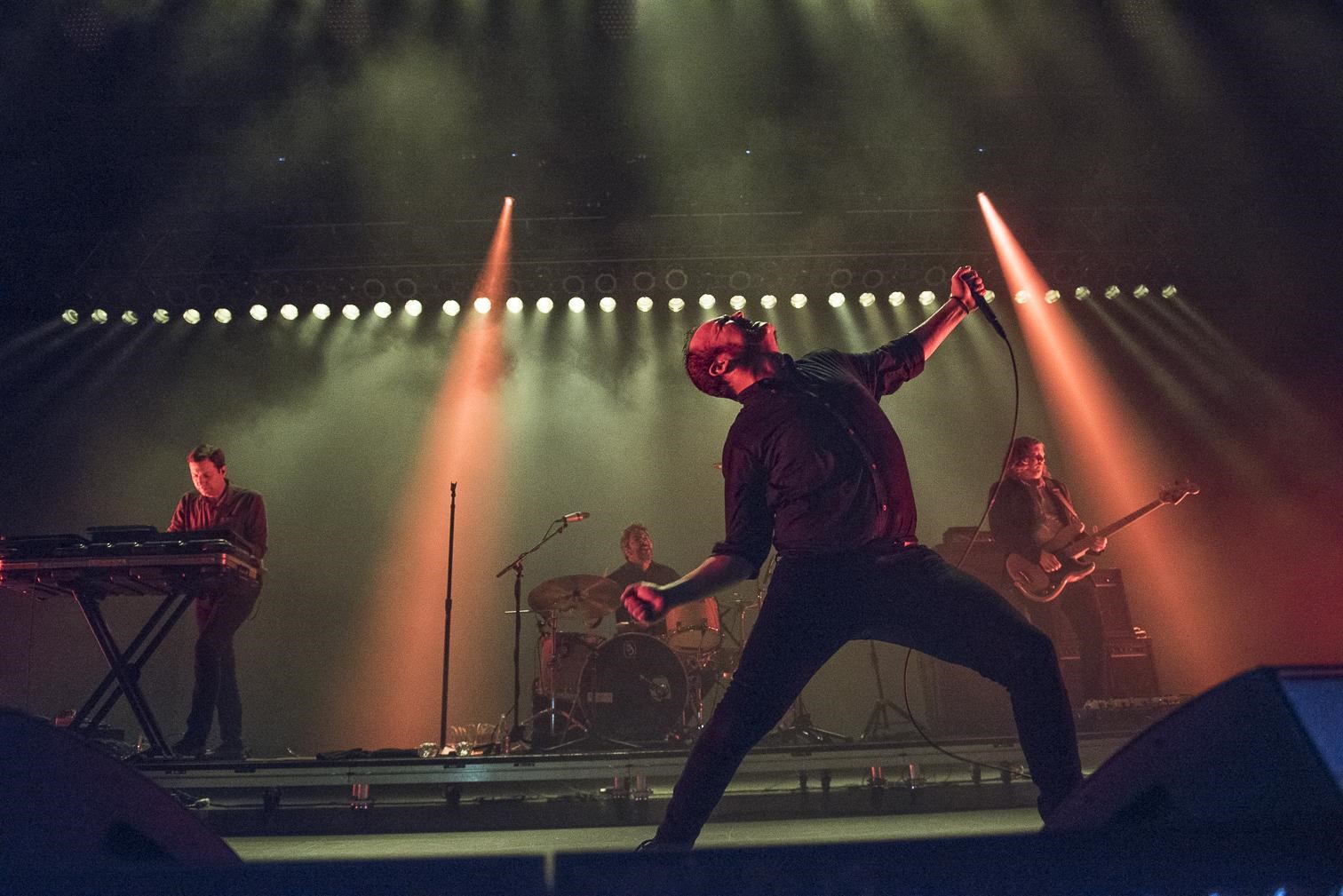 INFO: Synthpop band formed in 2006 in Greenville, North Carolina and based in Baltimore, Maryland. Currently signed to 4AD. 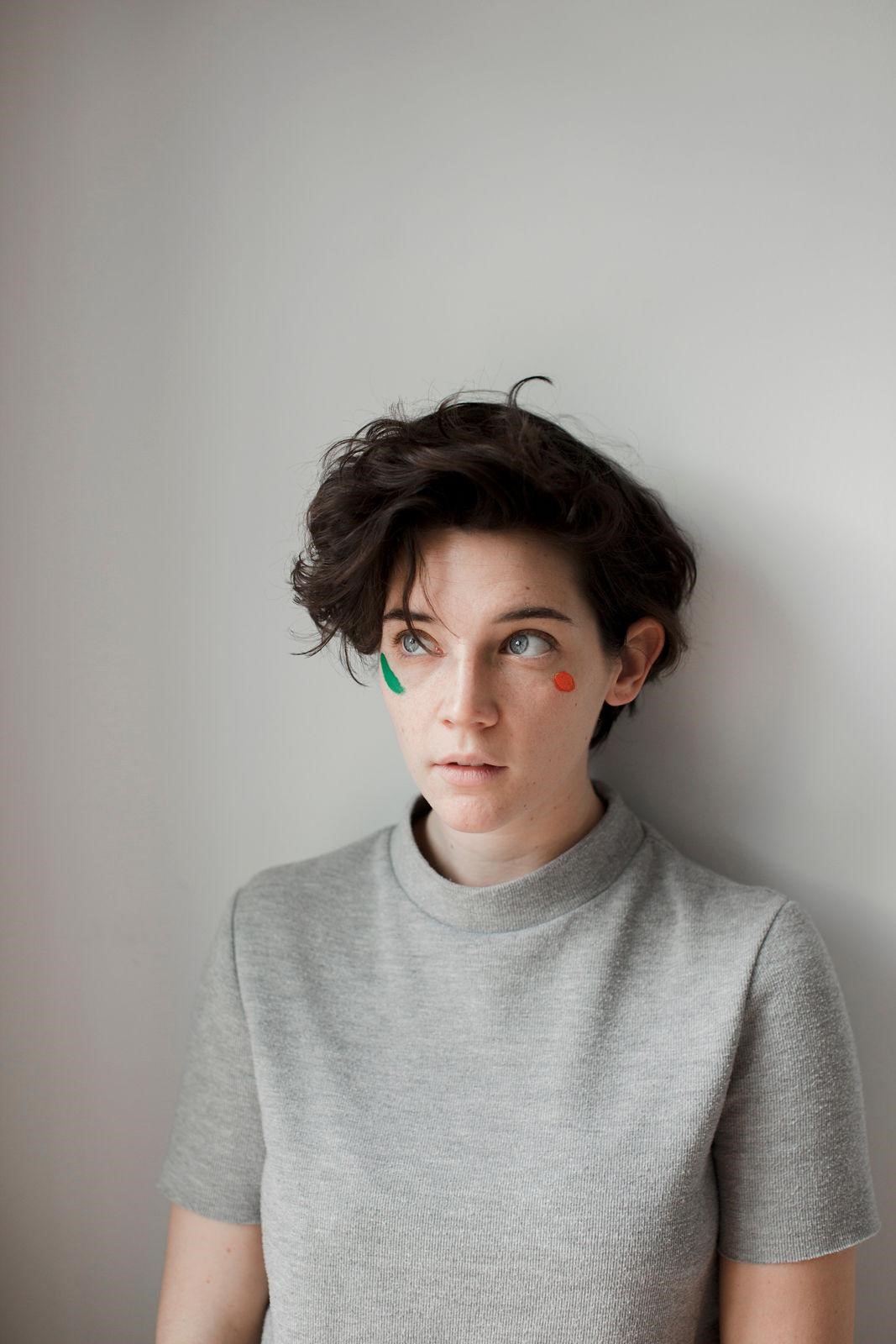 INFO: Singer/songwriter, bandleader, and human being Samantha Bowers was born in the small town of Derby, Connecticut. Sam first began writing songs at age 12 while taking piano lessons and listening to Bruce Springsteen, Billy Joel and Freddie Mercury playing on the family stereo. By 16, Sam developed a love of jazz and began to study the great female vocalists of the century (mainly Ella Fitzgerald, Etta James and Sarah Vaughn) as she started to perform original compositions in local Connecticut and New Jersey venues. She would go on to release the LP ‘Hopeless’ (2010, age 15) and EP ‘Celebrate My Heart’ (2012, age 18).

In 2013 at age 19, Sam packed up and moved to New York to pursue music and songwriting, enjoying a sixth-month residency at the prestigious Cotton Club jazz lounge in Harlem. After the release of the 2016 LP ‘Sugar’, The Friends were born from a collection of talented musicians and friends. Sammy Rae & The Friends would play shows around the NY Metro area as Sam kept composing and sharpening her craft, culminating in the July 2018 release of the self-produced EP ‘The Good Life’, premiered to a sold-out crowd at C’Mon Everybody in Brooklyn. The release marked a fresh start for the seasoned vocalist showcasing her skills as a composer, arranger, lyricist, and bandleader on her fourth release. The lyrics focus on themes of coming-of-age, defiance, and self-expression. Her genre blending performances are high-energy, honest and quirky, influenced by the great performances of her childhood classic rock heroes 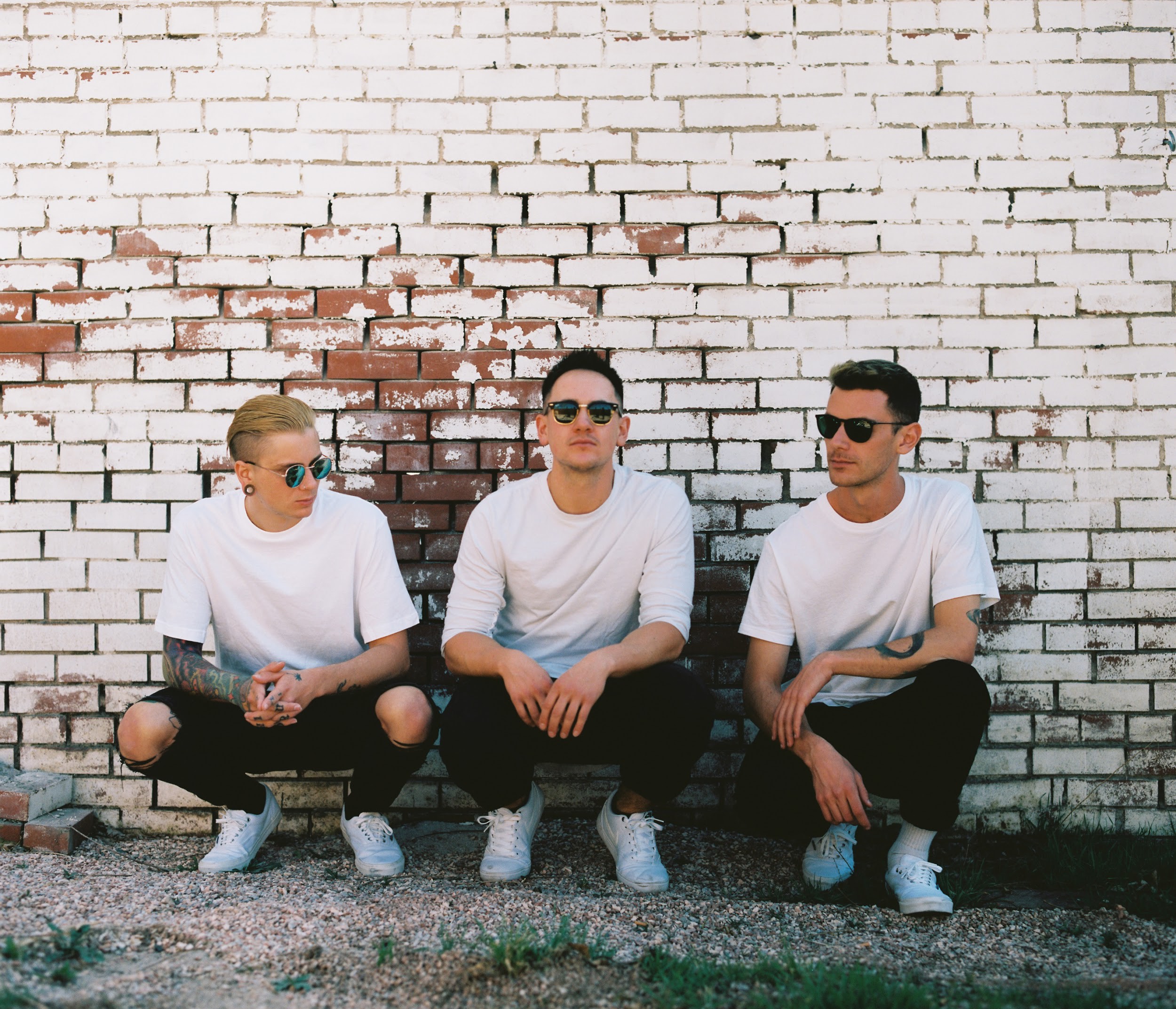 Nobide points to “not biding time,” taking every opportunity to engage with life via sound, color and wonder. 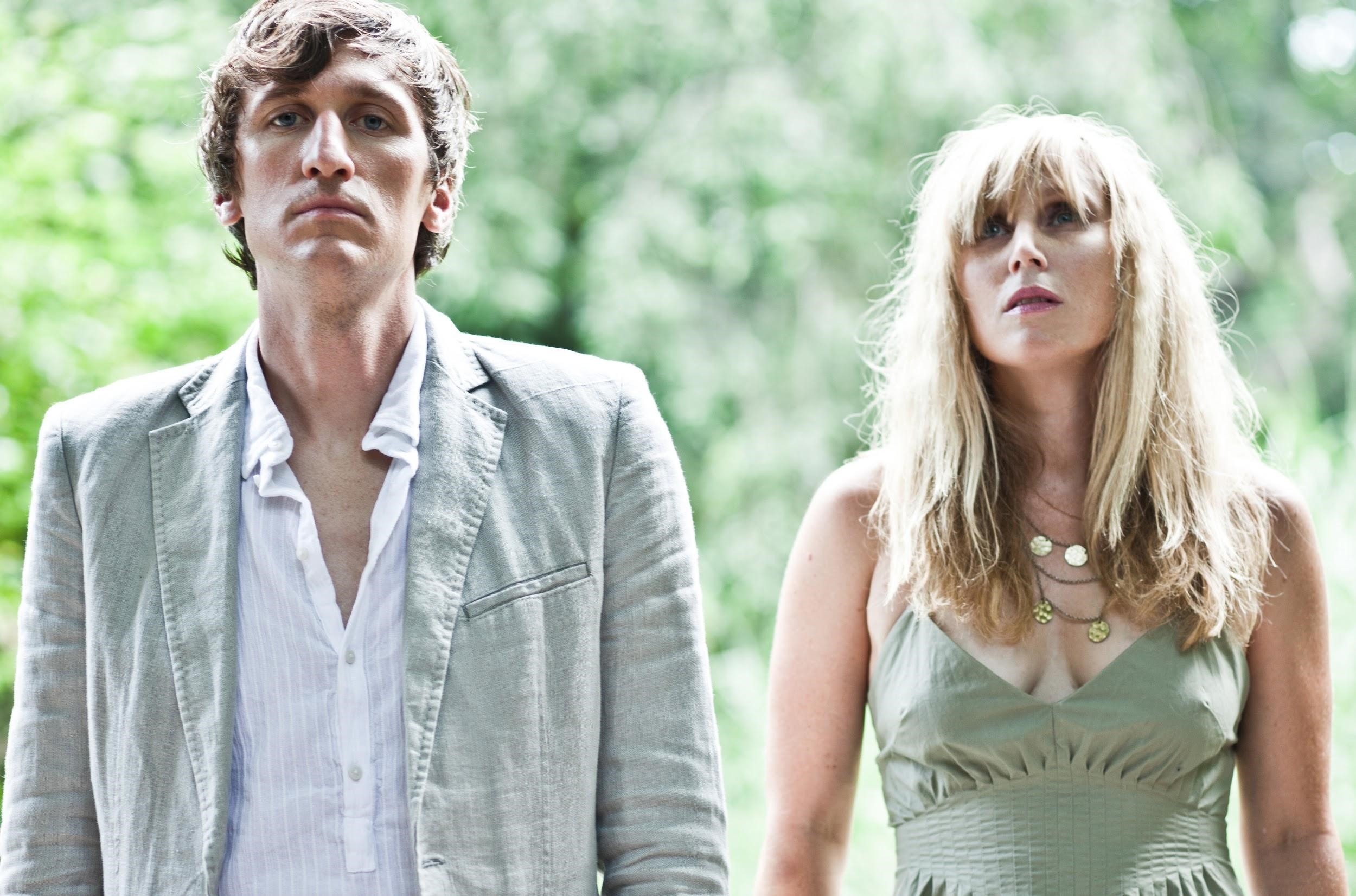 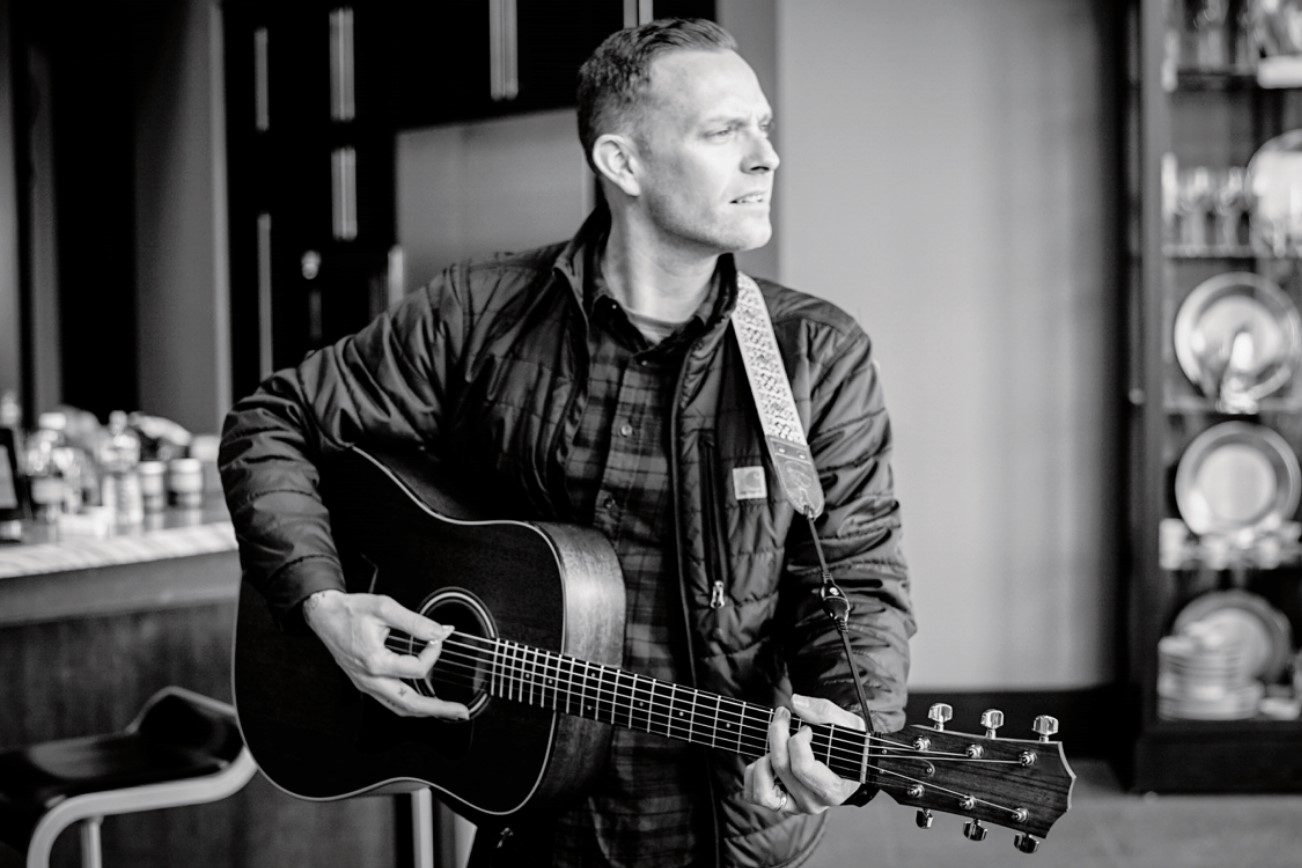 INFO: Vinnie Caruana is the singer for the band I Am The Avalanche and former front man of now defunct Long Island pop-punk band The Movielife. When not touring with I Am The Avalanche he plays intimate acoustic shows (usually in the North East) 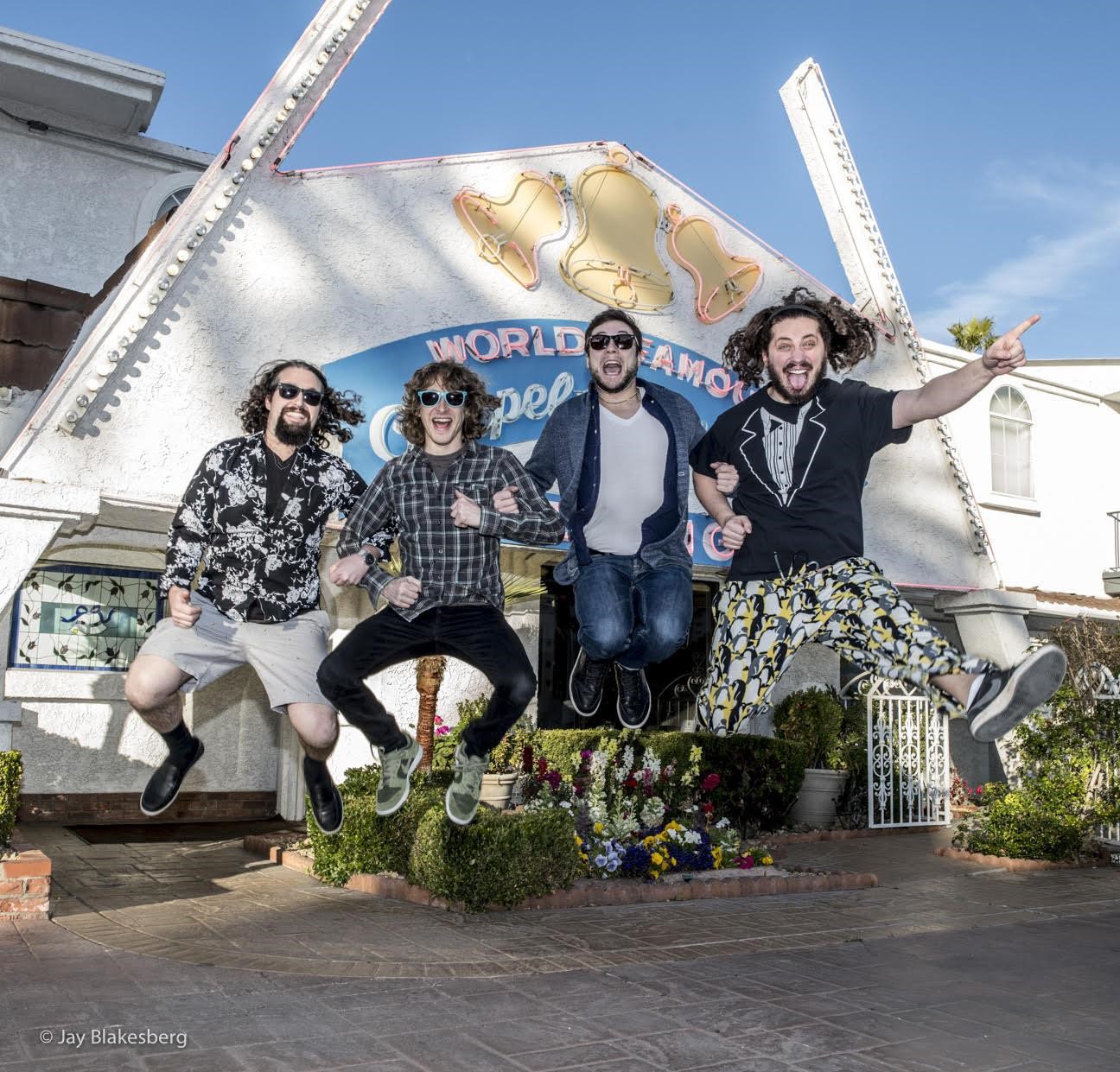 INFO: “We pour every ounce of ourselves into every note when we perform live,” says Pigeons Playing Ping Pong singer/guitarist Greg Ormont. “When we’re recording in the studio, we try to maintain that euphoria while finding a way to pack it into a tight, focused vessel. Each song becomes like a spring-loaded can of worms: there’s all this energy boxed up in a neat little package, and then when you come see us live, the cap comes off and the contents fly out in every direction like fireworks.”

It’s a whimsically apt metaphor for Pigeons Playing Ping Pong, a band whose very existence is rooted in the unyielding quest for joy and positive energy. Blending infectious funk grooves, psychedelic jams, and experimental electronics, the Baltimore four-piece’s new album, ‘Pizazz,’ is a buoyant, blissful reminder of just how much fun music can be. Eschewing the traditional funk band lineup that typically includes keyboards, Pigeons Playing Ping Pong constructs effervescent soundscapes with just two guitars, bass, and drums, crafting their music with a sophisticated ear for both open space and dense layering.