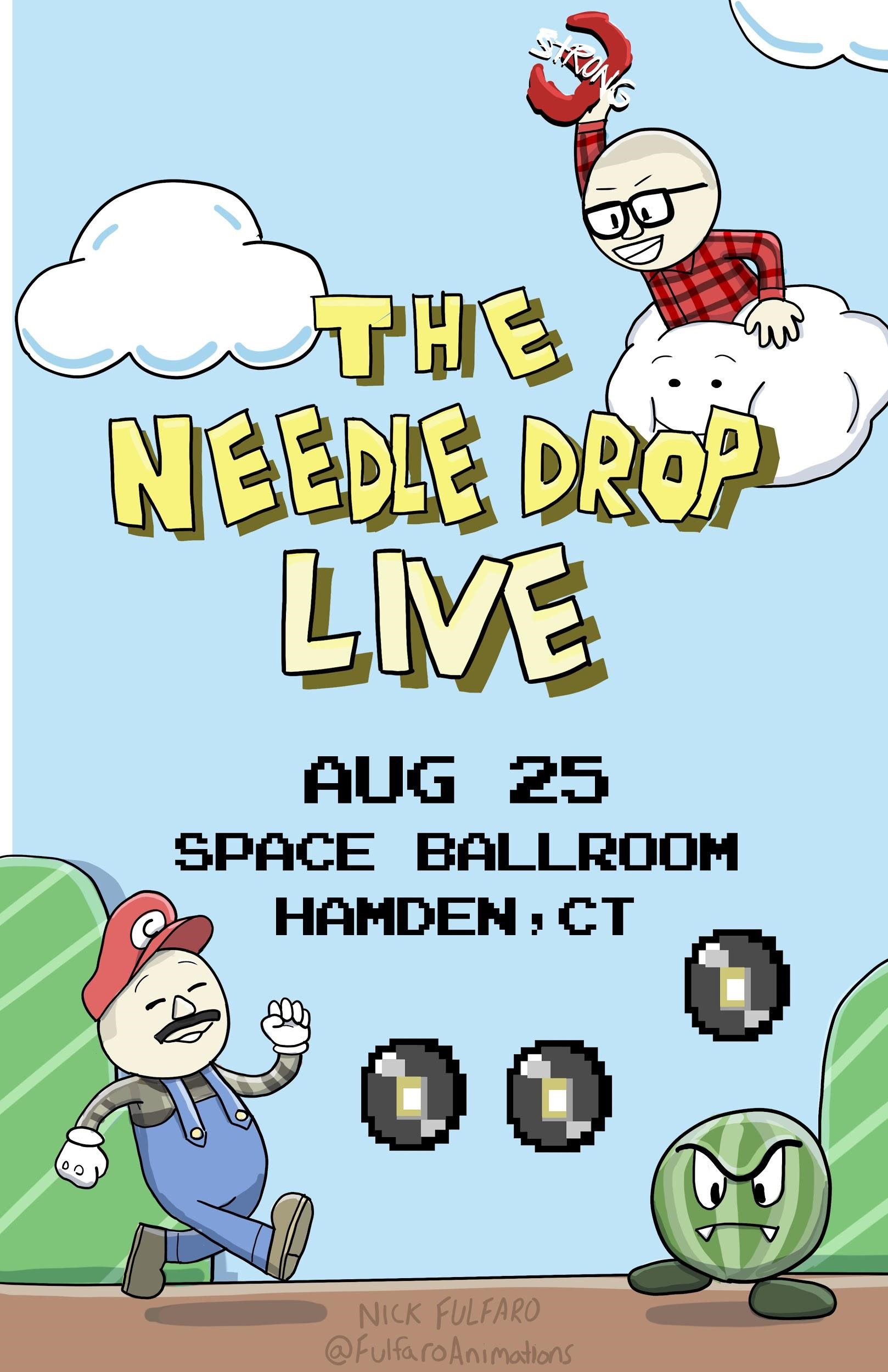 The weekly Manic Presents Redscroll Blog is back! You know the drill, we’re here to fill you in on the newest show announcements and remind you of the other great live events we have in store.

CONTEST TIME! Enter for a chance to win a pair of tickets and a Meet & Greet with Anthony Fantano of The Needle Drop at Space Ballroom on August 25th!
Enter here: https://forms.gle/DDnW2ZLWZDGbtkqaA 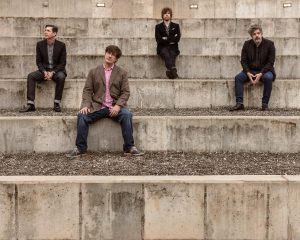 INFO: THE MOUNTAIN GOATS ARE JOHN DARNIELLE, PETER HUGHES, JON WURSTER, AND MATT DOUGLAS. THEY HAVE BEEN MAKING MUSIC TOGETHER AS A QUARTET FOR SEVERAL YEARS. THREE OF THEM LIVE IN NORTH CAROLINA AND ONE HAS MOVED BACK TO ROCHESTER. THEIR SONGS OFTEN SEEK OUT DARK LAIRS WITHIN WHICH TERRIBLE MONSTERS DWELL, BUT THEIR MISSION IS TO RETRIEVE THE TREASURE FROM THE DARK LAIR & PERSUADE THE TERRIBLE MONSTERS INSIDE TO SEEK OUT THE PATH OF REDEMPTION. AS AXL ROSE ONCE MEMORABLY ASKED, IN THE SONG “TERRIBLE MONSTER”: “WHAT’S SO TERRIBLE ABOUT MONSTERS, ANYWAY?” THIS IS THE QUESTION THE MOUNTAIN GOATS HAVE BEEN DOGGEDLY PURSUING SINCE 1991. THEY WILL NEVER LEAVE OFF THIS QUEST UNTIL EVERY OPTION HAS BEEN EXHAUSTED. THANK YOU.
TICKETS AVAILABLE HERE: https://ticketf.ly/2GQYnRA 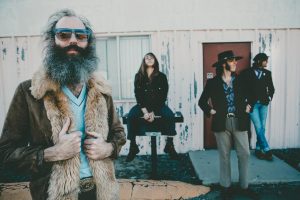 INFO: Howlin Rain is back on the road this summer. Fittingly, they’ll be celebrating a new series of limited edition live albums entitled, ‘Under the Wheels,’ while continuing to support their acclaimed 2018 studio album, ‘The Alligator Bride,’ which Uncut Magazine called, “classic rock in the most pastoral, sun-soaked ‘70s sense, with traces of Springsteen at his most gospel, Creedence at their grooviest, Free and AmericanBeauty.”
TICKETS AVAILABLE HERE: https://ticketf.ly/2k4unJA 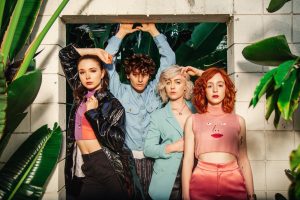 INFO: Perfectly imperfect – that’s one way to describe LA based punk act, The Regrettes. Writing songs that proudly bear a brazen and unabashed attitude in the vein of acts Courtney Barnett or Karen O – with a pop aesthetic reminiscent of 50’s and 60’s acts a la the Temptations or Buddy Holly – the LA based four piece create infectious, punk driven tracks. From the opening moments on a track by The Regrettes, we’re greeted with a wall of guitars, infectious melodies and a wistful nostalgia that continues right until the final notes. Taking cues from acts like Hinds and Hole, there’s a wistful sense of youth and vulnerability that lies at the heart of each song.
TICKETS AVAILABLE HERE: https://ticketf.ly/2k42LnX 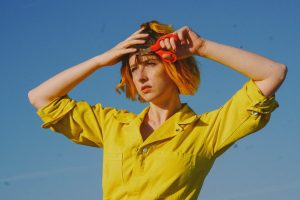 INFO: Last year Violet released “Crush” – the first single from her forthcoming album Bad Ideas. In the time since her last three singles have exploded, Tessa has gone from an acoustic-leaning solo artist, to an inspirational female fronting a shredding live band (anchored by baddass drummer Jess Bowen). Although her recordings are competitive modern productions which perform well on playlists, her live show has a raw organic energy that is intoxicating. She sold out her first ever headline shows (The Troubadour in LA; and Mercury Lounge in NYC; two show at Camden Assembly Hall in London) and finally achieved her goal of bonafide rock queen when she was offered her first festival slot at Lollapalooza.
TICKETS AVAILABLE HERE: https://ticketf.ly/2Go17pw 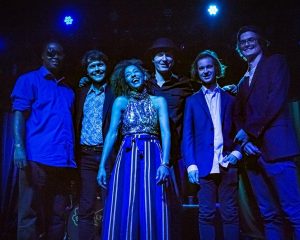 INFO: BROOKLYN & QUEENS, NY: Gentleman Brawlers, a Brooklyn 6-Piece, are psychedelic Afro-soul revivalists known for their spooky, stylized tunes drenched in analog tape echo and spring reverb. Drawing influences from throwback electronica and acid rock into their funk-based compositions, the ‘Brawlers deliver a live show with plenty of heat, crackling energy, and butt-shaking whomp. While working on the tracks for their next full-length LP (due October 2019), the ‘Brawlers have honed their live show on college campuses and the festival circuit.
RSVP HERE: https://ticketf.ly/2RLkFbu 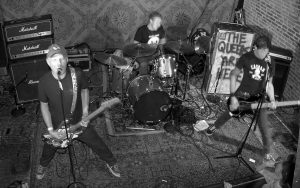 The Queers w/ Dagwood, The Redactors

INFO: We’ve been playing music and touring all over the world for almost 30 years now. We released a few records for Lookout! Records in the early 90s and then had a terrible stint with Hopeless in the late 90s. I don’t think they wanna see us and we definitely don’t wanna see them. Then we released one more record with Lookout! but afterwards switched to our favorite record label we’ve ever had, Asian Man Records. All this while touring a bunch. We’ll see you soon, we’re The Queers.
TICKETS AVAILABLE HERE: https://ticketf.ly/2Iws2lp 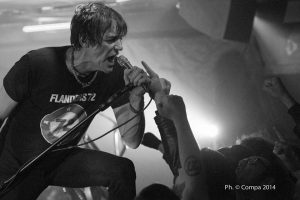 INFO: Richie Ramone is the fastest, most powerful drummer who ever played with the legendary punk rock band the Ramones. He joined the Ramones in 1983 and first appeared with the band on their Subterranean Jungle tour. Richie performed in over 500 shows around the world with the Ramones and wrote several critically-acclaimed and fan-favorite songs for the albums Animal Boy, Too Tough to Die and Halfway to Sanity. Punk rock icon, Joey Ramone, remarked that “[Richie] saved the band as far as I’m concerned. He’s the greatest thing to happen to the Ramones. He put the spirit back in the band.” Most recently, Richie released his second CD, “Cellophane,” in August 2017, followed up by a collectible, clear vinyl LP version, and a 7″ single for the track “I Fix This.”
TICKETS AVAILABLE HERE: https://ticketf.ly/2GTqDCS 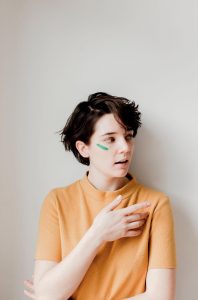 INFO: Singer/songwriter, bandleader, and human being Samantha Bowers was born in the small town of Derby, Connecticut. Sam first began writing songs at age 12 while taking piano lessons and listening to Bruce Springsteen, Billy Joel and Freddie Mercury playing on the family stereo. By 16, Sam developed a love of jazz and began to study the great female vocalists of the century (mainly Ella Fitzgerald, Etta James and Sarah Vaughn) as she started to perform original compositions in local Connecticut and New Jersey venues. She would go on to release the LP ‘Hopeless’ (2010, age 15) and EP ‘Celebrate My Heart’ (2012, age 18).
TICKETS AVAILABLE 10AM FRI 7/19 HERE: https://ticketf.ly/2YdiPXt 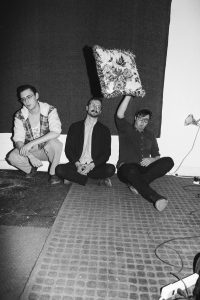 INFO: Tunic is born of spite. After years of touring someone else’s bass lines across the globe, David Schellenberg was told he wasn’t good enough. So he did the only logical thing: buy a guitar, quit your long-time band, and abandon everything you think you know about music. Armed with no skill and a blissfully ignorant embrace of discordant noise, Schellenberg started crafting songs, quickly enlisting childhood acquaintance Sam Neal on drums and roommate Rory Ellis on bass. Over the past 4 years and half a dozen d.i.y. releases, tunic has managed to unleash and tame their unique blend of noise rock and hardcore. Relentless touring has taken them across Canada, Europe and the States, filling clubs, basements, and abandoned prisons with noise. The band released the single “Teeth Showing” on Toronto’s Buzz Records in 2018, which they toured with new drummer Dan Unger.
TICKETS AVAILABLE HERE: https://ticketf.ly/2kgLjg5 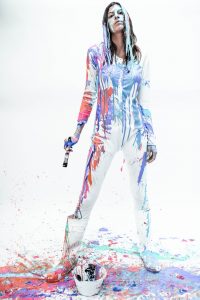 INFO: The solo debut from Katie Toupin, Magnetic Moves takes its title from its spellbinding opening track, a song that’s quietly defiant in its bending of reality. “It’s about being bold and being brave, and using your magnetism to create the world you want to live in,” says the L.A.-based singer/songwriter. “The whole album came from a place of wanting to be completely direct, in a way I never felt I could before. I think it’s important to let yourself show your heart like that.” In the spirit of self-reliance, Toupin took the reins in producing Magnetic Moves, her first full-length since leaving acclaimed alt-country band Houndmouth in 2016.
TICKETS AVAILABLE HERE: https://ticketf.ly/2YhG7LJ 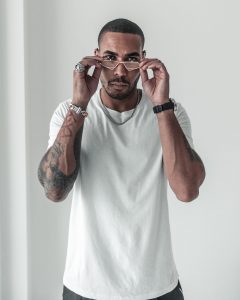 INFO: One of South East London’s most closely guarded secrets has recently emerged from the shadows and is set to take the music industry by storm. Known only as TroyBoi, this multi-talented musician recently signed to Timbaland’s right-hand man and US Super Producer, Jim Beanz, things are heating up faster than ever! Producing a wide variety of genres, but specializing in extraordinarily unique, versatile, and highly musical trap beats, TroyBoi is without a doubt one of the top up-and-coming producers in the game right now and it’s quite clear from his composition that his influences are vast indeed. He is also one half of the Producer/DJ duo SoundSnobz with one of his best friends, icekream and together they craft the most creative and daring audio paintings you’ll ever listen to. Buckle up and get ready to be taken into the world of TroyBoi because once you are in, you will never want to get out.
TICKETS AVAILABLE 10AM FRI 8/9: https://ticketf.ly/2YLKdr1