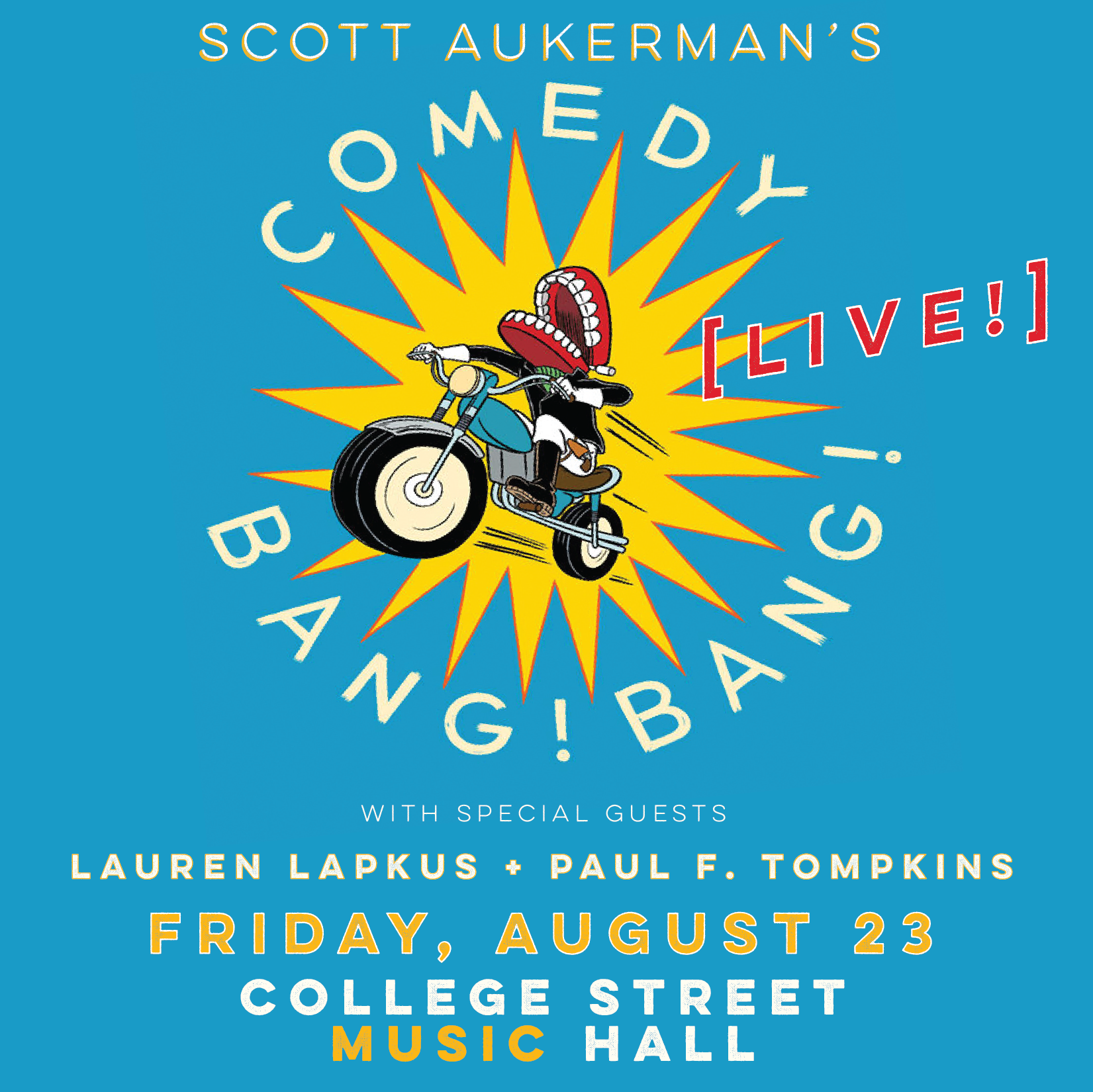 The Weekly Manic Presents Redscroll Blog is back, and in true Redscroll Blog fashion, we’re dropping in to bring you the newest show announcements and remind you of the other great shows we’ve got in store!

This week’s show schedule begins on Friday (8/16) at Space Ballroom with a performance by Boston pop-rock band Juice featuring support from Laini and the Wildfire and Nikita. Space Ballroom welcomes pop act Max Frost the very next night, Saturday (8/17) with opener SWELLS. Cafe Nine brings Columbus pop outfit didi on Monday (8/19) as part of our Manic Mondays series with support from Hellrazor and SAP. Tuesday (8/20) is a jam-packed night of music as psychedelic blues legends Hot Tuna and Dave Mason hit the stage at College Street Music Hall while post-punk garage rockers Ex Hex invade the Space Ballroom with openers Frankie and the Witch Fingers. Make sure to grab your tickets before they’re gone! 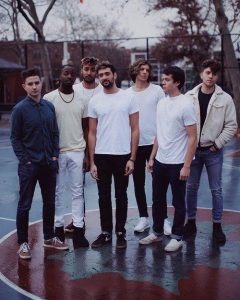 With seven distinct personalities, Juice distills rock, r&b and hip-hop into a signature sound with 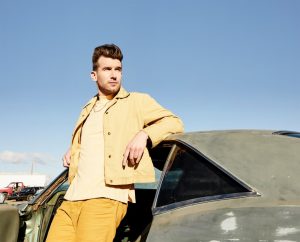 INFO: “I finally had the balls to be vulnerable,” says Frost, who once in LA teamed up with Michael “Fitz” Fitzpatrick (Fitz and The Tantrums) and began constructing the songs that would comprise Gold Rush, his major-label full-length debut LP, executive produced by Fitz, with major help from Mick Schultz (Rihanna, Jeremih). Reflecting on the personal and creative journey he’s undergone in the past year, Frost says he’s finally freed himself of self-imposed restrictions and become “one-hundred percent honest” with himself as both a human being and songwriter. “I stopped trying to control how cool my music came across and just be myself,” he says. “I had to let it be open and direct and in-your-face.”

Now the 26-year-old singer, multi-instrumentalist and dynamic live performer, who in a few short years has seen his star rise in a major way thanks to tours with everyone from Twenty One Pilots, Panic! At The Disco, Fitz and The Tantrums, and Gary Clark Jr., being featured on a recent DJ Snake single and having four consecutive songs go to Number One on HypeMachine, says he’s never been adamant about pushing the limits of what constitutes pop music. “I definitely care way less now about trying to be niche,” says the quick-witted singer behind the infectious, groove-anchored new single “Good Morning.” “I’ve realized that I want to make stuff that a lot more people can relate to and can be affected by. If you’re just trying to make these weird songs and if you’re consciously trying to be eclectic,” he adds, “I think that’s as cheesy as consciously trying to be commercial.”
TICKETS AVAILABLE HERE: https://ticketf.ly/2JSTPx9 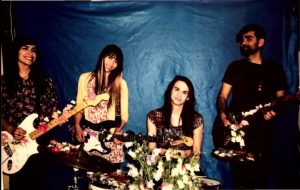 INFO: With roots in Japan, Colombia, Mexico as well as the US, didi is comprised of four friends who use their varied backgrounds to give context and bring personal depth to the music they make together.

Meg Zakany and Kevin Bilapka-Arbelaez provide the intermingling guitar parts, with Leslie Shimizu on bass and Sheena Mcgrath on drums. Zakany, Bilapka-Arbelaez and Shimizu all lend their voices to songs that seek to explore (among other things) the power of an ambiguous identity as a tool to more fluently navigate difficult or guarded conversations; the pain of forgetting what once seemed to be an unforgettable love; and the sting a woman is capable of in the face of an unchecked man socialized to underestimate her.

didi are touring this August in celebration of Summer and their latest release, “like memory foam”.
RSVP HERE: https://ticketf.ly/2Xo4gzg 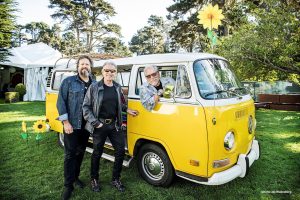 INFO: Hot Tuna, Jorma Kaukonen and Jack Casady, perform with a well-honed and solid power – always in the groove from their years of experience and mutual inspiration. Started as a side project during Jefferson Airplane days, the constant, the very definition of Hot Tuna, has always been Jorma Kaukonen and Jack Casady. The two boyhood pals have never wavered in one of the most enduring friendships in Rock history.

From their days playing together as teenagers in the Washington, DC area, through years of inventive Psylodelic rock in San Francisco (1996 Rock and Roll Hall of Fame Inductees), to their current acoustic and electric blues sound, no one has more consistently led American music for the last 50 years than Jorma Kaukonen and Jack Casady, the founders and continuing core members of Hot Tuna. At the 2016 Grammys, Jorma Kaukonen and Jack Casady were honored with Lifetime Achievement Awards.
TICKETS AVAILABLE HERE: https://ticketf.ly/2M9pF7b 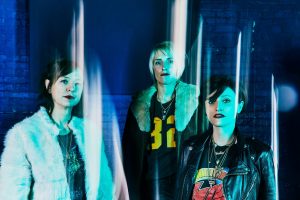 INFO: When Ex Hex exploded onto the scene with their unfettered brand of rock and riffage, the power trio for our generation had finally arrived. Made up of Mary Timony (guitar, vocals), Betsy Wright (bass, vocals), and Laura Harris (drums), the group’s 2014 debut Rips was a gleaming collection of tightly wound gems that scored Best New Music honors from Pitchfork, the top spot on Magnet Magazine’s Best of 2014 list, and No. 11 in that year’s Pazz & Jop critics poll. Near-constant touring throughout 2015 and 2016 established the band as a force to be reckoned with: an audacious three-piece distilling rock music to its essence with formidable skills and a reputation for frenzied and unabashedly fun live shows.
TICKETS AVAILABLE HERE: https://ticketf.ly/2OESOs4 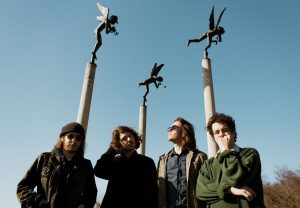 INFO: It’s not uncommon for musicians to grow and evolve between releases — but even by those standards, the Districts’ Popular Manipulations is stunning. The Pennsylvania-borne band’s third full-length represents an exponential leap in sound and cohesion, an impressive and impassioned burn with a wide scope that threatens to swallow everything else surrounding it. Perhaps it’s a cliché to say so, but while listening, you might find yourself wondering why people don’t make indie rock like this anymore.

The total electric charge of Popular Manipulations is just the latest evolution for the impressively young quartet, whose founding members — vocalist/guitarist Rob Grote, bassist Connor Jacobus, and drummer Braden Lawrence — have known each other since attending grade school together in the Pennsylvania town of Lititz. After deciding to form a band in high school, the Districts gigged hard in the tri-state area, releasing a slew of promising material (including the rootsy 2012 debut Telephone) before catching the eye of venerable indie Fat Possum. 2015’s A Flourish and a Spoil found the band refining their embryonic sound with veteran producer John Congleton (St. Vincent, Kurt Vile) — and looking back on that release, there are glimmers of Popular Manipulations in chrysalis form to be found on it, hints of the fence-swinging anthemic sound they’d soon make wholly their own.
TICKETS AVAILABLE 10AM FRI (8/16): https://ticketf.ly/2H3BVVp 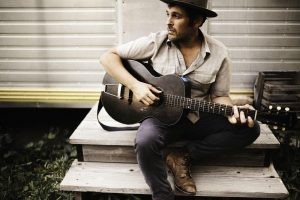 INFO: Many musicians have day jobs to make ends meet. However, few artists maintain the lifestyle kept by Gregory Alan Isakov. The Colorado-based indie-folk artist is a full-time farmer who sells vegetable seeds and grows various market crops on his three-acre farm, while also tending to a thriving musical career.

“I switch gears a lot,” he says. “I wake up really early in the growing season, and then in the winters, I’m up all night. I’m constantly moving back and forth.”

Isakov had an easier time balancing his two passions while making his fourth full-length studio album, Evening Machines. In between farm duties, the multi-instrumentalist wrote and recorded in a studio housed in a barn on his property. Like the farm, this studio has a communal atmosphere, filled with instruments and gear stored there by musician friends—gear Isakov always leaves on, just in case inspiration strikes.
TICKETS AVAILABLE HERE: https://ticketf.ly/2YWTdd2 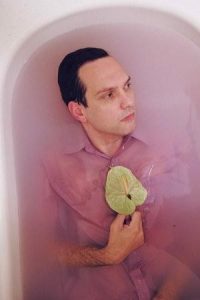 INFO: When Chris Stewart set out to write and record his third album as Black Marble, he was newly living in Los Angeles, fresh off a move from New York. The environment brought much excitement and possibility, but the distance had proved too much for the car he brought along. With it out of commission indefinitely, he purchased a bus pass and planned his daily commute from his Echo Park apartment to his downtown studio, where he began to shape Bigger Than Life. The route wound all through the city, from the small local shops of Echo Park to the rising glass of the business district, to the desperation of Skid Row. The hurried energy of the environment provided a backdrop for the daily trip. When Stewart finally arrived at his studio, he’d look through his window at the mountains and the sky, seeing the beauty that makes L.A. unique — the same beauty his fellow commuters, some pushed to the edge of human endurance, had seen. That was the headspace he was in when he began to map out the syncopated drums and staccato arpeggiation of Bigger Than Life, an ode to his new condition and a shimmering synth-pop response to its cacophony.
TICKETS AVAILABLE HERE: https://ticketf.ly/2H3j5gW