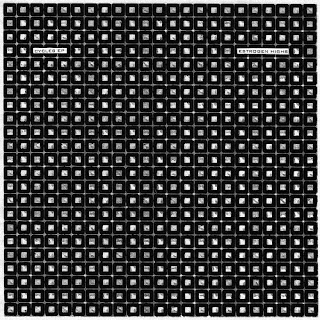 Estrogen Highs have been really busy lately—they just released their latest full-length “Friends and Relatives” in December and recently returned from an extensive tour of the west coast and Canada. Even so, they somehow managed to squeeze out this 7-song EP, which was a really nice and unexpected surprise. The super catchy, super jangly “Daily Catastrophes” was a stand-out track for me, as was “I Remember Everything,” a truly beautiful song with some of the best lyrics I’ve heard from them yet. There are only 300 copies of “Cycles,” so don’t sleep on this!

If you’re anything like me, this winter’s had you holed up in your house a few too many times, and at this point, you’re feeling a little cabin feverish. If so, do yourself a favor and check out Ducktails’ new album, “III: Arcade Dynamics.” Ducktails is the solo project of Matt Mondanile from Real Estate, who provides the perfect antidote for the winter chill. For just one dude, Mondanile creates some impressively layered lo-fi pop that’ll make you feel like you’re hanging out at a sunny beach instead of on the frozen tundra. “Hamilton Road” is a stand-out track on “III,” where Mondanile describes a scene where the “ocean’s dancin’ with the shoreline,” in a way that’ll make you feel a little jealous you’re not there. The album’s closing song, “Porch Projector,” is also lovely—a ten-minute instrumental you’ll find yourself getting utterly lost in (in a good way).

White Fence’s second album on Woodsist, “Is (Growing Faith),” won’t disappoint fans of Timothy Presley’s earlier output. On “Is,” Presley further proves his mastery of psychedelic, trippy pop jams that are loose, yet beautifully simple and clean all at once. White Fence’s tunes are a fine nod to later-era Beatles (you know, post-drug discovery), or, as more recent reference points, sounds not unlike those the Fresh & Onlys or the Box Elders have been churning out. Listening to “Is,” with its crafty distortion and low-key vibes, is like taking a trip straight back to the 60s. “Stranger Things Have Happened (To You)” is a nearly perfect pop song: it sleepily and steadily rolls along, like a slow back-roads drive on a sunny day. With 15 tracks, “Is” has a lot to explore. Another high point is the track “Your Last Friend Alive,” a jangly song that’s equal parts haunting and poppy. On this album, Presley’s songwriting truly reaches a high point in the realm of 60s revival sound. 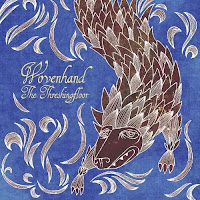 Besides David Eugene Edwards love of combining two words into one, he’s also got a penchant for making haunting soulful music. Those who are familiar with Wovenhand and Edwards’ old project, 16 Horsepower, won’t be shocked by anything on this record; which is not to say that it’s stale or predictable, but rather that there are no radical departures from the sound he has established as being “his”.

Continuing to contradict what it seems like I was saying above, this album does have a few new tricks up the band’s sleeve: mainly the incorporation of some more Middle Eastern strings, which should come as no real surprise as this kind of sound was somewhat hinted at on previous Wovenhand records.

So just what is The Threshingfloor all about? Well, there’s certainly a more straightforward approach this time around in terms of Edwards directly speaking about God (so you black metal fanatics take note!) and on the whole the record is far more ‘subdued’ than previous albums. There are a few jumpers (namely the eighth track “Truth” which has an almost electronic, Nine Inch Nailsish beat to it). More typical fare on this album is closer to the song “Singing Grass”, which makes absolutely gorgeous use of acoustic guitars, violin, and some minor sound effects/field recordings (?) of what sounds like, you guessed it, wind rustling through grass.

Basically I’d recommend this record to any fans of the band as well as anyone who’s got a bit of an open mind when it comes to listening to music outside of your comfort zone. The Threshingfloor combines quite a few different sounds and style of music to create a really enjoyable listening experience. I could definitely see this being on my top ten list at the end of the year. Do yourself a favor: Head to Redscroll Records and snag yourself a copy. 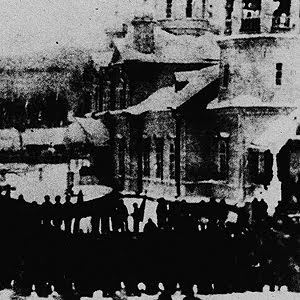 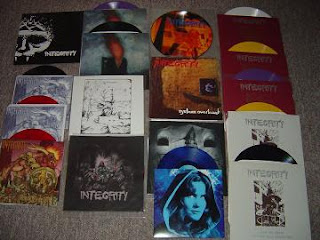 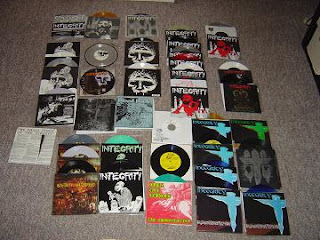