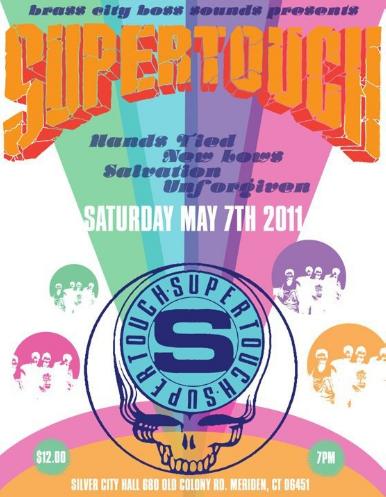 SUPERTOUCH
Supertouch started in 1985 out of the ashes of the New York hardcore band Death Before Dishonor. They had released a demo and some WNYU tapes but no actual records. When their drummer, Mike of Judge/Youth of Today fame, left the band to pursue other musical interests the rest of them forged ahead. The band got a new drummer and took the name Supertouch after a Bad Brains song. They started out with a song on Revelation Records NYC HC: The Way It Is followed up by a 7″, an LP and one last song on the Anti-Matter comp. They also recorded a song for the movie “Sam” and were the subject of an unofficial documentary. Definitely ahead of their time, Supertouch is thought by many to be one of the most influential bands to develop from the hardcore scene.
Mark Ryan (Vocals) Jon Biviano (Guitar) Joe (Bass) Andy Guida (Drums)
(source: http://www.thunder-lizard.com/Supertouch.htm)
Plus
HANDS TIED
CALL IT ARSON
(C.I.A. added when New Lows dropped)
UNFORGIVEN
SALVATION

And make sure to “Like” the Brass City Boss Sounds page on Facebook.  Once they hit 1,000 “Likes” they’ll be announcing the bands for 2000 Tons of TNT(a fest they are organizing).

THIS SHOW HAS BEEN CANCELLED.