Reviews: Johann Johannsson & Esmerine
(NEW REVIEWER!)
(Both of these albums arrived today, by the by.)
Hey all, we have a new reviewer on board.  Let’s welcome him.  In the future his reviews may show up with the update with the reviews the few of us already do (Josh, Rick & Sean). Mark is an aspiring writer who enjoys creative writing and independent music.  He has a blog of his own you can check out here.  Thanks Mark and welcome.  We look forward to more of these well thought out reviews.
Jóhann Jóhannsson The Miners’ Hymns 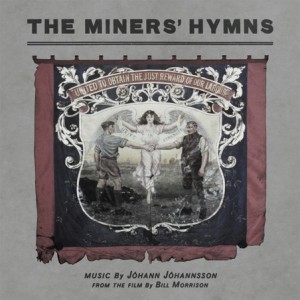 A truly successful film score does not merely complement a film’s visuals; it also
radiates with an aura of the film, managing to stand independently in its own
right. Iceland-born composer Jóhann Jóhannsson’ s score for The Miners’ Hymns
fits this description well. The film in question, according to the description on Fat
Cat Records’ website, focuses on an “ill-fated mining community in North East
England” and the Miners’ Gala that celebrates their lives. Despite the fact that
I have not yet watched the film, I seriously want to check it out now, thanks to
the poignant atmosphere painted by the predominantly brass and organ-based
ensemble. I’m amazed by how heartrending and sentimental a film score about a
coal mining community can be. Each piece’s title was carefully selected from actual
slogans printed on trade union banners, providing very fascinating descriptions.
A somber mood blankets the overall experience, from the emotional ten-and-a-
half minute opener “They Being Dead yet Speaketh” to the triumphant, swelling
conclusion of “The Cause of Labour is the Hope of the World.” A particular standout
to me was “An Injury To One Is The Concern of All,” which explores a particularly
ominous, treacherous wasteland of orchestral spikes that soar like walls of fire
in a suffocating, dense landscape. Jóhannsson adds his share of subtle electronics to
complete the mood, giving an almost otherworldly essence to set it apart from most film
scores. 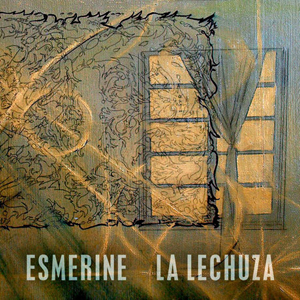 [Constellation Records]
Imagine river rafting across an unfamiliar land, absorbing the beauty of both natural
and man-made sights without another care in your mind. Using only instruments
such as cello, harp, percussion and occasional vocals, the four-piece Esmerine make
La Lechuza an emotional, ornate experience. The river comparison is especially
well justified with mellow-yet-compelling songs such as “A Dog River” and “Little
Streams Make Big Rivers.” Personally, I’m feeling a strong, rich East Asian vibe from
the lively percussion and flowing strings, despite this band’s Montreal origin (its
members have contributed to several fellow local acts, such as Godspeed You! Black
Emperor (percussionist Bruce Cawdron) and Thee Silver Mt. Zion (cellist Beckie
Foon.)) The closer “Fish On Land” is particularly engrossing, as it was written and
sung by the late Lhasa de Sela, recorded with Cawdron and Foon in 2009, the year
before she lost her battle with cancer.
[Reviewer: Mark]