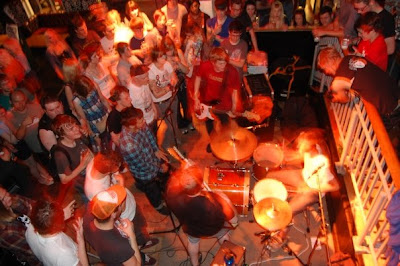 6:30PM-9:30PM
Secret location:
meet at Redscroll Records (for directions)
(Yeah, it’s got an end time! You can make plans for after!)
||Facebook Event||

Spraynard (Square of Opp 32 / Asian Man ??)
West Chester PA’s pop punk sweethearts, playstation magazine gave their most recent video game themed album ‘funtitled’ 4.5/5 joysticks up so you know it’s the dankest. Under no circumstance should you miss this band.
http://www.ifyoumakeit.com/album/spraynard/funtitled/

Laugh It Off (Square of Opp 38 or 39 probably)
Hailing mostly from Philadelphia PA by way of the Lehigh Valley comes your new favorite poppy hardcore wrecking crew. They have been compared to early Saves The Day and other good sounding music. Ex members of Yo Man Go, Hypatia, Robot Attack, Government Satire, Audioheart, Paramedic….. I could keep going…. but i won’t. The most electrifying band in fun hardcore today. I LOVE THESE GUYS!!!
http://laughitoff.bandcamp.com/album/demo-summer-2011