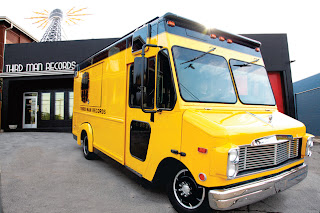 Yes, it is completely true, the Third Man Rolling Record Store will be here Saturday. Just in case you didn’t know: Third Man Records is Jack White’s (The White Stripes, The Raconteurs, Dead Weather,…) record label. He also has a store by the same name in Nashville, TN where he often has bands play and then he often records and releases those on his label (the Third Man Live series).  The truck will be here from 6-8PM on Saturday as denoted by their schedule here.

It is very much like a food truck, but, y’ know without food and with records: 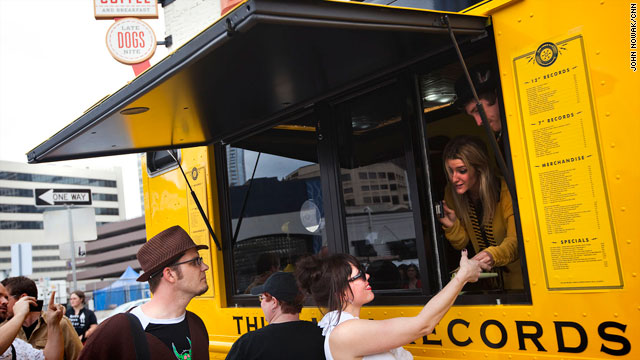 We’re also hoping to have a nice surprise we’ve had in our minds for a long little while and in the works for just an actual little while. We had planned on revealing the surprise I’m speaking of during our Blackout At Sunrise Sale, but why wait. You’ll see, it’s worth this note at the very least.

Ok, back to the Third Man Rolling Record Store. You can follow it on twitter here. Again, it will be in our lot from 6PM-8PM on this Saturday (October 20, 2012). Much as with a food truck it will be rolling in and the folks in the truck (I’m afraid Mr. Jack White will most likely not be with them, but there are friendly folks within I assure you) will direct you to queue up in an orderly fashion. We expect nothing but the best of our patrons so we’ll leave it up to you to be honorable and respectable of each other when waiting. Getting here early is definitely encouraged. Come early enough to shop inside our store as well (you’re smart, you know). 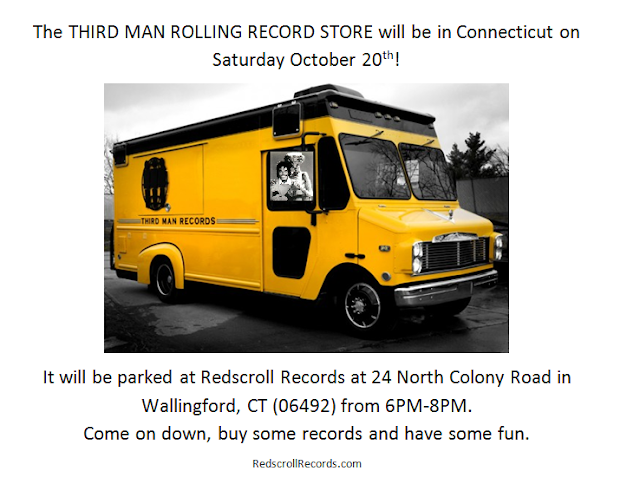