We’re working hard on sale preparations and this week we were involved with quite a bit of inventory work so this update is shorter than most – still plenty of goodies. Next week and the week following will surely pick up the slack and by the time the sale rolls around we’ll definitely have more stock than we can handle.

A couple notes: we are out of the new Arcade Fire and Pearl Jam and hope to have those back in ASAP, but it won’t be this weekend. Note 2: a lot of this stuff in this week is low stock, limited or fan club releases that I can’t promise will be restocked before sale time if we’re out of it. As ever, we want you to come in as often as you can! We live to get the music in your happy hands! The Body Master, We Perish 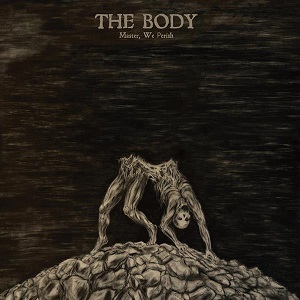 (At a Loss)
Formerly of Providence, Rhode Island and now based in Portland, Oregon, this duo’s latest EP is another slab of blackened doom/noise in their ten-year-plus existance. Starting with air-raid sirens and quickly set ablaze with fast-paced drumming and distorted guitar, “The Ebb And Flow Of Tides In A Sea Of Ash” kicks it off with a bracing assault of tortured vocals, guitar static and drums that alternate between sounding frantic and more steadily smashing into the listener’s ears. “The Blessed Lay Down and Writhe in Agony” starts off more low-key and creepy with choral female vocals and a woman speaking about mental anguish for the first three minutes before the slow burning, screaming drone returns. The longest and most experimental track is the nine-and-a-half-minute finale “Worship,” with six minutes of a perpetual tribal-style beat, manipulated voices and feedback that twists and writhes before one final burst of doom, concluding with the thick noise and eerie voices gradually fading out.
[Reviewer: Mark] 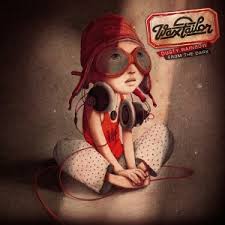 (Le Plan)
For his fourth record, this French hip-hop producer (real name: Jean-Christophe Le Saoût) created a concept album that tells about a record-obsessed boy who discovers the titular rainbow, which bridges “dark and light” and his imagination. The unique album incorporates a broad range of styles, including spoken word, hip-hop, downtempo and turntablism. Don McCorkindale – who previously narrated the Avengers radio series – tells the story in the interludes between the many guest musicians’ tracks.  The lovely “Down in Flames” is a favorite, with quizzical imagery (“years blow by like hurricanes/years go down in flames”) sung pop-style over hip-hop beats by Sara Genn (I couldn’t find any info about her online.) I don’t usually listen to hip-hop, but I definitely got into the old-school sound of “The Sound,” with Mattic showing his mic skills over an upbeat, danceable groove.
[Reviewer: Mark]