Quick word on weather around this time of year and how it effects our hours. Well, first off and generally, it does effect our hours and it does so in accordance to how safe we feel it is to get to work ourselves and how safe we think it is to be open in general for all involved (me, you, everybody). We generally will cross-post on all the social medias and might even make a post on our website about what hours are effected (early closing, late opening or whole day closings). If you want to know the quickest we generally will tweet about it before all else so follow us on twitter (@redscroll). With that said, we’ll see how tomorrow is once the storm arrives and announce however it effects us in the avenues mentioned. If we’re open normally we’ll probably still announce that on days with poor weather as well. Happy travels and be safe!

And in case you missed it and could use it check out our Holiday Gift Ideas blog post here. 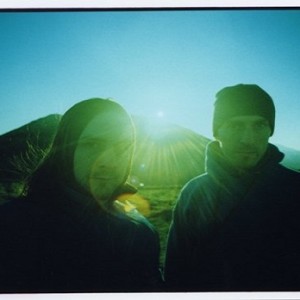 (Warp/Music70)
In addition to a new record and three studio album reissues, Boards of Canada have given fans three more reasons to love 2013: reissues for three of their publicly released EPs. First released in 1995 in a vinyl edition of only 100 (and thankfully reissued in the following years,) Twoism still serves as an excellent example of both ambient and IDM, with rich, subdued electronic melodies placed atop head-bobbing dance beats. Rather than begging you to get up and move your feet, it feels more like stimulation for reflective moods: my favorites include the somewhat morose “Sixtyniner” and the beautifully blooming “Melissa Juice.”

The duo released In A Beautiful Place In The Country in 2000, progressing into similar themes of the natural world and childhood that they explored on Music Has the Right To Children. Cloudy-day opener “Kid For Today” and downright pretty closer “Zoetrope” explore more clearly-set feelings, but there’s a much darker central theme than I originally assumed: the Branch Davidian cult and the Waco siege. “Amo Bishop Roden” isn’t just a gorgeous, uptempo and glacial-textured song: it’s also the name of the former wife of George Roden, who competed with David Koresh to lead the Branch Davidians (she famously reoccupied the land after the fire.) The rather eerie, uneasy-sounding title track is buoyed by wide-open space ambience and children’s laughter as a vocoded sample (allegedly Roden) beckons he listener to join the religious community.

I have a particular fondness for 2006’s Trans Canada Highway because, as I listened to all of my Boards of Canada songs on my first solo drive to and through Canada earlier this year, this EP fit as perfectly as I imagine Kraftwerk’s record Autobahn is for driving on a German autobahn. It’s amazing how well it captures a journey through sparsely populated woodlands and hills with the sky above stretching as far as the eye can see. The kinetic “Left Side Drive” and soaring “Skyliner” fit marvelously, as well as the shorter songs: the hauntingly luminous “Heard From Telegraph Lines” and sensual “Under The Coke Sign.”
[Reviewer: Mark]

Land of Kush The Big Mango 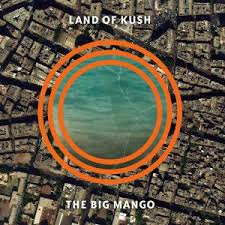 (Constellation)
On his third album with this project, composer Sam Shalabi enlists a lengthy “big-band” ensemble of musicians for his “love letter” to his new home – Cairo – which he moved to in 2011. Recorded during the Arab Spring, the album was framed by “the beautiful, surreal madness of the city…as joyous, horrific, historical events were unfolding.” Musically, its wide spectrum includes African, Middle Eastern, Indian, free jazz, rock and avant-garde elements. The orchestra provides both truly anything-goes songs like “Faint Praise” and “Second Skin” amidst ones with full-blown hooks: the electric guitar-based “The Pit (Part 1)” and more traditionally-played “Drift Beguine” have enticing, unmistakably Egyptian-sounding melodies
[Reviewer: Mark] 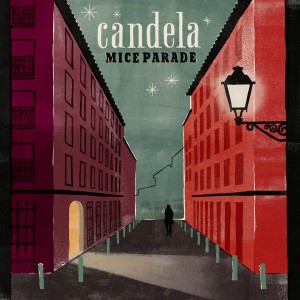 (FatCat)
This New York City-based indie-shoegaze band – led by percussionist Adam Pierce – sounds fittingly ethereal and nocturnal on their seventh album, keeping elements of post-rock and world music while leaning toward more accessible song structures.   The brightly twinkling, slightly eerie opener “Listen Hear Glide Dear” captures the cover’s setting: a late-night street illuminated by streetlights and the stars. “Currents” offers more variation with its many parts, including rich keyboards, inventive guitar and energetic drums, with Caroline Lufkin providing her unique high-pitched croon on this and several other tracks. The title track is another standout for me, using a distinctly Spanish-sounding guitar chord to underscore a story about lovers trying to travel across Spain to reunite.
[Reviewer: Mark]