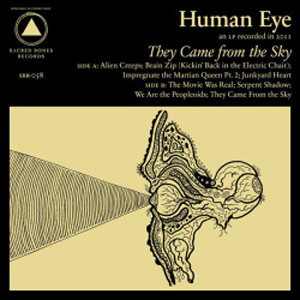 These guys are nuts. Listening to this album is like being trapped in a sci-fi B-movie that’s been boiled down so the boring parts are gone and the remaining essence is total insanity. Oh yeah, and there are psychedelic drugs. Lots of them. Opener “Alien Creeps” kicks right into gear with a laser-whooshing space-rock guitar, a light-heartedly foreboding synth line and utterly manic drumming (seriously – I was stunned to see that an actual human is credited with the percussion on this album, since the average person would get sore pretty fast from even air-drumming along.) Thankfully, it does mellow out a bit with songs like the catchy “Impregnate The Martian Queen Pt. 2.” That song is dressed with a curious, extraterrestrial-sounding flicker effect and a feel-good acoustic chord that fits really well in the “drive-in nostalgia” feel, plus the insane instrumentation making punctuated, abrupt returns every now and then. In general, this reminds me of psychedelic, garage and experimental rock, and the endearing “Martian B-movie” lyrical theme fits well into the timeframe those respective genres emerged from. These guys know how to have fun while also taking their work seriously.
[Reviewer: Mark] 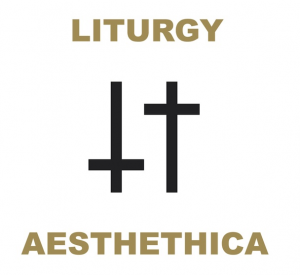 It’s tough to imagine a black metal band that sounds like no other black metal band, but in my opinion, Liturgy manage to pull it off. Their style of replacing suffocating darkness with blinding, celestial light (and corresponding lyrical themes) has raised controversy among genre purists. What should really matter is how the music sounds, and with their latest album, Liturgy delivers a truly incredible, unique experience. It feels like soaring through the heavens while immortal beings blast booming, unbelievably intense background music to echo across the universe. Tracks like “Generation” and “Veins of God” clearly show the band’s Lightning Bolt influence, utilizing simple-yet-monolithic guitar-and-bass crunching with unrelenting percussion pounding. Almost every track follows the formula of ethereal guitar/bass tapestries (“Sun of Light” is a fitting example) and stunningly high-BPM drums. Even detours like the simple-yet-complex-sounding and early electronic music-reminiscent “Helix Skull” manage to fit in with the album’s sound. Regardless of whether or not this record should truly be categorized as “black metal,” it’s an incredibly intense, fantastical experience that shouldn’t be overlooked.
[Reviewer: Mark]

Trial …Are These Our Lives? LP 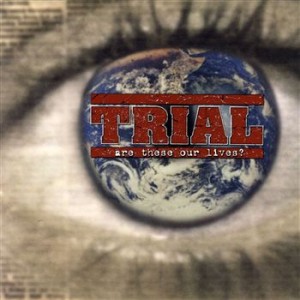 Trial was (is? they’ve been playing shows occasionally) a straight edge hardcore band from Seattle, Washington.This album is one of my all time favorite records. Earlier Trial material, while always having a strong urgent message, sucked musically. I fooled myself when I was a kid that “Through The Darkest Days”  & “Foundation” were killer, but they weren’t. “Are These Our Lives?” on the other hand is a perfect album. Hard driven guitars, fast pounding drums, powerful poetic lyrics, & just enough pretty guitar work to tie it all together. How the hell did Equal Vision let them get away with hiring cello & violin players? I have no idea, but I’m glad they did! A friend of mine had gotten a hold of an advanced copy of this a few weeks before it hit stores (in 1999) and on a road trip to an out of state show we just listened to it on repeat for the entire ride. It never gets old. When they finally played in CT, it was unreal, everyone was so excited that when the drummer started to sound check, everyone started moshing hard, the drummer took his que and kept the high hat rhythm going for a good 30 seconds while the rest of the band raced to be ready to jump into the first song. Certainly one of the best shows of my youth! We got the second repress in a few weeks ago, thanks to Panic Records, which is not only churning out records by great bands (see: The Saddest Landscape), but is also run by Trial guitarist; Timm McIntosh
[Reviewer: Josh] 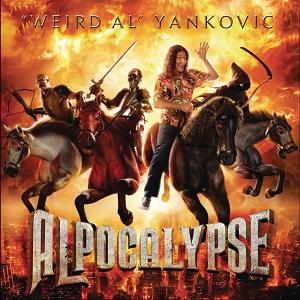 THE ALPOCALYPSE IS HERE!  I have been a “Weird Al” Yankovic fan since I’ve liked music. The first piece of music I remember owning was a copy of “Dare to Be Stupid” on cassette. I can’t tell you how many times I listened to it. I’ve seen UHF probably close to 50 times. Although none of his past albums have been as good as his early material, that doesn’t mean they aren’t good comedy albums. I don’t even really think that’s his fault. He parodies what’s popular at the moment, and there hasn’t really been a ton of good pop music lately. At least not compared to what used to be popular. His original songs have always been pretty catchy, and his token “polka mash up” song on each album are always a highlight for me. Although I don’t care much for who he parodies on this album (Lady Gaga, Taylor Swift, Miley Cirus, B.o.B., T.I.), it’s still enjoyable and there are some good one liners in it. Fun album.
Also, this has the best cover art of any album so far this year.
[Reviewer: Sean]