Dead In The Dirt Fear 7″ 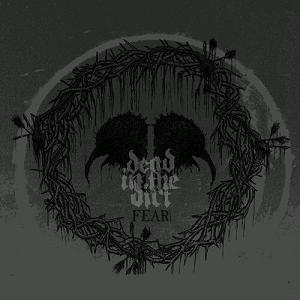 (Southern Lord)
Southern Lord has been releasing a ton of great hardcore bands lately like, Baptists, Xibalba, and now Dead In The Dirt. With a name lifted from Chris Colohan’s notebook, you know these dudes are going to rage. Dead In The Dirt is a vegan straight edge hardcore/power violence band from Atlanta, GA featuring members of Foundation. They’ve got the intensity of Cursed, the tone of His Hero Is Gone and the speed of Dropdead. The 7″ has 10 songs, none longer then two minutes and the info sheet has not just lyrics, but one or two line descriptions about the content of the song, which I dig.  I caught their recent secret set and I was not disappointed at all, they did a cover of Left For Dead’s “Skingraft”, which is also recorded on this 7″! Pick it up!
[Reviewer: Josh] 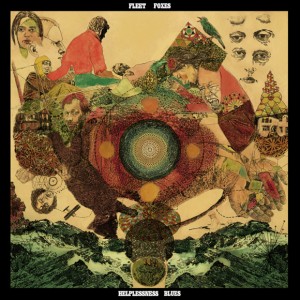 (Sub Pop)
It’s been three years since Seattle, Washington’s Fleet Foxes has released new material. Their self-titled debut went platinum in the UK and sold upwards of 400,000 copies in the US. They’ve responded to their success by releasing a sophomore follow-up, entitled Helplessness Blues. The album came out on May 3rd of this year and has since reached number four on the Billboard 200 charts. Despite the popularity of their latest release, I personally wasn’t blown away by Helplessness Blues. Maybe I haven’t given it enough of a listen, but it didn’t make me want to have the tracks on repeat for the rest of the week. Upon hearing Fleet Foxes’ self-titled for the first time, I fell in love immediately. There were so many songs that stood out. It was a memorable album. I hadn’t even gotten into this band until the winter of last year (I know, how un-hip of me!) but as soon as I did hear them they became a staple in my collection of winter-themed songs.

I have yet to see Fleet Foxes live, though I wonder if seeing them would even compare to the recorded product, as what makes them so good (in my eyes) is how well put-together the albums are, from the production to the way the tracks flow into one another. Helplessness Blues features the stunning production quality reminiscent of their first album. Most (if not all) of the songs are full of the echoing harmonies and folksy guitars they are known for. The title track ‘Helplessness Blues’ sounds like a B-side of the self-titled. Fleet Foxes have always been a ‘winter band’ for me, and I feel that this album will fit right into that category once the weather gets a little colder. The lyrical subject matter isn’t as ‘wintry’ as the self-titled’s, but the echo-y quality of the vocals and the driving guitar riffs make up for that.

I believe that once I listen to Helplessness Blues on a regular basis, I will fall in love with it just as I did with their first release. Hopefully certain tracks will stand out and be able to stand alone as ‘singles’, for lack of a better term. Good albums are marked by those memorable songs that everyone loves to sing along to. Although I may not find Helplessness Blues to be as strong of an album as Fleet Foxes, it is still a refreshing listen. I hope it will grow on me as time goes on, especially as fall and winter come upon us and I’m looking for that one album to play on repeat while I lay in bed on the first snow day of winter.
[Reviewer: Liz] 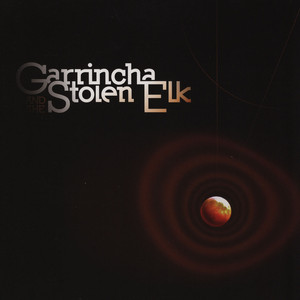 (Weird Forest Records)
This is the first full-length from Davy Bui and Matt Kretzmann – they’ve been active since 2002, releasing a number of cassettes. Merely describing this record is a serious challenge: undoubtedly, it would best be classified as experimental, but the sound changes so much that it feels like experiencing déjà vu from a very, very unusual dream. The atmosphere contains lots of manipulated sounds (such as slowed-down hymns and bizarre voice samples) and numerous instrument sounds enter and exit unexpectedly. Opener “I Don’t Believe You” begins with morose church music that gradually shifts into an abstract, alien ambience. The track closes with avant-jazz played over what sounds like grainy audio of heavy objects caught in a tornado. The first half of “Tower of Babble” shifts from simple rainfall and comfortable electronica patterns to harsh bagpipe-esque drone, and the second half mixes bleak, drugged-out guitars with high-BPM drum machine spurts. The final three tracks are part of a series called “First Rites, Last Communion.” Like the earlier tracks, all three are unpredictable. It’s like a combination of a drug trip and vague memories from an ancient religious service (as the label’s website describes, this sequence is “heavily comprised of processed Asian church ceremony field recordings.“) There’s also plenty of droning, noise, choral singing, and moments of curiously calm electronic ambience. Overall, this is a really unique and innovative album, recommended for those who want to explore strange new places.
[Reviewer: Mark] 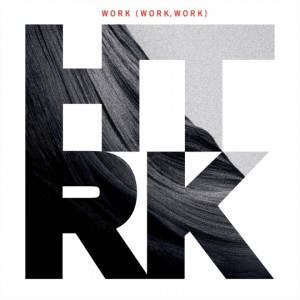 (Ghostly International)
HTRK (apparently pronounced “Hate Rock” or as HTRKTR “Hate Rock Trio”) are simply a slowed down new wave band with dreamy swirling instrumentation and slow syncopated rhythms. Just before this full length they released a 12″ that featured a Suicide cover on the B-Side which is also excellent and recommended. The haunting elements of the music are reflected in the breathy delivery of the vocals by Jonnine C. Standish. According to their website, “The new HTRK album revolves around themes of submission, dysphoria, sentimentality, tech-noir and corporate life.” It fits. The vocals weave in and out of the music rather than float atop them with occasional interaction (more MBV than Portishead in other words). Electronic production elements of this wrap the listener up in layers of dub warmth and (I hope you have some subs) massaging bass. Listening to this now I quite honestly just lost track of time staring blankly into space and loved every second of it.
[Reviewer: Rick]