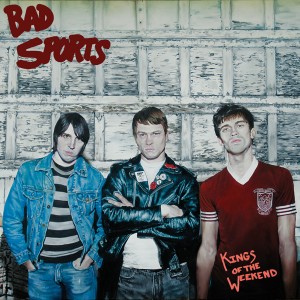 (Dirtnap)
This Denton, Texas trio plays straight-up fuzzy garage punk. Their sophomore effort Kings Of The Weekend is highly reminiscent of the earliest wave of punk, when bands like The Ramones were still crafting a faster, simpler and catchier evolution of rock n roll. There’s something really refreshing about that classic style of punk, where the songs are typically around 2 minutes (or shorter) and the biggest life concerns involve girls, not politics. The record kicks off with “Off Switch” – a high-octane rocker that jolts the listener’s attention before transitioning into the more traditional, poppier “Can’t Just Be Friends.” The fidelity stays true to the raw sound without drifting into excessive distortion. Other highlights include “Teenage Girls” (a great example of how these guys handle their early punk sound to help carve their own identity) and “I’m In Love With Myself” (who’d have thought a song about narcissism could be so catchy?) There’s not much else to say – this band stays true to form, and they rock hard in the process. I bet their live shows are a rush.
[Reviewer: Mark]
Dream Boat Widow LP 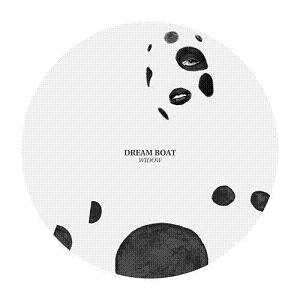 (AMDiscs)
I’ve definitely been reviewing things lately that have a lot of similarities. I am noticing this now as I sit to write this review (well, a little before this). Melancholic and chill and electronic production heavy jams. Am I in a rut? More like a groove (Like a record, get it? Sorry, excuse that.). I thought about switching it up this week just for variety’s sake, but this album is worth my time (and yours). The record label is in the Czech Republic and the music is very much off the radar of most music news outlets (blogs, magazines, etc.; note most, not all). Luckily for us all, AMDiscs does a good job at keeping their own site up to date (one which I check with regularity). I’ve just brought a slew of their physical releases into the shop and they are pretty varied themselves, but I am drawn to Dream Boat. I am drawn to them because it’s in a style I enjoy (as noted), but also because they are somewhat local. Yes, it’s true. I even asked them to play the Iceage show we did a while ago – unfortunately the scheduling wasn’t ideal and it didn’t work out, but I do hope to have them by sometime to perform. Providence, RI is where they call home though I know one of the two works in NYC (because of the conversation about the Iceage show and scheduling). Yea, so, this record: really great and chill and droned out at times, but also pretty upbeat for quick spells with some dubbed out beats and treated angelic-type voices; both masculine and feminine (not quite to the level of the chipmunk-like Balam Acab voices, but a similar idea). Czech it out (oof!).
[Reviewer: Rick]
Terrible Feelings Impending Doom 7″ 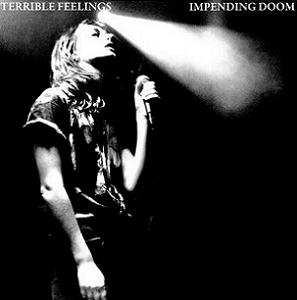 (Deranged)
I was having trouble finding something I really enjoyed to recommend this week. Don’t get me wrong, plenty of new stuff came out this week that I’m sure rules, but for me nothing was doing it. Maybe it’s a personal funk, drawing a blank, whatever. I took a stack of 7″s I wasn’t familiar with on labels I generally enjoy and started my hunt. After a fistful of duds I landed on this new two song jammer on Deranged Records, originally released on Sabotage / Lack Of Sleep Records in Europe where they’re already into the second pressing. Swedish band, Terrible Feelings, play moody, melodic punk with elements of surf rock; jangly guitars and minimal artwork comprised of upside down crosses on the inside = I’m sold. The song titles are “Impending Doom” and “Death To Everyone” and the lyrics don’t get any more upbeat from there, but the vocals are the real stand out on this. The singer, Manuela Iwansson, has a beautiful, passionate voice that ties this all together.
[Reviewer: Josh]