The station also helps out the community and fellow radio stations.  WFMUbegan voluntarily hosting the webcast of legendary New Orleans jazz music station, WWOZ, when its studio and transmitter were destroyed in the wake of Hurricane Katrina.  WFMU took donations for the WWOZ and raised over $70,000.
In the destruction of Hurricane Sandy WFMU was hit pretty hard.  They lost a lot of equipment and had to cancel their annual record fair.  The fair is one of their major sources of funding.  In effort to help out the station a record swap is being held (organized by our friend, Malcolm Tent of Trash American Style):
Sunday, December 9 at Bar 82. Bar 82 is located at
136 2nd Ave, in Manhattan 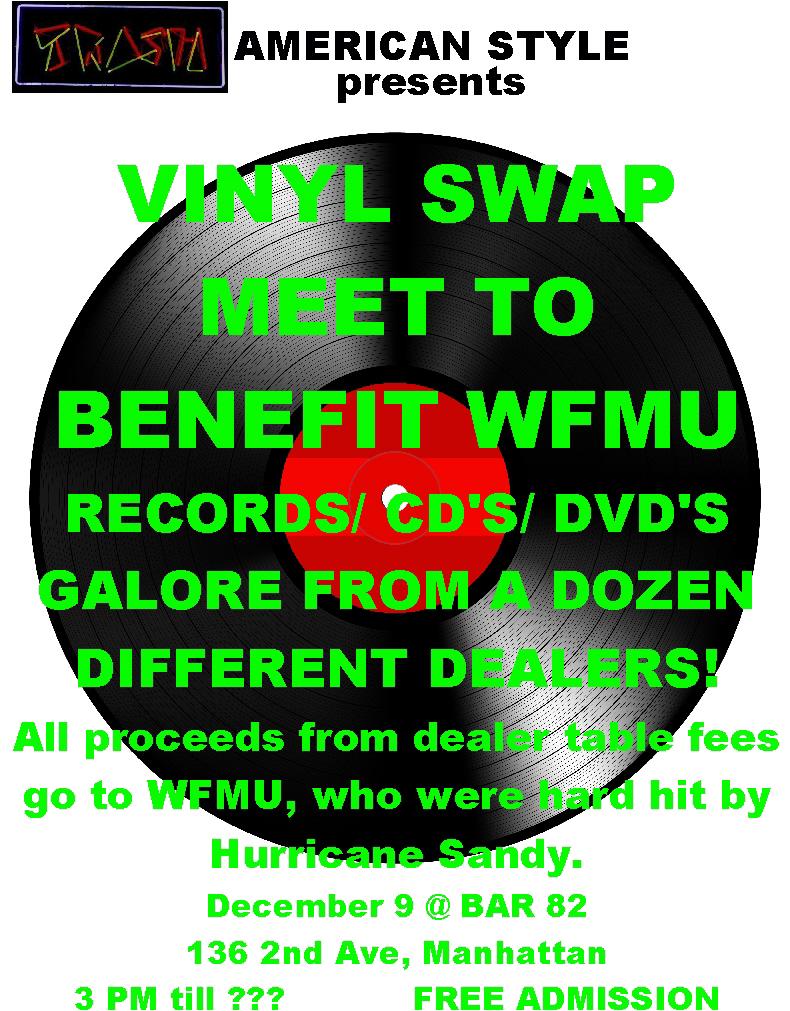 The swap starts at 3 PM and goes until “???”
The bar will be opened accompanied by entertainment from some of the city’s best DJ’s.  If anyone would like to be a vendor at the event they must contact Malcolm Tent Updates on the event and more information: https://www.facebook.com/events/304000386366133/
Come help support a good cause!