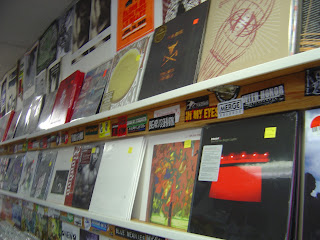 Azure Ray As Above So Below 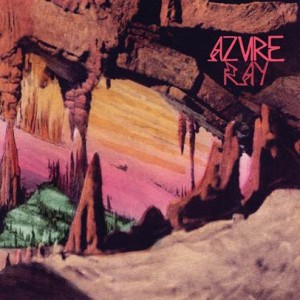 [Buy Online from RSR]
(Saddle Creek)
This new album by the duo Azure Ray is a bit different from their previous.  Mostly known for their folksy/ indie vibe they have switched it up this time.  They are now expressing more of an electronic/pop sound that is even more dreamlike and haunting.  Their inspirations for this album can include James Blake, Nicolas Jaar, and Apparat.  While listening to the dreamlike album I felt myself swaying back and forth to their electronically calming beats.  Their beautiful vocals are quiet, yet captivating.  Their vocals are like whispers that can be heard in a dreamland.  Their lyrics are deep and melancholy.  They tell tales of lost love and despair.  The album seems to have its ups and downs of emotion throughout.  Their lyrics are contradicting; expressing moments of clarity and then moments of cloudiness and despair.  All in all, this new album is definitely a new step in a different direction for the duo.  Leaving their indie ways behind and starting a whole new feel to their music.  So far I can dig it, so let’s see what they come up with next.
[Reviewer: Kacie]

Jello Biafra and the Guantanamo School of Medicine Shock-U-Py! EP 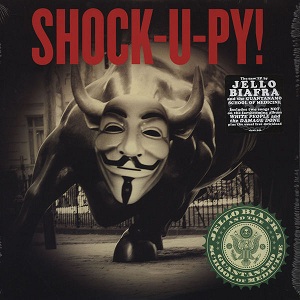 [Buy Online From RSR]
(Alternative Tentacles)
Ever since the Dead Kennedys broke up in 1986 (later reforming in 2001 without him,) Biafra has continued to prove that his fiery, very cool-voiced political observations remain alive through both spoken-word and musical projects. This EP with his latest band is the latter, having released their debut album in 2009. Even though the mainstream media now considers Occupy Wall Street to be unprofitable “old news,” Biafra stands firmly by the still-ongoing movement, saying that it “won’t go away until the problems are fixed.” He, of course, expresses his support for the movement, kicking off with the uptempo 7-minute-and-a-half-minute title track comparing modern-day demands to those of Great Depression victims petitioning FDR. He’s not afraid of impending controversy for criticizing “Barackstar O’Bummer” either, by expressing angry disappointment that it’s “Bush-ness as usual again” with the current president receiving money from banks through “that coin slot on his head.” The record closes with a remix of Biafra’s D.O.A. collaboration “We Occupy,” using a surprisingly bouncy, ska-type sound to encourage the public to fight to “take what’s ours.”
[Reviewer: Mark] 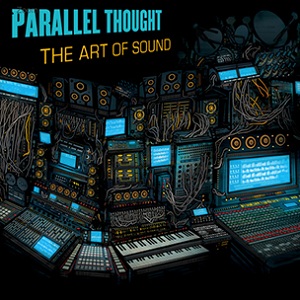 [Buy Online From RSR]
(Parallel Thought Ltd.)
Considering the new wave of instrumental hip-hop that has been catching on in the hip-hop scene this album is able to fit right in.  This album has an electric/ electric hip-hop fusion feel to it. Parallel thought is a very dynamic producer and uses many different genres in his music such as jazz, American Indian flutes, and of course hip-hop instrumentals.  This album is full of hip hop beats over funky sounding beats and static vinyl sounds that give it an old school vibe.  “Suspended Animation” is my favorite track on the album.  On this track Parallel uses flutes over a static hip-hop beat that give an enchanting feeling to the song.  This album is a nonstop head mover.  If you happen to be a fan of Flying Lotus then you would love Parallel Thought.  Along with Flying Lotus, Parallel thought is a beginning to instrumental and experimental hip-hop.  With the new technology we are receiving everyday this type of hip-hop is only going to get more explosive.  This new album is totally spacey and tropical at the same time.  Many of the songs make me feel like I’m floating in space as well as walking through a very trippy tropical forest in the dark of the night.  That description might be a little out there for some of you however, play this album and then tell me how you feel.
[Reviewer: Kacie]