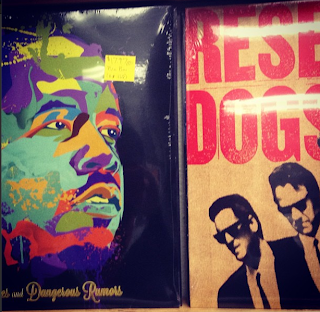 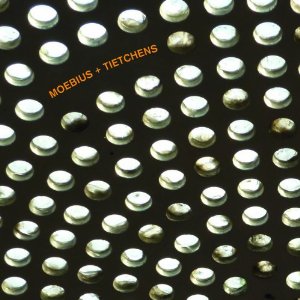 (Bureau B)
This abstract record is a collaborative work from two veterans of the German avant-garde electronic scene: they began their careers in 1970 and 1979, respectively. Born in Switzerland in 1944, Dieter Moebius has had numerous collaborative projects, such as Kluster with Conrad Schnitzler (renamed Cluster after Schnitzler left) and Harmonia with Michael Rother (both projects also featured Hans-Joachim Roedelius.) Asmus Tietchens – born in Germany in 1947 – has mainly worked solo, starting with musique concrète and later specializing in abstract sound collages. This is the first collaboration between the two men in 32 years, and it’s clear that they haven’t lost their talent for creating obtuse mechanical worlds. One of the shortest tracks – the two-and-a-half minute “Cremon” – kicks the album off with an intimidating atmosphere, sounding like the score for a massive, sprawling, abandoned factory wasteland. It transitions into the nearly 10-minute “Kattrepel,” primarily composed of ever-chugging bass punctuated by an extremely high-frequency tone. Later in the album, ten-and-a-half-minute “Lange Reihe” sounds like a bicycle ride with several alien insects dropping by. “Grimm” is one of my favorites for its busy atmosphere of multi-colored darkness, with buzzes and a fractured melody built on the infectious beat.
[Reviewer: Mark]

OMBRE Believe You Me 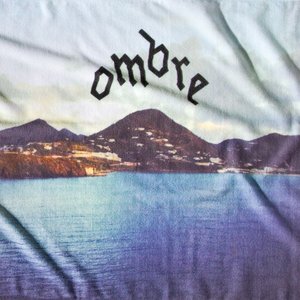 (Asthmatic Kitty)
Already established for their solo work, duo Helado Negro and Julianna Barwick have only known each other since 2009, but they already know how to create a wide-open sound that, at the very least, combines elements of Latin music and dream pop. On their debut together, Barwick’s harmonious, multi-layered vocals create the perfect ethereal ambience alongside Negro’s psych-folk instrumentation. A great demonstration of this is the first single “Cara Falsa,” which uses a tribal-sounding drum pattern, vibrantly warm synth and angelic vocals to sound like an endless sky over a peaceful desert. The two-part “Noche Brilla” opens and closes the album, with the first part using a guitar and horn to underscore Barwick’s heavenly vocals, while the second part is a straightforward acoustic ballad with the same voice – still ethereal – singing poetically romantic lyrics. One unique track, “Weight Those Words” relies on a tight, cozy acoustic sound with vocals from both: Negro’s traditional, down-to-earth Latin singing with Barwick’s distant “ahhh” voice chiming from above. Her circling voice also helps the piano-loop-based “Sense” come into fruition as pure otherworldly beauty.
[Reviewer: Mark]