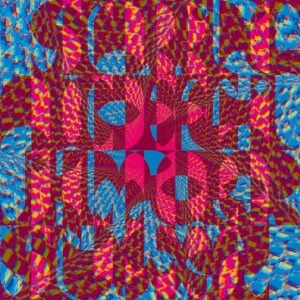 (Northern Spy)
Describing their sound as “sparkle prog,” “sleepy core” and “kraut punk,” this Brooklyn five-piece (formed in 2008) takes experimental prog/punk to thrilling new levels. I can imagine it being the score for an art film about an apocalyptic circus: opener “the best” utilizes absolutely manic drumming, psyched-out guitar landscapes and a very diverse mix of colorful synth. Front-woman Clara Hunter’s ominously echoing, poetic vocals bring the sound together, with the next track “ie” focuses on loose, more jazz-like instrumentation atop a buzzing synth and fast drumming foundation. The third track proves to be the most relaxing, alternating between a flowery 60s-style electric organ pattern and breaks of gorgeous singing over a low-key guitar. They further demonstrate their diverse tastes on the epic “…7…,” which begins with guitars giving way to Middle Eastern-sounding orchestration, then flourishing into the loudly-rocking guitar, synth, drums and – eventually – Hunter’s luminous vocals. It’s certainly one of the most unique albums that I’ve heard in a while, particularly for its thrill-ride moments.
[Reviewer: Mark] 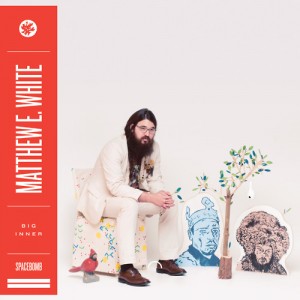 (Hometapes / Spacebomb)
Born in Virginia and raised both there and in Manila, Philippines, White’s warm, laid-back indie-folk music sounds much more deeply rooted in the former.  On “One Of These Days,” he calmly croons his romantic reflections to the listener amidst an easy-going tempo of simply a guitar and drum, which soon gives way to blossoming strings, horns and a choir. The next track is my favorite: “Big Love” surprised me by starting with an Air-like rumbling bassline and piano before the catchy chorus and increasingly busy (including backing gospel-like vocals, congas and a saxophone) bring it to its climax. White explores religious themes without sounding polarizing or heavy-handed; in the closer “Brazos,” his repeated statements about Jesus being our Lord and friend could be interpreted in several different ways, but on “Gone Away,” he’s certainly sincere about respectfully asking his young cousin why he had to go up to Heaven too early. White has an open-minded perspective on both the rewards and challenges of life, and it’s refreshing to hear him convey it.
[Reviewer: Mark]