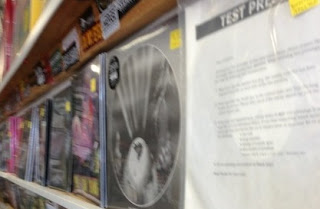 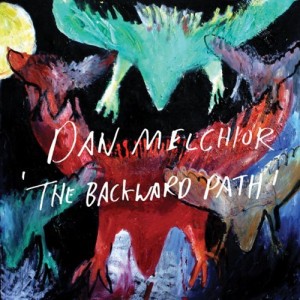 (Northern Spy)
This English singer/songwriter/guitarist continues his tradition of difficult-to-categorize music fusing genres such as punk blues and indie rock. On this album, though, he alternates between two musical styles, both receiving an almost identical balance of time: instrumental electronic experimentation and heartfelt acoustic songs that showcase Melchior’s versatile guitar and vocal skills. His shift in emotions can be attributed to the experience of supporting his wife Letha, who is currently suffering from cancer and he dedicated this album to. The stripped-down, genuinely emotive ballads are where Melchior shines the most here: a good example is “All The Clocks,” taking the interesting perspective of thanking his wife for helping ease his time-blurring stress, not letting her illness weaken her hope as well. The ominous “Waves,” on the other hand, conveys the difficulty of coping with relentless unease that makes one’s entire world feel different. He also employs several experimental guest musicians to fill out his innovative sound, including Sam Hillmer (Zs, Diamond Terrifier,) Anthony Allman (El Jesus De Magico) and C. Spencer Yeh (Burning Star Core.)
[Reviewer: Mark]

Fall Out Boy  Save Rock And Roll 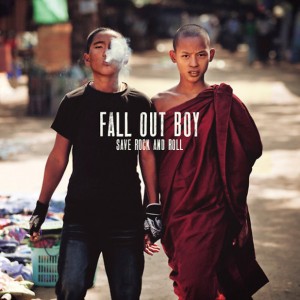 (Island)
Fall Out Boy are back! The band recently announced their reunion and wasted
no time in releasing new material. Their fifth album, Save Rock And Roll, is a bold
new direction for the band and encompasses the new elements the band members
acquired while working on their individual projects. The album kicks off with the
strong and aggressive track “The Phoenix” and ends with the powerful and heartfelt
“Save Rock And Roll”. This album is also full of its share of guest artists across
multiple genres, including Foxes, Big Sean, Courtney Love, and Elton John. This
return album shows that Fall Out Boy are truly back, with a vengeance.
Suggested Tracks: My Songs Know What You Did In The Dark, Alone Together,
Young Volcanoes, Save Rock And Roll
[Reviewer: Nate]