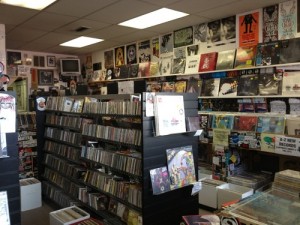 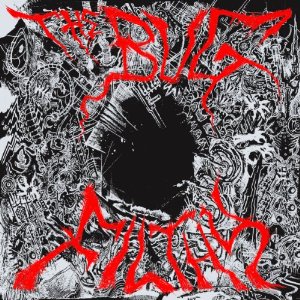 The Bug (electronic music producer Kevin Martin) comes forward with some more tunes in the direction of “London Zoo” with 4 bass heavy ragga (dancehall reggae) influenced tracks. The first track features the love him or hate him Mr. Danny Brown (nasal crass Detroit rapper) and where your initial feelings lie on him won’t change with this track; fortunately, for me I’m in love with that high pitched freak.  Flow Dan (of the grime crew Roll Deep) is featured on the next 2 tracks. Continuing in the tradition of “Skeng” (previous track The Bug and Flow Dan collaborated on) these 2 tracks dominate and overshadow the Danny Brown track (it’s still great, mind you). Then track 4… oh man, track 4 absolutely leaves me pining for more and more. Daddy Freddy is the featured vocalist (a ragga originator/kingpin) and absolutely wrecks it. The fact that this is released as a 2×10″ is the perfect nod to the ragga singles, but goddamn if it doesn’t leave me itching for more. Time to revisit “London Zoo.”
[Reviewer: Rick] 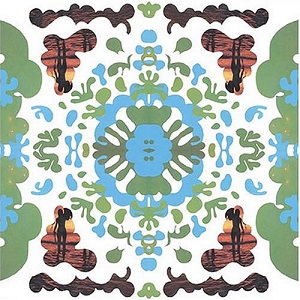 (DFA)
This Brooklyn-based experimental electronic band has become well known for their unpredictable sound, which, during their early days in the late 1990s, consisted of violent, screeching hardcore punk/noise. Originally released in 2002 and recently reissued and re-mastered on DFA, their debut full-length Beaches & Canyons served as a major turning point: its sound combines elements of noise rock, ambient and psychedelia. “Seabird,” for example, combines bird song-like squeaks with shimmering synth and ends on a strange, guttural melody. “Things Will Never Be The Same” is easily another favorite, for its incredibly sensual wave effects making it feel like a meditative cetacean-themed hypnosis. The next tracks continue in their own interesting patterns, with “The Dream Is Going Down” relying primarily on an intoxicating wall of fuzzed-out guitar noise and dizzying chants, and “Endless Happiness” using beautiful horns that become increasingly frenzied until it’s replaced with nothing but a recording of real waves. Longest track “Big Drop” concludes the album on the noisiest note, with endlessly vibrating guitar psychedelia, energetic drums and vocals consisting of simply strange tribal-like sounds and yelling. For its blend of both relaxing and harsh elements, it’s easily one of the most unique albums I’ve heard.
[Reviewer: Mark] 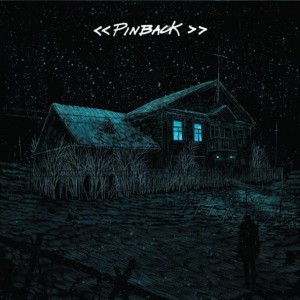 (Temporary Residence Ltd.)
On their fifth album, this San Diego-based indie rock band sounds like a soulful combination of euphoric and dark, always keeping a dual-vocal balance between core members Rob Crow and Zach Smith. Smith’s intricate bass guitar work remains the most unforgettable aspect, immediately adjusting the mood whenever needed and backed by piano, drums, and just a few other instruments. Their complex lyrics cover all sorts of ground instead of being straightforward and predictable. One of my favorites is “Drawstring” for its combination of strings and piano to convey a moody end-of-the-world-type atmosphere, with lyrics referencing uncertainty, demons and the sun going out. I particularly like the minimal piano-and-drum “Diminished” for its stark, subdued nature to complement the ruminations experienced during bad days, ending with advice to not “feel so worthless in the meanwhile.”
[Reviewer: Mark]