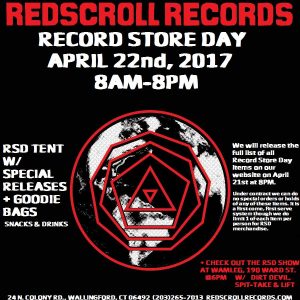 We’ll be opening at 8AM that day. We’ll be distributing some complimentary snacks and drinks for the early risers in line. We’ll have a bevy of exclusive releases (including some of the European RSD items!). We will publish a list of everything we’ve received at 8PM on April 21st (the Friday night before) so you can check that out before making the trip out to see us.

At the end of the day we are also hosting a show at Wamleg (190 Ward Street – behind the Dairy Queen on Route 5).  The bands playing will be Dirt Devil, Spit-Take, & Lift. Hardcore Sweet will also be at the gig selling treats. 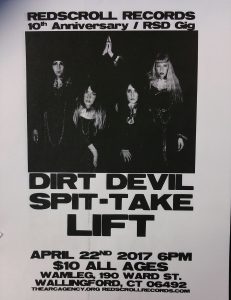