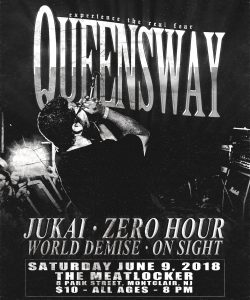 The Redscroll Podcast is a monthly show (new episodes on the first of the month) that works as a companion to what we do at Redscroll Records in Wallingford, CT USA. We are a record store that has a heavy emphasis on the left of center / underground music of the world. Whether it be underappreciated or just has a niche audience, marginalized or just off the radar it’s all of interest to us. With the show we’ll generally have a localized focus. We’ll discuss what is in our personal rotation at the moment. We’ll talk to guests who have to do with all of the above. And we’ll talk about specific dealings with the store. If you have input you’re welcome to contact us through email (redscroll@gmail.com).