This episode brings us to the origins of Redscroll as a label and in general with Mikey Daddona who currently resides in Oakland, CA and runs Ratskin Records – a haven for experimental artists ranging from leftfield pop & soul to harsh noise. Ross Menze also accompanied Mikey on this trip and though he was not the focus of the conversation we didn’t ignore him; Ross plays in Headroom, Mountain Movers, his self-named project and over the years myriad other musical outfits. 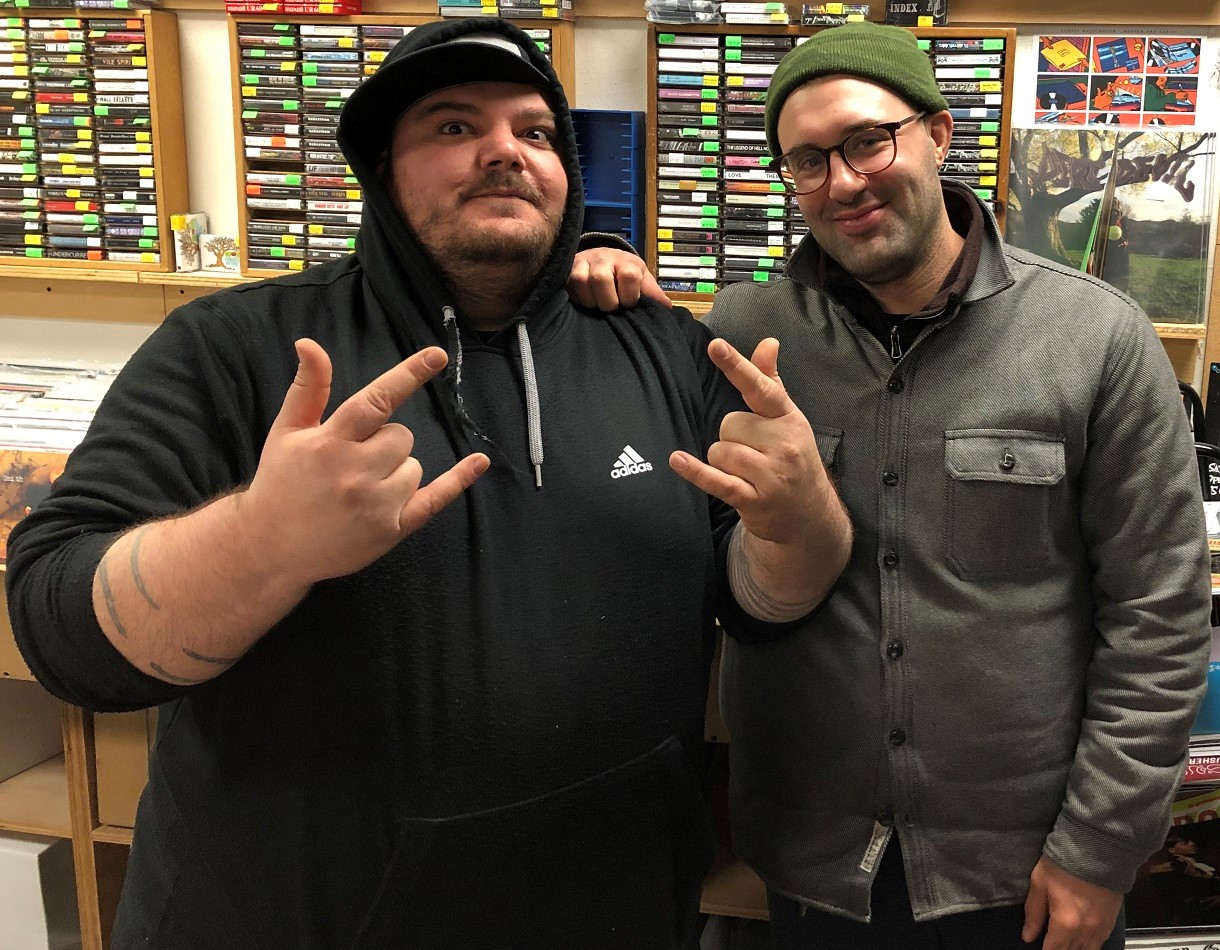 Mikey on left and Ross on right

We talk about the early days of Redscroll, Ratskin Records and its roster in general, the Ghost Ship tragedy, San Francisco and Oakland’s changing artistic climate, and various branches from each of these things.

Josh:
Dead Can Dance “Act II – The Mountain” Dionysus (Pias)
Dire Wolves “(Untitled Side 2)” Jams and the Giant Peace (Stunned Records – Note: Didn’t have digital files for actual release talked about which is the split with Headroom)
Realize “Desert Mech” Demolition (To Live A Lie)
City Hunter “Living Nightmare” Deep Blood (Youth Attack)
Chris Corsano & Bill Orcutt “She Punched A Hole In The Moon For Me” Brace Up! (Palilalia Records)

Spellling “They Start The Dance”