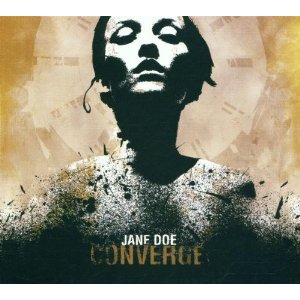 Converge was way ahead of the curve when Jane Doe was originally released. It debuted in September 2001 when the country was in a very fragile state, and took a new approach at what they had already mastered. Before Jane Doe, Converge released a few albums that had limited structure but were very thrashy and abrasive, with a few surprises here and there. This was a turning point for them, because they seem to focus more on the melody and structure as opposed to the sheer chaos their earlier albums had, and progress even further with each album after Jane Doe. Originally released on Equal Vision, Jane Doe sold out pretty quickly and became a very sought after record. It wasn’t until 2010 that it was given a reissue by Deathwish Inc, singer Jake Bannon’s label. The reissue came in a slew of different colors listed below, and comes in a gatefold jacket with a thick booklet that includes lyrics and artwork. This is a must for any fan of the genre. Get it while it’s still in print.
150 – Red / Gold Swirl
440 – Clear Gold
1305 – Clear Red
2000 – White
550 – Clear Gold / White Swirl
560 – Clear Green
[Reviewer: Sean]
Crime Desire Alone In A Dream 12″EP
Gravity / Life’s A Rape Records 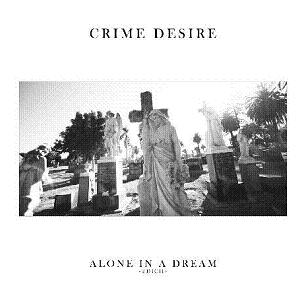 Crime Desire is a 3-piece band from California who play straight forward riff-driven hardcore punk. These guys have a bunch of records out (of print) at thispoint and this newest ep is complete with the staple gruff vocals & steady drum beat which you’ve come to expect, but then there are parts that make this unpredictable; guest vocals by Gitane Demone (Christian Death) & her daughter come in with wails, shrieks and muffled background noise. I like where this was headed and wish it was longer than just the 5 songs presented. I’m also really happy that in the year 2011, there is boundary pushing artsy hardcore worthy to be at least partially brought to us by the same label that gave us Heroin, Antioch Arrow, & Angel Hair. (FFO: Black Flag, F#cked Up, Failures)
[Reviewer: Josh]
Davila 666 Tan Bajo LP/CD
In The Red (ITR204) 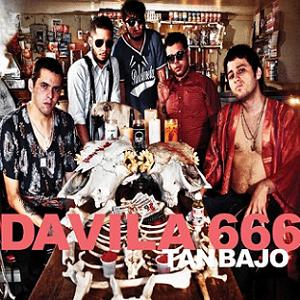 Those devoted to any sect of garage, from the 60s to now, will be sure to appreciate what Puerto Rican rockers Davila 666 are doing on their latest album, “Tan Bajo” (“So Low”). This album rips from start to finish. After a brief opening track bearing the same name as the album, Davila 666 launch straight into “Obsesionao,” a song whose opening riff seems to have been lifted straight from some badass 60s spy film or like it could be a secret agent’s theme. “Noche De Terror” and “Patitas” are awesomely raucous party jams, while the band shows they can be tender, too, on “Yo Seria Otro,” one of their slower tunes. Overall, this album is really stellar, with no weak points to be found throughout its 14 tracks. And while yes, it is sung entirely in Spanish, language is certainly not a barrier to enjoyment here—you’ll probably even find yourself singing along.
[Reviewer: Caren]
Nicolas Jaar Space Is Only Noise LP/CD
Circus Company (CCS055) 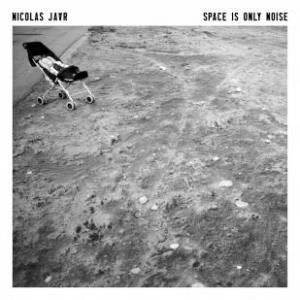 Downtempo electronic music is the most concise way to describe this. Beyond that, the album runs a wide breadth from Arthur Russel styled weird folkish songs to trip-hop influenced head bobbers to ambient mood pieces. The instrumentation beyond the electronic base is quite varied. It’s a somber virtuous record and even further impressive considering Nicolas is a junior in college right now.
[Reviewer: Rick]
Vaccine Crimes in Blood 5”
Painkiller Records 033 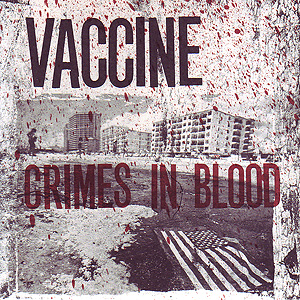 Vaccine is a power-violence band from Massachusetts featuring members of Think I Care, Relics, Failures and Ampere. This 5” marks their third release and is about 2 minutes long. This record proves that a lot can be done and said in a very short amount of time. It’s 5 songs with topics ranging from political scum, to animal rights, to the BP oil spill, and it doesn’t slow down at all. It keeps up a fast and brutal pace for the entire release. My only gripe with this band is that all their releases are over in just a couple minutes. I know that demos are just supposed to give you a taste of the band, but I want more. Fingers crossed for an LP to come out soon.
[Reviewer: Sean]