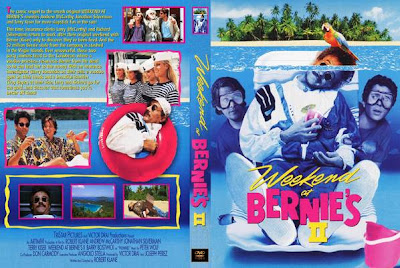 In the movie Weekend at Bernie’s 2 Bernie (the cadaver) at one point is put under a voodoo spell that causes him to sort of dance and move about like some wacky not-so-disgusting zombie (without the taste for flesh).  He does a conga line at one point.  It’s zany.  Check it out:
Now somehow it took about 20 years for that to really hit home with someone and become a dance craze. I don’t question it as a dance craze in the slightest. I only question why it took so damn long!
That came out October 2010. It hit America by storm (over 2 million youtube hits!). One month later at the Blackout Sale at Redscroll Records I filmed a bunch of people movin’ like Bernie. A few months later and I’m finally getting around to putting it on the internet where it belongs.