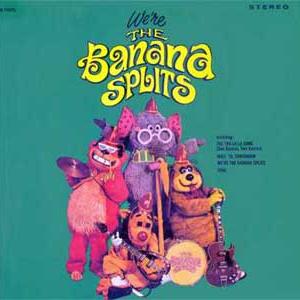 “The Banana Splits Adventure Hour was an hour-long, packaged television program that featured both live action and animated segments. The series was produced by Hanna-Barbera Productions, and ran for 31 episodes on NBC Saturday mornings, from September 7, 1968 to September 5, 1970. The series costumes and sets were designed by Sid and Marty Krofft and the series’ sponsor was Kellogg’s Cereals.[1] The show was Hanna-Barbera’s initial foray into mixing live action with animation.” –Wiki
I honestly didn’t even realize that it only had 31 episodes or that it aired in that time frame (a couple decades before I saw them). I remember them re-airing these Saturday mornings when I was a kid. I guess 31 weeks worth is enough for most of one year. I swear it seemed like a lot more. Guess not. So, this song is all about the hook (“Tra La La”). As a kid it’s easy to identify with (fun repeated sounds) and easier to remember. And it starts with a food count off (“One banana, two banana, three banana, four.”). So perfectly poppy rock and well, it’s performed by big old muppet type characters (2 dogs, an elephant and a monkey… errr, a dog, a lion that looks like another dog, a gorilla that looks like it could also be a monkey and an elephant that would be hard to confuse for anything else). Fun!  Oh yea, and there’s a song on the B-side too! Bonus! (Insert laughter and more fun.)
[Reviewer: Rick]
Defeater Empty Days & Sleepless Nights 2xLP/CD 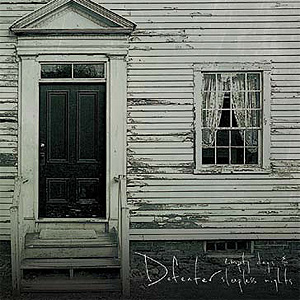 Defeater is a hardcore band from Boston, and to no surprise are on Bridge 9 Records. What sets this band apart from other bands playing similar styles of hardcore is Defeater tells a story in each album. Each album tells a new story of a post World War II family, and their struggles coping with the war and internal struggles with family.
Empty Days & Sleepless Nights is separated into two sections: Empty Days. which is emotionally driven, sometimes technical hardcore and Sleepless Nights, which consists of four acoustic songs that finish up the album. I personally enjoy the Sleepless Nights portion of the album more, and I feel that it can appeal to a wider audience than the Empty Days portion can.
This release comes on CD, and a nice double LP gatefold package with a screened D side.
[Reviewer: Sean]
Noose It’s Your Time 7″ 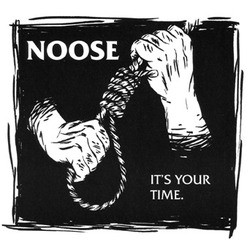 Vegan straight-edge hardcore from Chicago. These dudes are on React! Records and sound way more akin to early 80s hardcore (SSD, Negative Approach) then they do their labelmates. The recording quality is dirty, which I love. The microphone sounds like it’s buried deep down the singers throat most of the time. X-swatches, Football jerseys over hoodies, & stylish moshing.
[Reviewer: Josh]