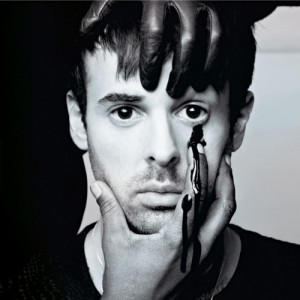 (Mexican Summer)
If you haven’t heard by now, there is a full darkwave resurgense happening (and coldwave and minimal wave and blah blah blah wave etc.). I’m not going to pull any punches here. I pretty much enjoy it all on some level. That is my favorable prejudice. Some of it I go back to less and realize it’s a poor copy. Some keeps me coming back for more. I have listened to this Light Asylum EP of four songs about four dozen times in the past two days (perhaps a bit of hyperbole there, perhaps). Shannon Funchess has a voice on par with Andrew Eldritch, Peter Murphy and Dave Gahan (yea, I completely believe all of that). Listen and understand. “Dark Allies” is clearly the stand out track (I’ll post the video for it below) and one of the tracks has the “True Faith” (New Order) beat and all of it keeps me coming back for more. The horse naying samples in the first track are ridiculous in theory, but in practice work real well and do not come off hokey like a Revolting Cocks gimmick (though there is a place for that from time to time). Embrace the darkness (take a fluorescent light-stick).
[Reviewer: Rick]
Ultrabunny Volume Merchants / Unsafe At Any Age LP 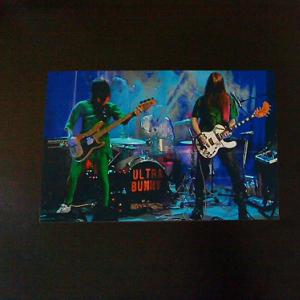 (TPOS Records)
I saw these CT locals open for An Albatross at the Heirloom Arts Theatre back in 2008. They play wild improvisational rock with elements of jazz, psychedelia and noise. This record begins with moody, otherworldly feedback waves, eventually merging into dissonant guitar-and-bass zephyrs that are reminiscent of 1980s experimental rock, such as early Sonic Youth and Boredoms. About midway through the second side, some freaky, cartoonishly high-pitched vocals kick in, breaking down into maniacal chipmunk laughter on “Hot War.” Basically, what I’m trying to say is that this record is really something else. The tracks build from basic elements (traditional drum patterns and guitar/bass chords) to create layers and evolve into a moody, almost post-apocalyptic atmosphere. The mixing and mastering job is impressive as well, considering this album’s content is from six different live performances in Connecticut, New York and New Jersey.
[Reviewer: Mark]
Woods Sun And Shade LP/CD 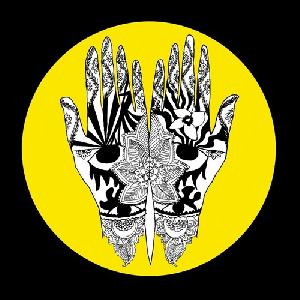 (Woodsist Records)
One of the most “summery” albums I’ve ever heard, Brooklyn-based Woods’ Sun And Shade combines catchy, sunshine-tinged folk music with the inventive, nostalgic sound of lo-fi indie rock. I don’t want to sound cheesy, but this album is perfect background music for walking through the sunny and shady parts of the woods. I imagine tracks like the highly uplifting opener “Pushing Onlys” are the audio equivalent of what aging hippies see in their minds; fuzzy, dream-like memories of spending seemingly endless days dancing carefree in nature. However, “sunshine pop” is not a proper term to define this album as a whole, since they explore more subdued feelings as well, such as the intimately morose, acoustic “Wouldn’t Waste.” The analog sound is perfect for the acoustic guitar, drums, and a host of more “experimental” sounds. Plus, the lower fidelity certainly adds warmth without overdoing it. Woods certainly aren’t afraid to experiment; “Out Of The Eye” is backed with a long, shimmering mechanical hum that’s remini scent of krautrock, and “Sol Y Sambra” is the most freestyle sounding, like a nature walk intended for self-reflection.
[Reviewer: Mark]