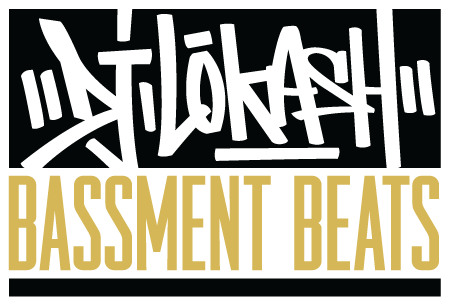 Loukas/LOKASH and I (Rick) go a little ways back – him following (not like a tag-along, just in sequence) me as both a music director and Program Director at WNHU while attending the University of New Haven.  He still holds down a radio spot with the same name (Bassment Beats), but now on WESU (not coincidentally where I work part time weekday mornings).  He’s always been completely legit and what you might refer to as the real deal.  A Hip-Hop DJ, but not in simplest terms.  He’s got a diverse palate.  Worldly even.  He’s been seen supporting names like Sketch the Cataclysm (Antfarm Affiliates), Mizery Crew (Cardboard City), YC the Cynic (RDAC), Seme Rock (HiCru), Left Field Rhythms, Bisco Smith (Embedded/Ivee), and Blitz the Ambassador (EmbassyMVMT). 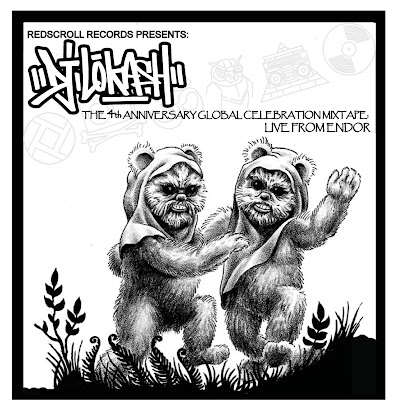 You might also know the name DJ LOKASH from DJ’ing in-store at past Redscroll events or from this past Record Store Day when we had him do a mix for us (CD included in the goodie-bag).  If you missed it it’s still available to download on his site here.
The 4th Anniversary Global Celebration Mixtape: Live From Endor by DJLOKASH

He’s currently involved in a contest to get on a show BET is doing (Master of the Mix).
The contest voting has now ended. 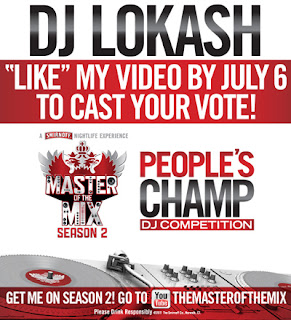 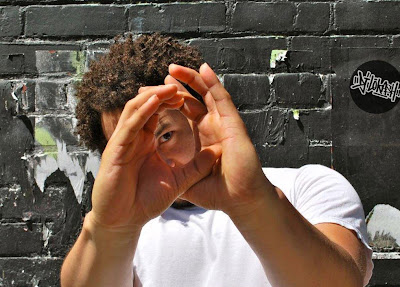 What introduced you to DJ’ing and then what lead all the way up to teaching at the Scratch Academy?
I’m pretty sure the television was my first introduction to the DJ as a young kid. But my first exposure to vinyl was my father. When I was an infant I used to tear up his record collection and make a mess and scratch them up and stuff. Based on the records I ruined I had developed pretty good taste in-utero. I probably would have been ill back then if I had motor skills. From that it was just pause tapes for friends and then into collecting punk/HC/metal 7”s. I didn’t actually have access to turntables and a mixer until long after that when I was living in Queens. It was there that I started playing out and I didn’t start dealing with Scratch until after that in 2004 after living out on the West Coast for a while.
What cool experiences has that also lead to?
Um. There have been a bunch. I guess the first one that comes to mind is The Campus Invasion Tour with Muse. Overall any time the crowd and the vibes are good it’s a cool experience. Especially if you’re being properly compensated and leave feeling satisfied. I really try to connect with the crowd without having to be in their ear on a mic. 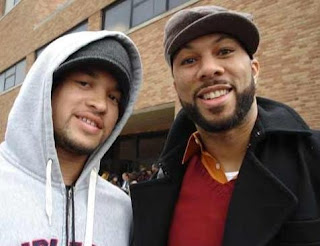 Meet any heroes?  Have any fun stories about any of that?

Yeah, a few actually. I met Paul Mooney backstage at an awards event at BB Kings that I was performing at with Blitz the Ambassador, and ended up in a crazy conversation about history and culture with MC Supernatural and Abiyodun from the Last Poets. He put me on to a movie called Good Bye Uncle Tom which is a very sobering film from a few decades back about the history of slavery. I highly recommend it.

How has your interest grown from the beginning of your DJ career?   I know you have more of a diverse approach these days – trying to bring in more than just hip-hop to your sets/the crowd.

Well I’ve always had very eclectic tastes in music and I think trying to really express that has become my mission. I love hip-hop and I do a lot with hip-hop, but I think it’s important to really draw everybody in to whatever vibe you’re trying to create, and it’s hard to try and figure out what songs you can weave together that will hold everybody’s interest while staying true to your own preferences and ideals. I think also more than ever the world is coming together and I really want to touch every single person in the world with music. Creating my own music that does that will be the next big hurdle to overcome. 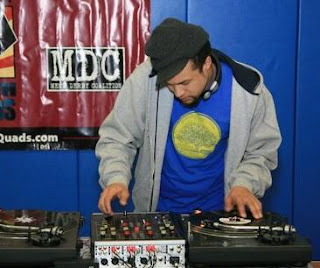 You’ve also been skating since a kid – has that ever worked against you in hip-hop?  Do people group you with the old backpackers?  I know that isn’t really a stigma right now, but it was for a second.  I know you also have a skating cameo in a Blitz video so it’s worked for you at times, right?

Yeah a bit, I know I used to skate around with one (backpack) for years. So… yeah, ha. I think ever since more corporate money started flooding into the sport over the past decade, it has changed the way it’s perceived. It’s not the same counter-culture that it used to be in a lot of ways. But it’s cool that it’s growing. I think in a lot of ways I get lumped into that backpacker group because of the music I generally play on my radio show, Bassment Beats. It also happens that a lot of those artists are supported by, or come from the skateboarding community as well. I’m hoping to be able to have more of a presence in some of the events and other things going on in the skateboard community. And just counter-culture in general. Some of my favorite gigs have been roller derby bouts just because of the diversity of music I get to play.
How has growing up in CT and living both there and in NYC directed you or influenced you?  The Third Unheard?
Well I definitely got exposed to a different cross sections of life at a younger age than I might have otherwise. Both of my parents are from the Bronx so there’s always been family in the city, but also being up in CT, it’s just a different vibe and a different way of life in a lot of ways. I think I have a certain appreciation for both that other people might not have. But all of the elements of hip-hop (graff, mc’ing, dj’ing, breaking, knowledge) combined with the skateboarding & the hardcore scenes all had a huge influence growing up as did the communities that fostered them. So in addition to all of the things that came out of NYC, you had people like Stezo, Egon, Dooley-O, Bel, Cycle, Donney Barley, Tony DaSilva, Rick Pelletier (RIP), Jasta 14, 76% Uncertain, Wide Awake, added to that list of influences when I was a kid. 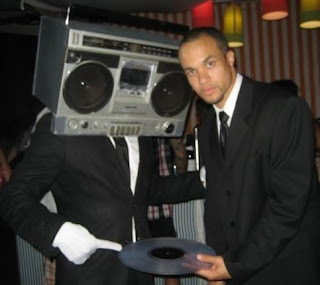 When you first started traveling did that open your eyes to any stark regional differences that lead to any revelations (or even long after you first started now that you’re a world traveler)?  How does SxSW compare to playing in say Pereira or Bogotá?
Absolutely. Just moving from Queens to the Bay Area for a while was crazy. I mean talk about an area that is heavily steeped in it’s own regional culture. It was very eye opening for sure since that was the first time having to navigate a scene that wasn’t mine and wasn’t really trying to hear East Coast music like that. But yeah, it’s a whole different story when you’re abroad, especially if you’re not comfortable with the language. At that point you just have to do what you do and get the people to ride with you whether they want to or not. That’s when you realize that music is truly universal when you can take a big room full of strangers and get all of them to let their wall down for a little while to expand their mind and have a good time.
Thanks to LOKASH for the time and definitely check out all his links and keep an ear and and eye out for him playing records on your radio, computer or live p.a. in your area.  Take a second and vote for him in that competition too.  I hesitated to use those banners with the big name advertising, but let’s just think about the ultimate goal here.  CT on top!