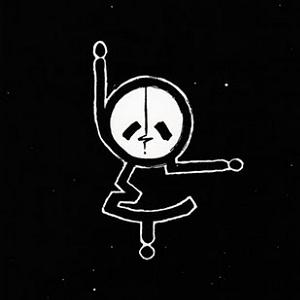 Page99 was a grindy screamo punk band that existed from 1998-2003. They are one of my all-time favorite bands. Recently they’ve gotten back together to play a few more shows, which makes this the perfect time for Robotic Empire to release, “Singles” for the first time on vinyl. This is the collected works of all the 7″s, splits and demo material that would cost you a pretty penny to hunt down individually. This is also a great way to get a feel for a band that grew so much in a short amount of time. From the early days of straight grind to the final releases which were heavily layered and atmospheric. Members went on to form such bands as Pygmy Lush, Mannequin (who have a
release on Redscroll!), City Of Caterpillar, Malady, Ghastly City Sleep, and so many more.

They were incredible live. Here is a video of them the first time they played Connecticut at the Bristol Skatepark. Jeromes Dream played the show too. Hassan I Sabbah dropped off. Toward the end of the video you can see Chris Taylor hanging from a pipe, he falls and cracks his head open, but still manages to come back and sing the final lines. Everytime they played CT after this, it was a special event, but thats a story for another time. 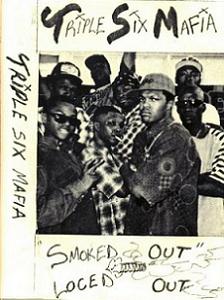 You have to know who this is.  It’s the only hip-hop crew to win an Oscar (Hustle & Flow). Three Six Mafia.  This is the tape demo someone we know on the west coast decided to bootleg.  I’m glad they did.  It seems to have actually been bootlegged with an actual copy of the tape rather than some download or anything. It doesn’t have slick art – it’s got the photocopied insert with a plug for Paul’s Club House and teasers for their mixtapes inside (mixtapes that maybe we’ll see boots of down the line?). Yea, so anyway, for those not familiar with the beginnings of the 666 Mafia they formed in that time when Horror-Core was running rampant, but they didn’t fall into the trappings like some groups did (see: Flatlinerz).  They kept their southern/regional influences intact.  The flow gets clunky at times, but it’s not bad, it’s endearing and great.  Kids jumpin’ on the Odd Future Wolf Gang Kill Them All wagon should do themselves a favor and visit the early Trip6click (did I vary up their name enough times?).
[Reviewer: Rick]