All Pigs Must Die God Is War LP/CD
(Southern Lord) 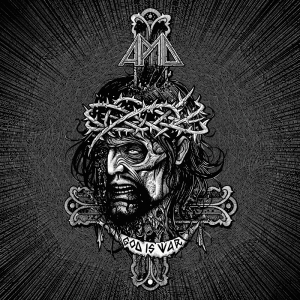 All Pigs Must Die is a 4 piece nihilistic hardcore band out of Boston. Featuring the voice of Kevin Baker of The Hope Conspiracy and the drumming power of Ben Koller from Converge. They first showed us a Self Titled 5 song EP last year on Nonbeliever Records, which was immediately given a lot of attention. This is their latest effort; an eagerly awaited sophomore album titled “God is War” and released on Southern Lord Records.
Here’s a video of them playing a house show at SXSW, along with the drummer of Trap Them.
http://www.youtube.com/watch?v=beSgr2cFuNc&feature=related
[Reviewer: Sean] 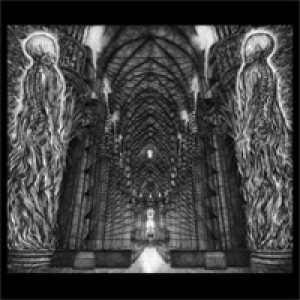 This is a new LP (as in recent release), but the tracks on it are from a couple compilations.  Yes, two tracks. 42 minutes and 10 seconds worth of two tracks.  Deathspell Omega is undoubtedly the reigning champion of current black metal.  Intricate mind-boggling riffs and generally outstanding songs that never let you get tired.  I feel like all of this is super obvious to anyone who knows. So, for anyone who doesn’t know and has even a remote interest in black metal, go listen to Deathspell Omega. Start here. Start anywhere.
[Reviewer: Rick] 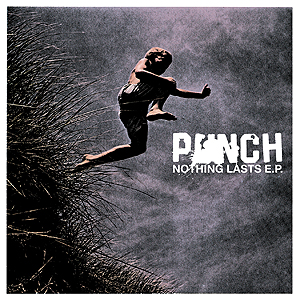 I was having a conversation yesterday about how Deathwish is to hardcore now what Revelation was to hardcore in the late 80’s and early 90’s. In that, they’re always pumping out the finest releases by the most current & relevant bands. This week alone they dropped releases by Living Eyes, Self Defense Family, Oathbreaker, Resurrection, and Punch. Anyone who has ever been involved with putting a record out can attest to how much work, effort and planning goes into the process. Now, imagine getting five releases ready at the same time. My brain would explode. Punch is a hardcore band hailing from San Fransisco, CA. Everyone I talk to about this band seems to be a fan, and with good reason. They play a solid fusion of thrashcore & youth crew. I love that there are only a couple sentences of lyrics for each song. It bums me out when vocalists try to cram too many words into a short song, it makes singing along real wonky. “Nothing Lasts” offers up seven new songs that won’t disappoint fans of their previous two full lengths on Assault Records.
http://www.youtube.com/watch?v=HNVjSBQZrb8
[Reviewer: Josh] 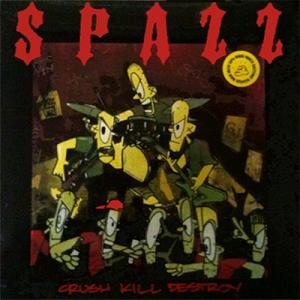 In a sea of derivative “hardcore” bands trying to incite thrashing by using the same old methods, Spazz carved out their own niche. Although they didn’t invent the powerviolence genre, they certainly knew how to make it fun while staying true to form. Imagine a thrashier mutation of hardcore punk, clearly influenced by the blisteringly quick-and-to-the-point, rapidly shifting nature of grindcore. The result, in my opinion, channels a more raw degree of emotion that “normal” punk songwriting doesn’t seem to allow. What really made Spazz rise above most others in the genre, though, was their sharp sense of wit and overall unique persona. The lyrics range from bizarre (“Dwarf Goober Militia” is a good example) to straightforward bashing of targets such as wangstas, animal abusers and hardcore poseurs. There’s just something really refreshing about the overall execution of this album – too many bands try to imitate, but these guys did exactly what they wanted, which is sound like themselves.
[Reviewer: Mark]