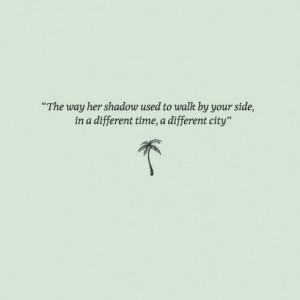 (Secretly Canadian)
Jens (pronounced “Yens”) Lekman is a Swedish singer-songwriter/guitarist whose specialty is a poppy indie sound. Musically, he demonstrates some strong island influences on this EP, from the Caribbean-tinged opening title track to the cooled-down reggae of closer “So This Guy at My Office.” His personality and wit plays a vital role throughout: the cheerfully self-deprecating opener gives a first-person perspective of wandering drunk and alone through Melbourne (making that subject matter a fun listening experience is no easy feat, but he’s sharp enough to pull it off.) “Waiting for Kirsten” recalls an unsuccessful attempt to meet a certain Ms. Dunst when she was filming a movie in Gothenburg, Sweden. Emotional references to the wine and women of Chile are prevalent in “A Promise;” a get-well-soon song for a friend who’s “like a brother” to Lekman. “New Directions” stands out with fanfare-esque horns amidst themes of disenchantment (“they say / ‘this is what your friends are for,’ but / I don’t know who you people are anymore.”) The record ends on a romantic note, with the laid-back, almost dream-like final song transitioning an anecdote about an Earl Grey-scented co-worker to a statement toward whoever the song was written for: “my day starts when you get here / and ends when you leave.” Lekman succeeds at conveying the fluidity of emotions, providing a very listenable and well thought-out experience.
[Reviewer: Mark]
War Brodermordet 7″ 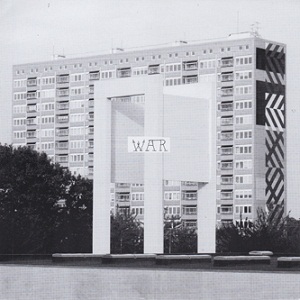 (Sacred Bones)
War (not the popular funk jazz rock band) features that guy from Iceage (the singer) and some guy from some band called Sexdrome. I’m being completely facetious on both accounts. It’s one of those things that has to be mentioned, but should hold no bearing as to how you feel about it (but all too often does). These three songs are definitely not the combinations of those sounds (or of ones from any of those fellas’ other projects). It’s fuzzy and cold and a bit martial. When Iceage played New Haven they stopped by the shop the next day and what they (or particularly Elias, the singer of Iceage) bought is entirely reflected in this record. Weirdo jams. Left of center bassment recordings to four track with whatever instruments were around (“analog synth, pedals, drums and guitar, both members sing and play a bit of everything” – Sacred Bones). A bit dance friendly too. Fun fuzzy sounds for the end of winter.
[Reviewer: Rick]
War – Brodermordet by sacredbones