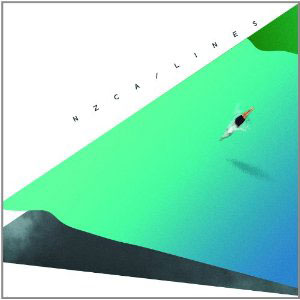 Hailing from London, Michael Lovett serves as the sole vocalist and instrumentalist for this lush, lively electropop project with a sound comparable to Hot Chip and Junior Boys. Citing R&B as a major influence – particularly from Timbaland’s production and Aaliyah’s work from her “Try Again” era – he incorporates several noticeable traits of the genre, such as multilayered vocals and moody-sounding keyboard lines.  The result is a catchy, breezy sound throughout. It’s particularly present on tracks like “Okinawa Channels,” which mixes calm vocals, old-school electronic synth and smooth strings, as
well as the particularly circuitous synth-laden chillout of “Work.” “Base64 Love” stands out as well: it sounds like an alluring romantic ballad with very unconventional lyricism (“if you’re out tonight / I’m formatting my hard drive / into FA1832 / but maybe we could play with the… ca-bles…”) The whole album is an interesting, well-played take on the electropop genre to say the least.
[Reviewer: Mark]
Black Dice Mr. Impossible
(Ribbon Music) 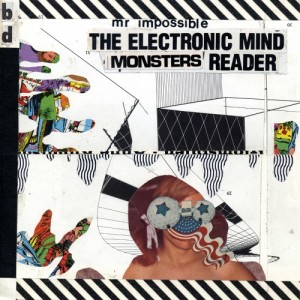 On the sixth full-length from this well-established Brooklyn experimental group, it really does sound like a natural progression from 2009’s Repo. Black Dice’s past efforts have evolved from violent art-punk to strangely soothing ambience to oddly danceable experimentation: here, they settle on more abstract arrangements of repeating patterns that work in several ways. For example, opener “Pinball Wizard” relies on two halves: a freaky 4-note downtempo buzz backed by spooky synth in the first, and a highly-kinetic drum that seriously gets the ball rolling (no pun intended) in the second. The energetic and colorful “Pigs” is easily the most accessible yet fun track: it sounds like a chopped-and-screwed mix of punk rock and rhythmic electronic weirdness. Also, the eight-minute-plus “Carnitas” interestingly manages to sound both sleepy and busy, with new, free-structured sounds popping up both gradually and unpredictably. Once again, Black Dice manage to craft fascinating, drugged-out dream worlds –I look forward to seeing how they’ll further evolve in the future.
[Reviewer: Mark]