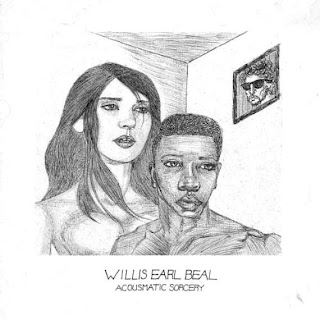 In addition to obviously sharing a word in each name, it’s easy to draw comparisons between Beal and the late Wesley Willis: both are warm-natured, creative personalities from Chicago, where they never let their especially low-income realities get in the way of their music and art (Beal even openly shares his address and phone number for anyone who wants a drawing made or a song sung for him or her.) With pretty much just his bellowing voice and a few found objects (a standard-sounding acoustic guitar, something that sounds like a tweaked music box, some unidentified clinking and clanking items, etc.,) Beal has created an endearing sound that’d only be ruined if it were polished. He proves his versatility with several styles such as gritty blues crooning (“Take Me Away”) and ambitious, thoughtful rapping (“Ghost Robot.”) He shines the brightest, however, on his intimate acoustic ballads: his personal, calmly delivered lyrics on tracks like “Evening’s Kiss” and “Monotony” really do sound like they’re coming straight from the heart.
Tanlines – Mixed Emotions
(True Panther Sounds) 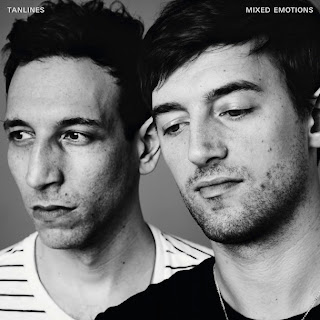 I’ve always enjoyed the comfortable, lush sounds of 80s synth-pop, so this Brooklyn duo’s summery, danceable tunes feel right at home for me. It’s no surprise that they cite their childhood bands (such as New Order) as influences, with the result sounding like a fresh, organic take on the style. Vocalist-guitarist-keyboardist Eric Emm’s solid baritone stands out: he developed a more natural, spirited and thoughtful technique after he and Jesse Cohen (drums, keyboards, bass) were evicted from their studio. It’s fitting to hear such a voice in tracks like the tidal ambience-washed opener “Brothers” and the island-flavored “Yes Way” and “Real Life,” the latter of which has the happy synth buoying a steel drum rhythm. The most dream-like track “Abby” drifts through a synthesized nebula with its interestingly repeated lyrics (“I don’t want to do any more than you / even though I fall behind…”)