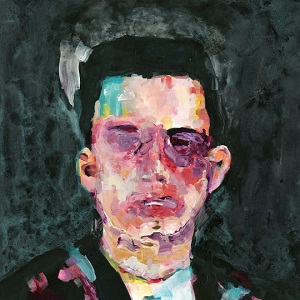 [Buy From RSR Online]
(Ghostly International)
Was born in Texas and moved to Michigan while he was a teenager.  In Michigan he was influenced by the Detroit Techno scene.  Dears style can be seen as glitch, techouse, and electronic avant- pop.  I believe Dears new album to have more of an electronic, indie, rock influence to it.  His newest album, Beams, has upbeat futuristic beats with dance floor ready tempos.  He companies his upbeat tempo and more than fun beats with his intense and deep lyrics that seem to be very personal to Dear.  This new album reminds me of a very upbeat and techno like TV on the Radio.  If TV on the radio was going to do a techno dance party on a spaceship, this is probably what it would sound like.  Dear’s music contradicts itself in many ways, which he believes to be his different personalities shining.  Dear’s music has changed very much throughout the years and this album is his most rock like album yet. Dear’s many personalities are seen as his “Beams”, hence the new album.  If you are ready to hop on the futuristic dance floor then Beams is a perfect album for you.
[Reviewer: Kacie] 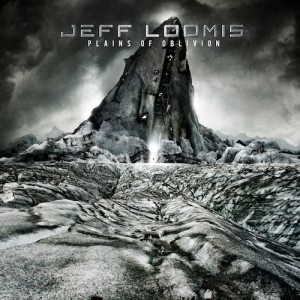 (Century Media)
Best known for being the lead guitarist of the progressive/thrash/neo-classical metal band Nevermore, Loomis further demonstrates his incredibly advanced techniques on his second solo record. Like one would expect from him, he manages to pull off an epic scope with a combination of white-hot shredding and soaring licks to craft songs that really feel like they’re telling a story (opener “Mercurial” sets the mood excellently by employing both aforementioned elements.) The lightning-speed “Escape Velocity” is another favorite, with several blasting breakdowns to punctuate the face-melting guitar chords. The acoustic, medieval-sounding “Rapture” demonstrates his flexibility well, with an array of complex string techniques. Loomis didn’t accomplish this all alone, though: he features an impressive roster of guest guitarists for solos as well, including Attila Vörös from Hungary (“Requiem For The Living”) and Tony MacAlpine from the U.S. (“The Ultimatum”), as well as ex-Megadeth members Marty Friedman (“Mercurial”) and Chris Poland (“Continuum Drift.”) Though most of the tracks are instrumental, he also invites guest vocals from Christine Rhoades (“Tragedy And Harmony” and “Chosen Time”) and Insahn (“Surrender”) to further punctuate the feeling.
[Reviewer: Mark] 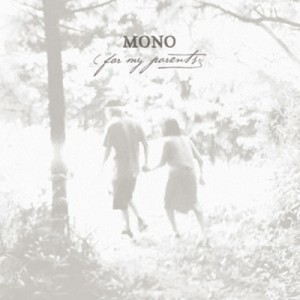 [Buy From RSR Online]
(Temporary Residence Records)
Mono is a band from Japan that has been experimenting with post- rock/instrumental rock since 1999.  Mono is made up of electronics, strings, chorus, a pianist, and a saxophonist.  This new album by Mono reminds me of a much calmer more fine tuned Explosions in the Sky. Not to get confused that they are any better or worse than Explosions.  Mono’s instruments are just timed more particularly then that of Explosions and other Instrumental bands.  They are precise with their execution and because of this great harmonization the band sounds like a Japanese symphony.  While listening to the album I felt myself placing Mono in either a symphony hall or in a grungy rock hall.  Mono has moved into a brighter territory of music that is uplifting with their triumphant climaxes.  Their eruption of noise is much more tamed then past albums.  While listening to the album I felt as though I was watching a Japanese War movie (in slow motion).  The guitars feel as though they are melting out of the speakers and pouring into my ears. The album makes for a musically emotional roller coaster.  The light guitar repetitions along with the bombastic drums erupts into an uplifting climax in every song which makes the album somewhat soundtrack like.  This would be a perfect album to listen to on a long train ride home.
[Reviewer: Kacie] 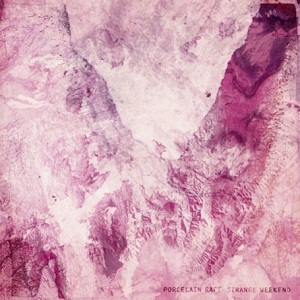 [Buy From RSR Online]
(Secretly Canadian)
Rome-born and NYC-based Mauro Remiddi is a composer, songwriter and musician: after a 2010 EP, this is the first full-length from his current project. Although his original band, Sunny Day Sets Fire, focused on indie-pop, Porcelain Raft is all about dreamy, atmospheric electropop. His warm, ethereal and lo-fi sound can be attributed to a combination of his wistful, echoed vocals with a varied, driving drum machine, bright-sounding acoustic/electric guitars and a generous helping of sensual synth. The end result sounds quite refreshingly natural, which isn’t an easy feat for an album based mainly on numerous electronic effects. My favorites include the twinkling opener “Drifting In And Out,” with a head-bobbing rhythm to complement the shimmering, descending synth notes. “Unless You Speak From Your Heart” takes a similar kind of drum pattern, with a greater focus on an easily memorable melody. Acoustic-based “Picture” is another unique standout, with the sunny guitar backed by a chunky hip-hop sounding beat.
[Reviewer: Mark]