On April 12th the store turns 8 years old! As usual we’ll be having a week long sale. The sale will run from April 11th to April 17th. 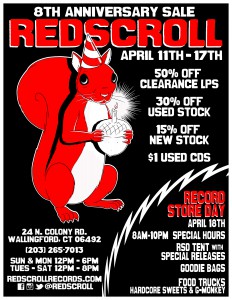 On April 18th it will be Record Store Day and we will once again be participating. We’ll be opening at 8AM and closing at 10PM.  We’ll have a special store set up different from any other time before (more on that later).  All the usual bells and whistles (goodie bags, food trucks). We’ll have a ton of the special releases.

You can view a list of all the releases of the day here: http://www.recordstoreday.com/SpecialReleases


We’ll post a list of what we actually have in the store the night before (on the April 17th Update). We’ve ordered basically everything, but we won’t know what we’ll actually get until it shows up. 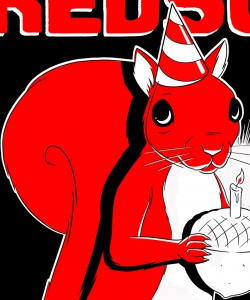 We’re going big with the 8th Anniversary Sale this year. Big discounts: 30% off all used stock, 50% off clearance items, used CDs for $1 and 15% off new stock.  To be clear, the sale will actually end on the Friday before Record Store Day. We’re starting it earlier than usual and ending it that day for a variety of reasons, but most of all to try and make every day of the week ahead of time a breeze to get in and get those deals. 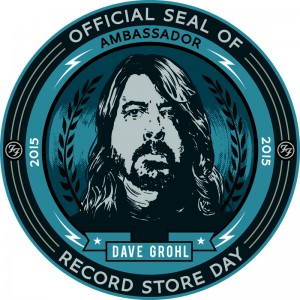 On Record Store Day (April 18th) we will again have the RSD specific line in the back of the store, but instead of it leading to the front of the store it will just be it’s own sort of pop-up shop. The tent will be in the lot. We’ll have a register out there and all the RSD items will be in it. Regular shoppers will still be able to come in through the front door and shop throughout the day as well, but now without the congestion of the RSD specific titles at the front of the store. Long story short: regular record shopping in the store, Record Store Day shopping in the tent!