Special hours this weekend: 10AM-8PM Saturday (12-23-17) and 10AM-4PM Sunday (Christmas Eve). Closed Monday for Christmas Day and then back to normal hours on Tuesday. 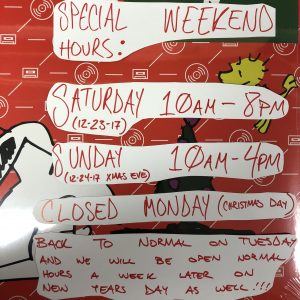 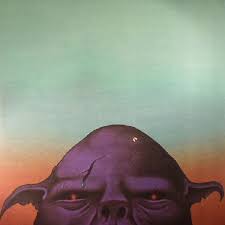 (Castle Face)
Previously known as Thee Oh Sees (among other names), this ultra-prolific San Francisco garage/psych-punk four-piece continues to sound fresh and compelling on this nineteenth studio album (fourteen years after their first album, which was under the name OCS.) With the help of Ty Segall’s engineering and production, the sound strikes the right balance of raw and refined. It kicks off with the wild and catchy single “The Static God”, which keeps the listener pumped throughout its nearly four-and-a-half minute runtime without dragging. I really liked the eight-minute “Keys to the Castle” as well, starting with two minutes of invigorating rock before unexpectedly segueing into a calm, emotional, instrumental ambient remainder, like a somber reflection of a deserted warzone.
[Reviewer: Mark] 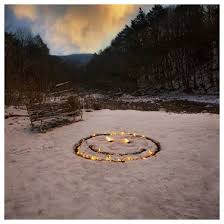 (Planet Mu)
This American duo (consisting of Logan Takahashi and Nick Weiss) creates intoxicating electronic music that incorporates ambient, downtempo and techno elements. This latest album is meant to serve as “the next day” of Teengirl Fantasy’s 2010 debut 7AM, “stretching ambient themes in multiple directions, scattering with the morning light” when one’s body is resting while the spirit is thriving. Some of my favorites include the lush, chilled-out synth-laden “Crash Soft” and the kinetic beat-driven, shimmering “Star-rise”.
[Reviewer: Mark]