You can pre-order the new Fiddlehead album with us now here:
https://redscrollrecords.bigcartel.com/product/pre-order-fiddlehead-between-the-richness-lp-amber-cloud-vinyl-ltd-to-1000-copies

The Amber Cloud color variant of the Fiddlehead “Between the Richness” LP on Run for Cover Records. 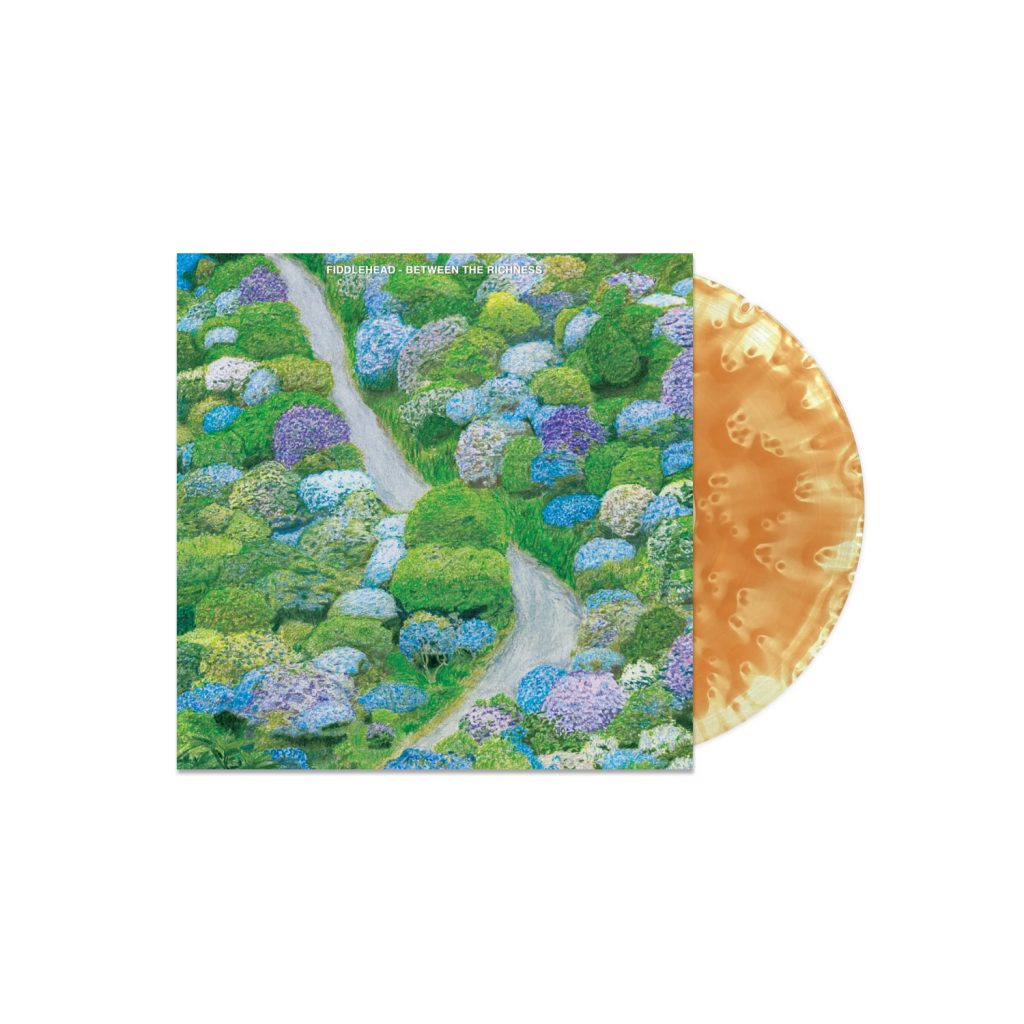 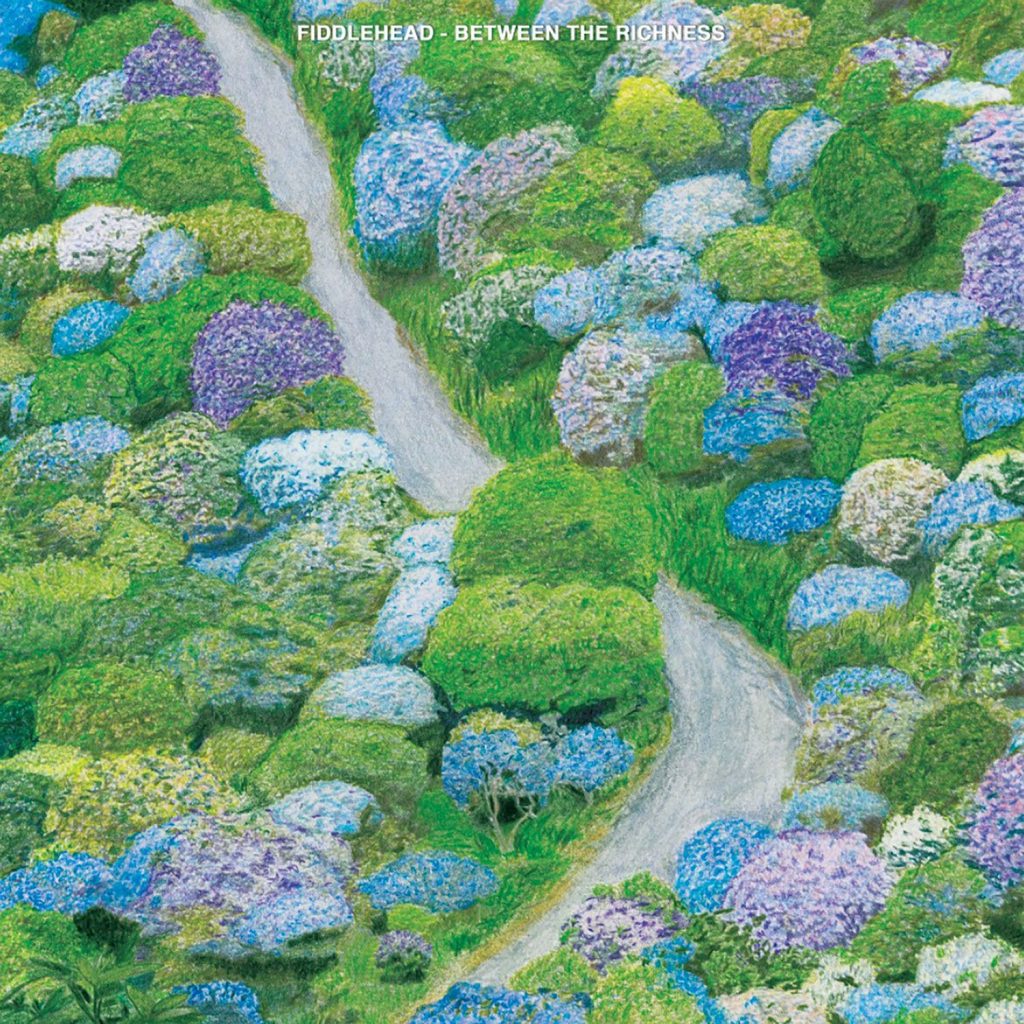 Fiddlehead wasn’t supposed to make a second record. But, if we’re being totally honest, they weren’t supposed to make their first record either. Formed in what singer Pat Flynn describes as “a deeply, deeply, laughably depressing part of my life,” Fiddlehead was born with modest intentions. Flynn and his then-roommate, guitarist Alex Dow, decided to work on some songs, and with Basement having just broken up, guitarist Alex Henery entered the fold. Drummer Shawn Costa and bassist Adam Gonsalves—who has since been replaced by Casey Nealon—linked up with them and, all together, they wrote what would become the Out Of The Bloom EP. Those five songs established what Fiddlehead would be, a band that merged elements of post-hardcore, post-punk, and classic ‘80s emo into something that felt distinctly theirs.

After the release of their debut album Springtime & Blind, the band did some weekend-long tours, and saw that their music was hitting people harder than they ever expected. “Kids were singing along in a very desperate way and we realized it wasn’t just resonating with us, it was resonating with these people in a really meaningful way,” says Flynn. Springtime & Blind was a hit for many reasons, but chief among them was Flynn’s open-hearted exploration of his father’s passing, which saw him use his lyrics as a means of relating to and understanding his mother’s grief. So when it came time for Fiddlehead to work on a second record, people weren’t just curious what the songs would sound like, they were curious what they’d even be about.

Between The Richness effectively picks up where Springtime & Blind left off, as Flynn dives headfirst into that same subject. But astute listeners will notice a major difference this time: Flynn is singing about himself. “These massive things happened in my life between the first record and this record. It just so happened that I ended up getting married, I had a child, and it was around the 10-year anniversary of my father’s passing. So what if I want to write another record about how I feel about the loss of my father? Will people be like, ‘Pick another topic, dude.’ So, the opening track is called ‘Grief Motif’ because it’s the idea that this is an eternal struggle that will never go away. Take it or leave it, but it will be part of this dude as long as he’s got a pen in the hand.”

Between The Richness explodes with an energy that usurps that of Springtime & Blind. The guitar riffs of Dow and Henery are their most anthemic and combustive yet, making songs like “The Years,” “Get My Mind Right,” and “Down University” not just serve as the backbone for Flynn’s personal ruminations, but empathetic, emotional musical stabs that hit the listener just as hard. Meanwhile, Costa and Nealon give the songs a propulsive heft, allowing a track like “Million Times” to dart into unexpected territories without ever feeling alien.

But at the center if it all is Flynn. He’s a different person than he was on Springtime & Blind, because he’s now a father himself. And that experience colors the journey he goes on throughout the album. “My son’s name is Richard and my father’s name is Richard, so it’s literally between the two of them. But it’s also the richness of life and the richness of death. It was important for me to capture that perfectly paradoxical feeling,” says Flynn. “We started writing this record two weeks after my son was born, and it’s a really great way for him when he’s older—and when I’m gone—to say, ‘My father wrote this in the first year of my life. What does that mean?’” It’s an attempt to put words to that strange place we all exist in, that place between the richness.