Happy new year, all! 1st update of the new year; a new year that will hold many more along with some other exciting news down the line.  We made the same promise last year and think we held up our end. Let’s do it again. 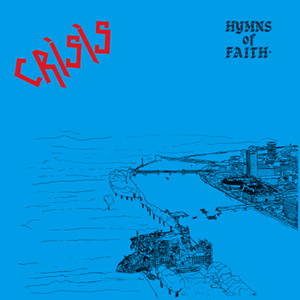 (La Vida Es Un Mus)
This is a reissued LP by a well enough known band that includes Douglas P. (Pre-Death In June). Post punk a la Joy Division or Wire or Television (which is a fun coincidence because the first song on here is “On T.V.”) or a bunch of other bands you can lump into this huge category of snotty brit-rock from the 70s and 80s. This is a repress that stays true to the original with the identical sleeve (with a different record label imprint being the notable difference) and with a black and white glossy insert with band pic on one side and a collage of pictures, written words and newspaper clippings on the other. I really feel like that’s all I need to write about this so yea, good record that I’m glad we now carry.
[Reviewer: Rick] 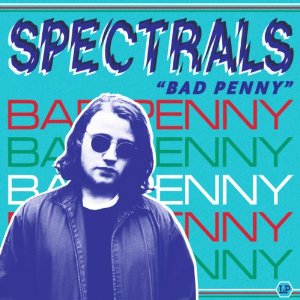 (Slumberland Records)
Though it may sound like the work of a full band, Spectrals is a project from 21-year-old Louis Jones of Yorkshire, England – he wrote and provided vocals for all of the songs, and also played 9 of the 12 instruments featured. “Nostalgic” is a fitting descriptor for his brand of indie-pop-rock – he settles on a blend influenced by the 50s and 60s, with structures reminiscent of early rock ‘n’ roll and doo-wop, as well as guitars and synth creating a surf rock-vibe. Though the record does have a pretty comfortable “pop” element throughout, he isn’t afraid to be somber; his love life is a recurring theme, with topics such as the fear of settling down and “missing the chase” (Doing Time.) He also reflects by saying “love isn’t love until it hurts” (If I Think About The Magic Will It Go Away?) His vocal delivery is mellow throughout, making him sound quite content and experienced when it comes to dealing with romantic problems that could be gut-wrenching to others. On this record, he reaches a good balance between sounding true to the era he represents and being well-produced enough to be accessible to a wide audience.
[Reviewer: Mark]