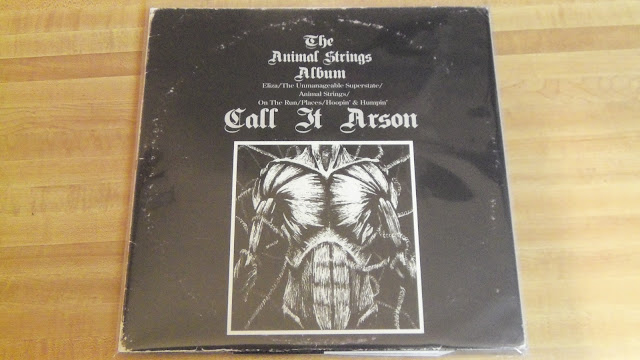 Official Release Date: February 21, 2012
Taking Pre-Orders NOW!
Call It Arson has recently gotten back together and hit the studio to record new material for an upcoming record. We’re happy to offer you for the first time on vinyl one of the best albums ever released by a Connecticut band. Animal Strings is the twelfth Redscroll Records release and was originally released on compact disc in 2006 by Killnormal Records. This 150-gram LP version comes in a high quality gate-fold cover and includes a download card featuring a bonus remix by Mansuit of the song “Murder My Nightmares” from The Friend for Life EP (2002). This LP is limited to just 500 copies total.

For those unfamiliar, Call It Arson is an indie folk rock band with a wide range of influences. Just check out the videos below. The price of the record is $14.97 and shipping anywhere in the US is $4 via USPS Media Mail.
[International Buyers should contact us ahead for a quote on shipping.]

We’re taking orders on these now and they will ship out to you on
Friday, February 17th.  They’ll be available in store starting on the 21st.