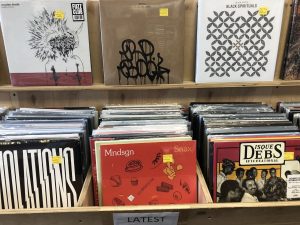 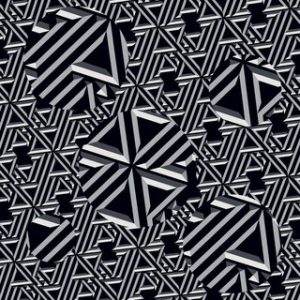 (Warp)
Hailing from London, this IDM duo consisting of Andy Turner and Ed Handley has been active since 1991, collaborating with and/or remixing music of artists like Björk, Red Snapper, Mara Carlyle and Goldfrapp (as well as scoring the 2006 anime film Tekkonkinkreet.) On this eighth record, they further showcase their dense, intricate brand of electronic music (called “post-techno” by some critics) along with multi-instrumentalist Benet Walsh providing guitar on a few tracks (as well as tin whistle on the uniquely earthy/techno hybrid “Lambswood”.) Single “CLOCK” creates something emotional and massive-sounding out of its hook that seems to grow like a tower ascending to the heavens.
[Reviewer: Mark] 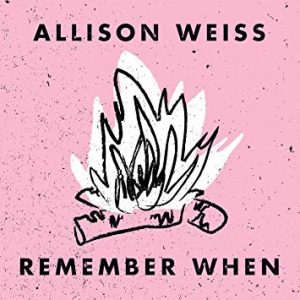 (No Sleep)
This Michigan-born and Georgia-raised indie-pop singer-songwriter is now known as A.W. (they came out as nonbinary after this EP’s release). The five songs are bright and intricate rock/pop with recurring themes of looking back on past love: the opening title track is about feeling completely disillusioned and “lost at sea” with a former partner, and another highlight well as a tender acoustic cover of Robyn’s bittersweet but good-natured “Call Your Girlfriend”.
[Reviewer: Mark]