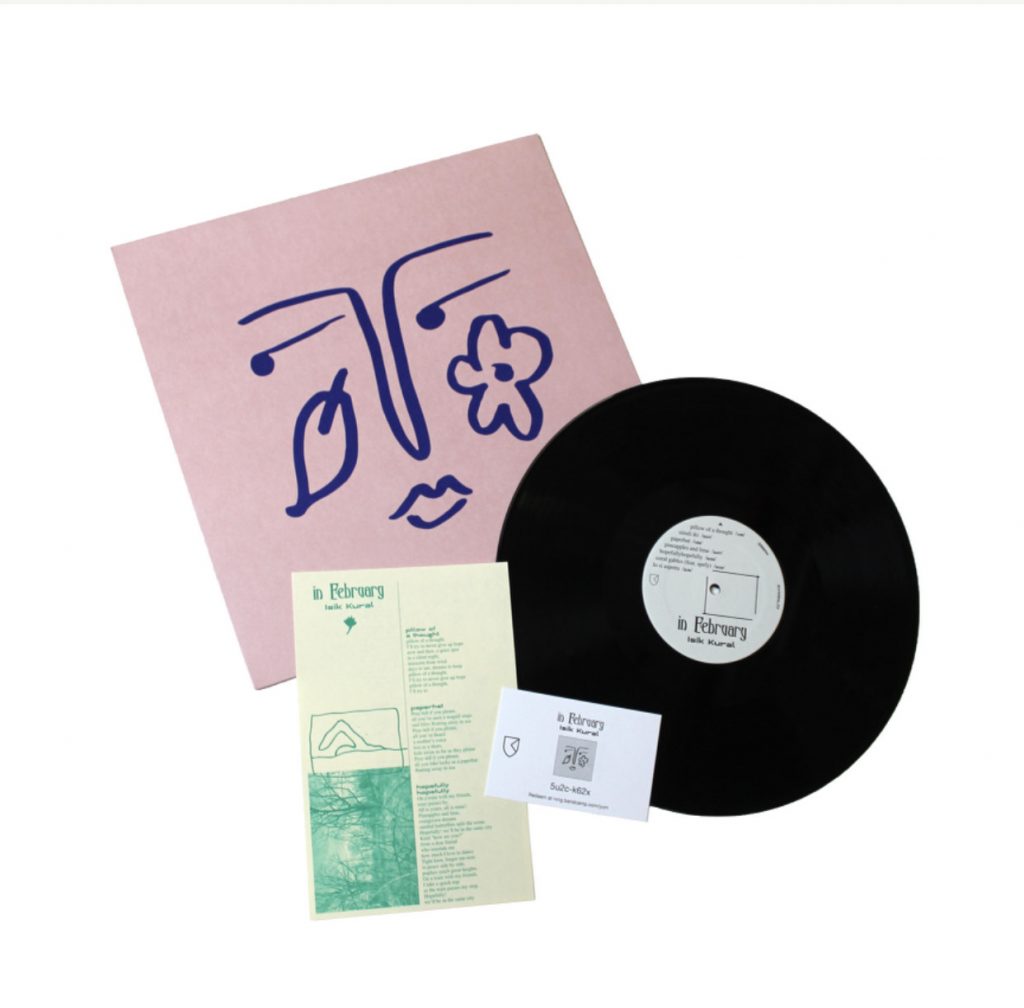 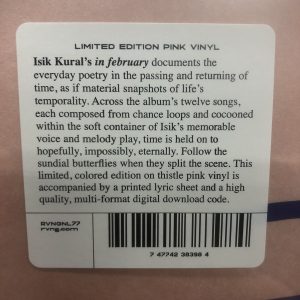 END_OF_DOCUMENT_TOKEN_TO_BE_REPLACED

Deathwalker of Nihil Invocation and Vengeance Sorcery joins us this month on the Podcast. We talk about black metal and more black metal and what we’re listening to and how Deathwalker records and what led him to this path and how the backwoods of Connecticut are just as isolated as could be.  And more of course – not least of which is the signing of the 2 mentioned bands to Nuclear War Now! 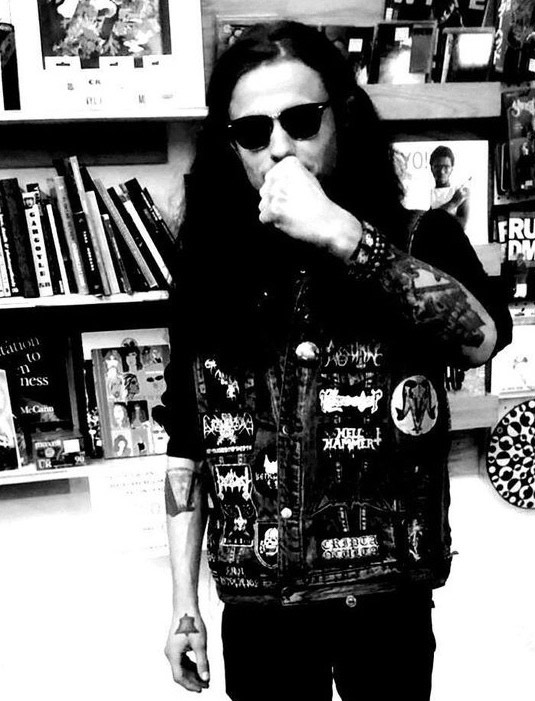 Music on this episode:

Closing:
Nihil Invocation “The War I’ve Waged to Life and Those Who Cherish” The Valleys Green and Journeys Mourned
Vengeance Sorcery “Abyss Realms of Time and Mind ” If None Will Call the Devil’s Blood… 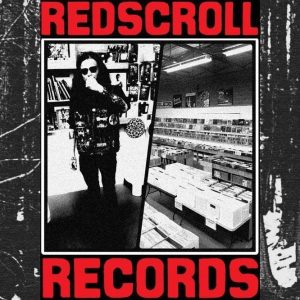 As you may know Redscroll also releases music from time to time by bands / projects we enjoy from the surrounding area. (If you’re not familiar here’s our Discogs page for the label and its releases.) We wanted to keep that up this year and in the current climate of long wait times for vinyl pressing we had the idea to do a cassette project. SURPRISE! We’ve got 9 (NINE!) cassette tape releases, 8 Bands. All killer, no filler! OUT TODAY and SHIPPING NOW! Each tape is professionally duplicated in an edition of 50 so get ’em while the gettin’ is good! 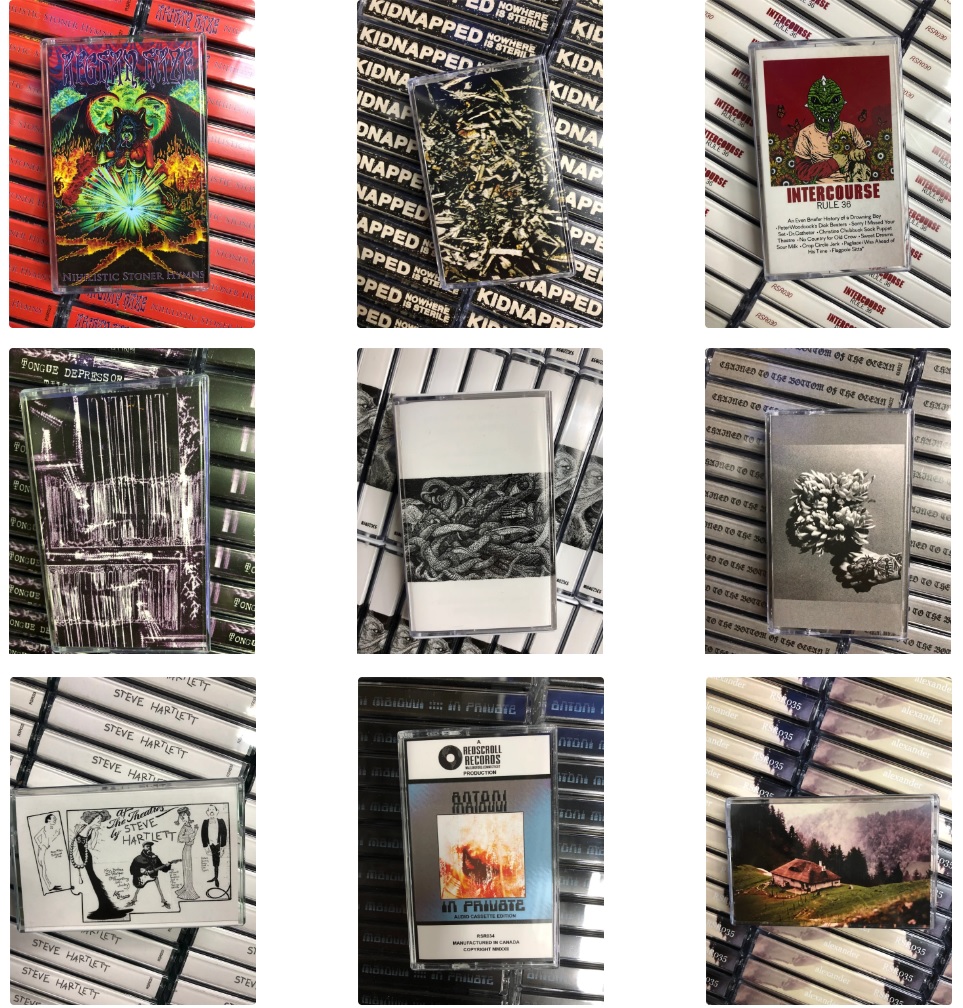 Listen to us talk about it on a short podcast episode and hear some short clips of the bands. Check out the write-ups below and click their links for further deep dives. A lot of these folks have been on our podcast too so please do check those out if you are so inclined! 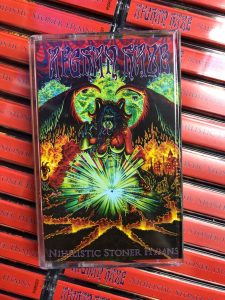 Cassette version of their sold out 2020 LP. Stoner doom from the woods of CT.

“Afghan Haze are never going to be the band that creates uplifting and soulful grooves as this album’s heart is Pitch Black but there is a lot of cool Psychedelic and Progressive riffs that can be heard from the excellent opening song – Burn The Ghost. A winning combination of slow-paced riffs and warped ideas that allow Afghan Haze create an almost “NOLA” style of music especially towards the later stages of the song.

Overall, Nihilistic Stoner Hymns is a thrilling and superbly well made record that will entertain you throughout the bleak Winter Months of 2021.” – Outlaw of the Sun blog 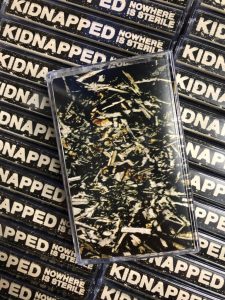 Previously released as a limited 7” by Larry Records/Mangoe Records. This is our 2nd release with CT’s premier power-violence band.

Catch them touring with Livid from March 4th-17th and later in March playing the Webster in Hartford on the 25th with Integrity and Full of Hell.

“Kidnapped have been an “if you know, you know” band since their first demo in 2017, and while in some ways the world is finally turning to notice the powerviolence golem lurking around Connecticut, it is more like that golem grabbed the hardcore world by the lapels and headbutted it in the nose. If you aren’t listening to Kidnapped, you haven’t been paying attention.

With a quartet of musicians this skillful and this good at communicating with one another, the complicated changes in tempo and style and the ingenious dissolution of genre borders feel totally natural. Aggressive fastcore blasts give way to some of the grooviest, in-the-pocket breakdowns of the year, only to shift to old school death metal and again to thrashcore. This band makes the impossible seem easy.” – Cvlt Nation (Top 10 Grindcore Releases of 2021) 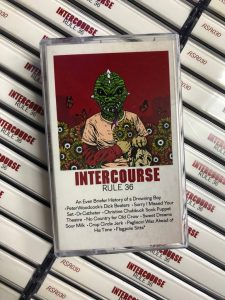 We had been trying to release something by Mineva for a few years, but as that band dissolved and half the band went on to be in Intercourse this seems to be the culmination of that path. Renowned for incendiary live shows and ferocious stage presence, Intercourse carve a singular niche within New England’s outsider (re: noise rock) hardcore scene. Forthcoming LP version on Reptilian Records.

“Sonically it is offensive to any self-respecting Christian household” -Shinygremonotone

“To the question “Fave Track” I had initially written “Impossible question, fuck right off” as a working title, because every single song, a banger.” -Abbie Bateman, Boston Hassle

“Rule 36 is a twenty-minute cotton shot of deranged noise rock.” -From Corners Unknown

“for people willing to go beyond the typical, they exist to surprise and delight those weirdos looking for a hardcore band that take a different approach.” -New Noise Magazine 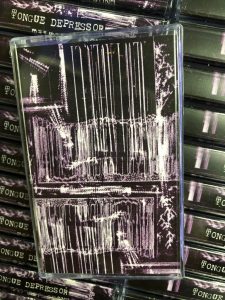 This is our 2nd release with Tongue Depressor. The LP we released last year sold out and was mentioned in a nice batch of year end “best of” lists.

They’re quite prolific together and apart and have had an incredible string of releases including this one. Instrumentation on this one include: bells, cello, resonator, lap steel, double bass and tapes.

[RSR-025CS] Chained to the Bottom of the Ocean “The Vestige”
https://chainedtothebottomoftheocean.bandcamp.com/album/the-vestige 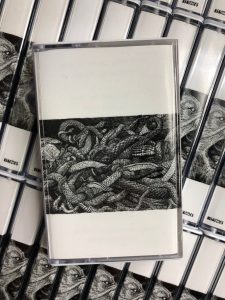 Cassette version of the collection of early out-of-print material we released as a double LP in 2020.

“Chained to the Bottom of the Ocean is the heaviest band I’ve ever seen.” – Vincent from The Acacia Strain

[RSR-032] Chained to the Bottom of the Ocean “Behind The Veil Inside The Machine”
https://youtu.be/MUiWmYA7NNM 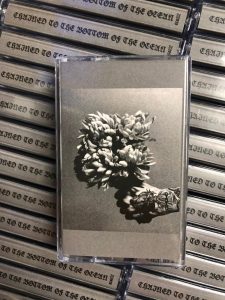 Live studio session recorded in the heart of quarantine at Machines with Magnets.

All the energy of a live Chained… set recorded in a sound studio. 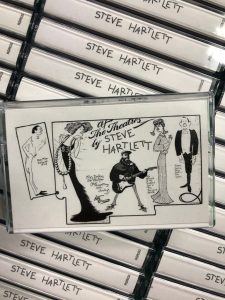 Steve recorded quite a few things during quarantine and released them digitally. This is 3 of those sessions collected on a single cassette: “Solitude For Dummies,” “Prelude to a Ghost Princess,” and “Molting.” 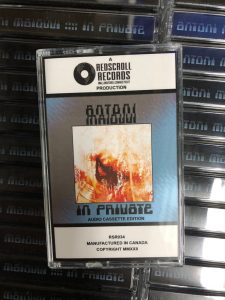 A recent UK transplant to CT by way of Berlin. A founder of the Giallo Disco label with numerous releases on labels such as Death Waltz, Lakeshore and Not Not Fun. Catch him touring as Ye Gods with Mogwai this April.

This is a soundtrack to a non-existent movie. Tangerine Dream, Harold Faltermeyer and John Carpenter are not distant cousins to this sound. 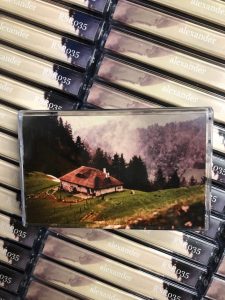 Alexander is a solo moniker of New Haven, CT native David Shapiro (Headroom, Kath Bloom, Center). He has shared bills with Mdou Moctar, Loren Connors, Susan Alcorn, Kate Village, and many more. He has released an LP, a split 7″ with Rob Noyes, and a handful of cassettes on C/Site Recordings. He has also self-released an LP and many cassettes that range from guitar soli to improvised electric guitar noise. “Words Are Pebbles Rolling in the River” is his first solo release on Redscroll Records. Contemporary folk guitar in the old country blues style tradition. David also works here!

It’s the beginning of a new year so first off HAPPY NEW YEAR! Hoping the best for everyone in the coming year! 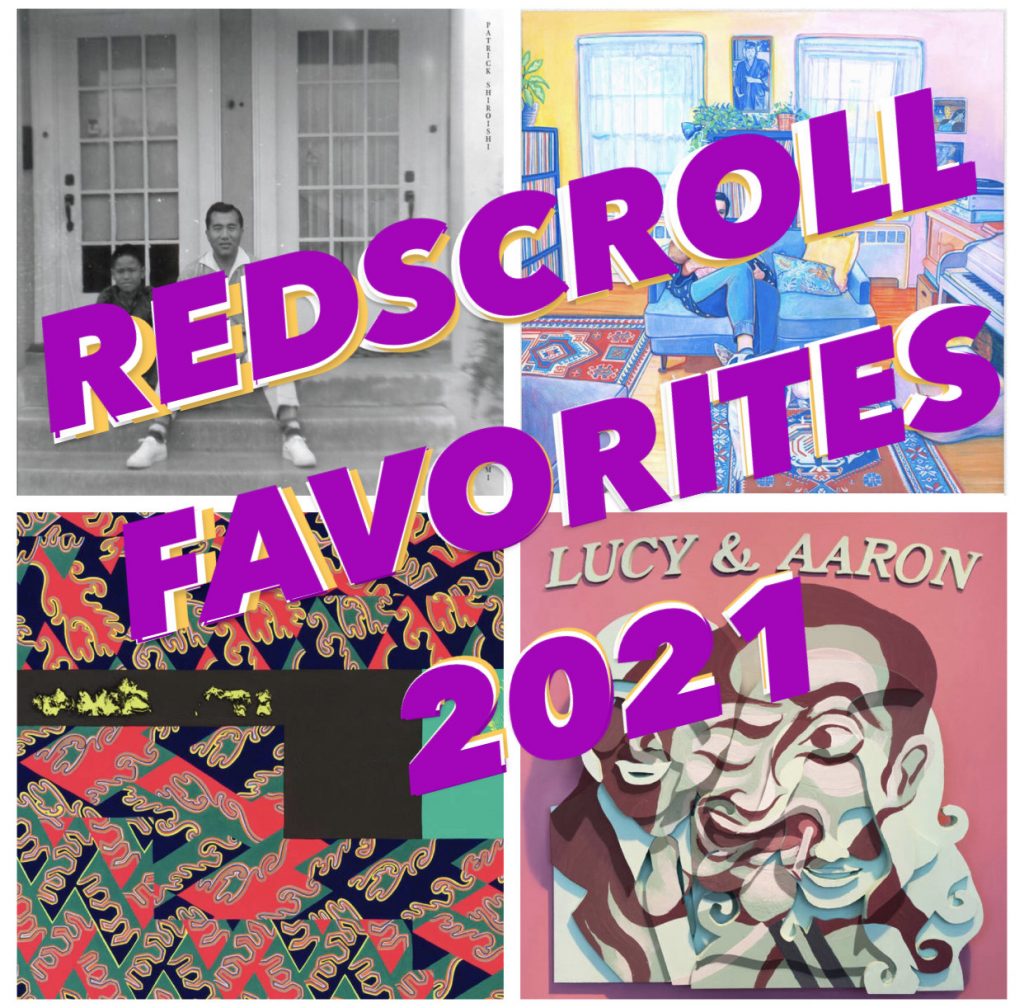 Rick and Josh host the podcast with no guests and plenty of music clips. We assembled a list for each of our full time staff here. Rick and Josh rip through their respective lists and then those submitted by Caren and David. All of those are listed below. Tune in for some light commentary and clips of them all to check out.

This past year brought us a ton of excellent music and that’s definitely reflected in these lists we’ve put together here. There is also a Spotify playlist linked below to give everything a deeper listen (aka check out the full songs and not just clips).

END_OF_DOCUMENT_TOKEN_TO_BE_REPLACED

‘Tis the season! Here’s a quick rundown of easy gifts we offer all year round that make great gifts for the music lover in your life.

If you know a person that loves to spend time digging through and finding something that catches their eye in our shop then a Gift Certificate is certainly a great gift! You can stop by and pick one up or buy on online here: 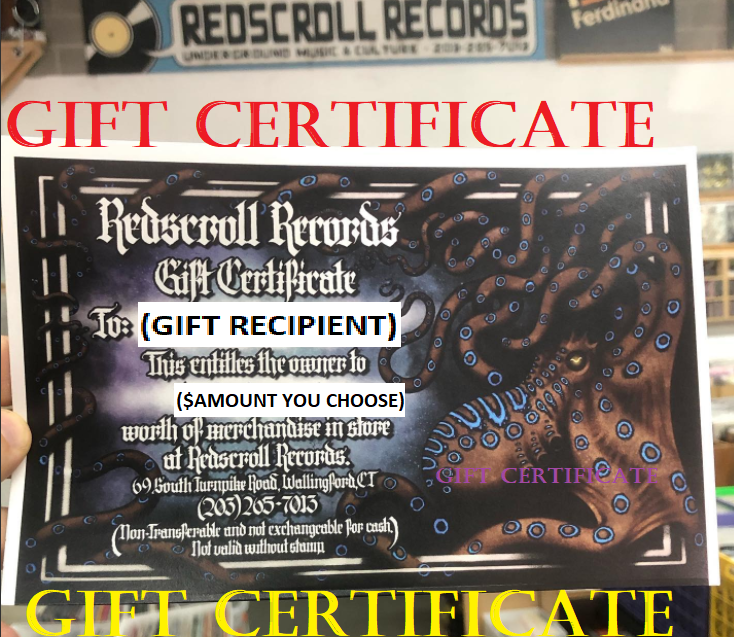 If you’d like buy a Gift Certificate of a greater or different amount than any of the options please feel free to buy them in whatever quantity equals the amount you’d like. Gift Certificates bought online are kept on file (we don’t mail them out) and you’ll get a receipt via email. Just make sure to let us know who it should be on file for please (if it’s not apparent to us we’ll email you to ask). We’ll email you a picture of it using the email used to purchase the Gift Certificate for you to print out and put in a card or however you choose to use it!

Of course, if you have a list to go by we are happy to take a look at it and help with any titles we may have in stock or possibly special order – sooner the better for that as always. We have plenty of standards in stock as well as not so standards!

Beyond records, record care is always a nice gift. We have cleaning kits, microfiber cloths, and various other record accessories that make nice stocking stuffers.